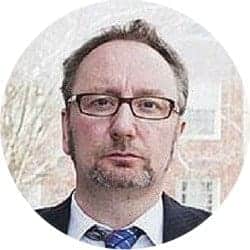 While the Greek crisis has occupied much attention in recent weeks, in terms of the Eurozoneâ€™s longevity, the Greek crisis will prove to be a sideshow. Greeceâ€™s threat to the Euro, once Finance Minister SchÃ¤ubleâ€™s ‘temporary exit’ was unveiled, was reduced to questioning whether a currency union â€˜with exitsâ€™ is still a currency union? The short answer is yes, it still is, and it shall remain so. If one accepts that the only Eurozone economy that is bankrupt is Greece, and that Greece will be treated as a ward of the Union for the foreseeable future, then with the rest of the Eurozone finally in recovery thanks to aÂ de factoÂ end to austerity policies via massive central bank interventions, the future of the Euro, at least in the medium term, seems assured.

Yet according to much academic commentary, the Euroâ€™s weakness lies in Europeâ€™s fractured institutional design, rather than in its Greek entanglements or its exit vulnerabilities. Upon such a view the unexpected depth of the recession was caused by a lack of common fiscal institutions, a banking union, common deposit insurance, and a genuine Euro bond. So when the crisis hit, deprived of institutions that would have acted as surrogates for domestic inflation or devaluation, the Eurozone economies were forced to adjust internally and simultaneously, and austerity became the only game in town. Yet despite the depth of the recession, the Eurozone has made great progress since 2010, with, for example, the construction of the fiscal compact and the banking union. But fragilities remain because of these incomplete institutions.

There is much to commend in this view. It is far from wrong. But it may be flawed as a guide to the Euroâ€™s future since it fails to take into account one very important factor. Once the Euro was introduced, what was once a political union based around â€˜the big fiveâ€™ of Germany, France, Italy, Spain and the United Kingdom, became a far more diverse economic union of 27 members. Yet within this apparent cacophony of interests and agendas we can see a new Europe emerging from the crisis where the dividing line will shift from North versus South to those that can run consistent current account surpluses and those who cannot. Those who can will prosper with the Euro. Those that cannot – deprived of their own currency – will have to keep making painful internal devaluations, or will have to head for the exit.

The Euro Has Different Effects On Different Countries

Given that domestic demand is given short shrift in Eurozone economic policymaking, the long-term future of the Euro rests upon the ability of member states to compete with the Americans and the Asians in global export markets. In such a world domestic demand necessarily plays second fiddle to price stability. Specifically, as the Asian countries continue to move up the product ladder and the Americans continue to dominate the top end of the value chain, the ability of export-led Europe to prosper depends upon continual product quality improvement tied to price stability, and in this regard the recent article by Professor Schuknecht, the Chief Economist of the German Federal Finance Ministry, inÂ SÃ¼ddeutsche ZeitungÂ is correct. Keynesian style reflation undermines this policy mix because in an export-led economy you need someone else to stimulate while you control prices and wages. Boosting wages and prices simply makes your exports more expensive. In such a world the Euro has very different effects on different countries, and blocs of countries.

If you start in Finland, cross Sweden and Denmark (twoÂ de factoÂ Euro members), travel down through Germany to northern Italy, and then turn east into Slovakia, the Czech Republic, out to Romania, and journey back up through Austria to Poland, a new Europe is emerging that is uniquely adapted to playing this continent-wide export led growth model. These are countries that have either had historically open and export-led economies, or they were post-communist states that destroyed existing institutions in their transition and embraced far more neo-liberal alternatives. For the former group of countries the Euro has given them an exchange rate lower than they would have as individual states. For the latter group, the Euro has integrated them into the German-led export supply chain for high quality export Europe.

What About Those Countries That Canâ€™t Adapt To The Growth Model?

The numbers tell their own story in this regard. It is well known that Germany is the worldâ€™s export champion with a current account surplus of 7.75 percent of GDP. But this is also true for Sweden at 7.07 percent, and Denmark at 6.85 percent. The Eastern countries that traditionally ran deficits are now all in surplus. The Czech Republic went from having a 5 percent current account deficit in 2004 to running a surplus today. Poland has gone from an average of 4 percent prior to the crisis to a surplus today. Slovenia has gone from a 2.2 percent average trade deficit to a surplus of 5.9 percent today.

What is even more telling is the integration of the Eastern economies into the German export supply chain. One third of the exports of these three countries go straight to Germany. Averaging out the six largest Eastern European exporting countries yields 26 percent of their exports making the same journey. Having rebuilt their capital stock and integrated their exports into the supply chains of the northern member states, a new Europe that is well served by the Euro is emerging, and here the future of the Euro is secure. It is perhaps unsurprising then that these countries were among the harshest critics of Greek pleas for financial leniency.

But what about those countries that canâ€™t adapt to this growth model? Italy provides an interesting case insofar as it hasnâ€™t grown in over a decade but it too has moved its supply chain into the eastern member states and is now running a surplus. Austerity shocked Portugal has gone from a 7 percent deficit to a 1 percent surplus. Spain has done the same having gone from a 10 percent deficit to a 1 percent surplus. The two outliers are France, which used to run a surplus and now runs twin budget and trade deficits of 4 and 1 percent, and, although outside the Euro but in the EU (for now) the UK, which has twin trade and budget deficits of 6.2 and 4.9 percent respectively, but can at least devalue periodically and seems to live quite comfortably intermediating rest-of-the-world capital flows.

What this suggests is that the larger domestic demand-driven economies, typically those with large welfare states, will have a harder time living within export-led Europe. They will either have to violate their budgetary commitments or adjust downwards internally to compensate for their inability to devalue. These countries will be new â€˜weak linksâ€™ in the Euro for whom heading for the exits may prove more appealing over time.

Three conclusions follow from this analysis. The first is that while countries such as Portugal and Spain can indeed run a surplus, much of that has come about due to a collapse in domestic demand. Given the unemployment levels that still persist in these states the political sustainability of this policy mix is questionable. High-end export sector jobs can be and are substituted for capital more easily than in other sectors. As a result high end manufacturing employment is in a long-term decline. If the shift to exports produces high corporate profits but does not impact domestic wages and employment symmetrically, this may be a source of future weakness.

Second is that European bond yields will remain negative in real terms for a long time. Remember Ben Bernankeâ€™s savings glut? This was the pre-crisis theory that Asian trade surpluses were creating an excess of global savings that depressed global interest rates and bond yields. If Europe continues along its current trajectory, we will have the Eurozone version of this. The counterpart to this huge increase in the Eurozone current account surplus is an excess of savings over investment. This does not just imply that Japan-style bond yields are likely to be a near-permanent feature of the Eurozone, it also implies that bonds in the rest of world, which are competing assets, will be lower than prevailed pre-crisis.

Third, this new system may be robust locally but fragile globally. After all, it relies upon everyone else not having an excess of savings over investment. This new Europe is effectively free riding of consumer spending elsewhere, which leaves its economic fate in the hands of others. With the Asians and the Europeans all exporting simultaneously, if the remainder of the world stops consuming, then the whole system could come off the rails rather quickly.

In sum, the Euro is quite secure from Greek defaults and British exits and other near term risks. But its own new growth model may prove to be its weakest link over the longer term.

This column was first published by SÃ¼ddeutsche International