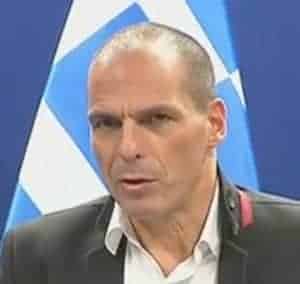 On September 6, 1946 US Secretary of State James F. Byrnes traveled to Stuttgart to deliver his historic “Speech of Hope.” Byrnes’ address marked America’s post-war change of heart vis-à-vis Germany and gave a fallen nation a chance to imagine recovery, growth, and a return to normalcy. Seven decades later, it is my country, Greece, that needs such a chance.

Until Byrnes’ “Speech of Hope,” the Allies were committed to converting “…Germany into a country primarily agricultural and pastoral in character.” That was the express intention of the Morgenthau Plan, devised by US Treasury Secretary Henry Morgenthau Jr. and co-signed by the United States and Britain two years earlier, in September 1944.

Indeed, when the US, the Soviet Union, and the United Kingdom signed the Potsdam Agreement in August 1945, they agreed on the “reduction or destruction of all civilian heavy-industry with war potential” and on “restructuring the German economy toward agriculture and light industry.” By 1946, the Allies had reduced Germany’s steel output to 75% of its pre-war level. Car production plummeted to around 10% of pre-war output. By the end of the decade, 706 industrial plants were destroyed.

Byrnes’ speech signaled to the German people a reversal of that punitive de-industrialization drive. Of course, Germany owes its post-war recovery and wealth to its people and their hard work, innovation, and devotion to a united, democratic Europe. But Germans could not have staged their magnificent post-war renaissance without the support signified by the “Speech of Hope.”

Prior to Byrnes’ speech, and for a while afterwards, America’s allies were not keen to restore hope to the defeated Germans. But once President Harry Truman’s administration decided to rehabilitate Germany, there was no turning back. Its rebirth was underway, facilitated by the Marshall Plan, the US-sponsored 1953 debt write-down, and by the infusion of migrant labor from Italy, Yugoslavia, and Greece.

Europe could not have united in peace and democracy without that sea change. Someone had to put aside moralistic objections and look dispassionately at a country locked in a set of circumstances that would only reproduce discord and fragmentation across the continent. The US, having emerged from the war as the only creditor country, did precisely that.

Today, it is my country that is locked in such circumstances and in need of hope. Moralistic objections to helping Greece abound, denying its people a shot at achieving their own renaissance. Greater austerity is being demanded from an economy that is on its knees, owing to the heftiest dose of austerity any country has ever had to endure in peacetime. No offer of debt relief. No plan for boosting investment. And certainly, as of yet, no “Speech of Hope” for this fallen people.

It is the mark of ancient societies, like those of Germany and of Greece, that contemporary tribulations revive old fears and foment new discord. So we must be careful. Teenagers should never be told that, due to some “prodigal sin,” they deserve to be educated in cash-strapped schools and weighed down by mass unemployment, whether the scene is Germany in the late 1940s or Greece today.

As I write these lines, the Greek government is presenting the European Union with a set of proposals for deep reforms, debt management, and an investment plan to kick-start the economy. Greece is indeed ready and willing to enter into a compact with Europe that will eliminate the deformities that caused it to be the first domino to fall in 2010.

But, if Greece is to implement these reforms successfully, its citizens need a missing ingredient: Hope. A “Speech of Hope” for Greece would make all the difference now – not only for us, but also for our creditors, as our renaissance would terminate the default risk.

What should such a declaration include? Just as Byrnes’ address was short on detail but long on symbolism, a “Speech of Hope” for Greece does not have to be technical. It should simply mark a sea change, a break with the past five years of adding new loans on top of already unsustainable debt, conditional on further doses of punitive austerity.

Who should deliver it? In my mind, the speaker should be German Chancellor Angela Merkel, addressing an audience in Athens or Thessaloniki or any Greek city of her choice. She could use the opportunity to hint at a new approach to European integration, one that starts in the country that has suffered the most, a victim both of the eurozone’s faulty monetary design and of its society’s own failings.

Hope was a force for good in post-war Europe, and it can be a force for positive transformation now. A speech by Germany’s leader in a Greek city could go a long way toward delivering it.