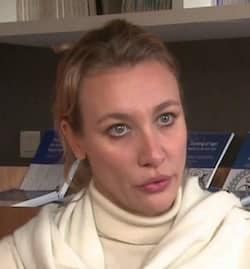 The fiscal rules of the European Union have undergone some much-needed improvements in recent years, but much more needs to be done. In addition to suffering from a lack of clarity on key issues, EU fiscal policy remains overly focused on short-term goals, reflected in its needless emphasis on nominal deficit targets within annual budget cycles.

To be sure, all EU countries have a real interest in the fiscal sustainability of their fellow members. But annual deficits are poor approximations of the likelihood that one member may have to repay another’s debt. The fact that the existence of exceptional circumstances can now be invoked to distribute the burden of any needed adjustments over more than one year is helpful. But it does not eliminate the short-term bias embedded in the EU’s fiscal rules.

In a fully integrated market, the annual financing of government deficits should not be an issue, provided the stock of debt is sustainable. That is why the EU should strive to create a fiscal framework that has the sole objective of ensuring that its members’ debts are sustainable. By definition, this target would be country-specific. It would not require a headline deficit of below 3% of GDP in each and every year, in each and every country. But it would require a more sophisticated analytical framework than the current one, which merely distinguishes between countries on the basis of whether they meet the EU’s 60%-of-GDP ceiling on public debt.

The eurozone is much better positioned to manage fiscal pressures than it once was. The European Central Bank’s “outright monetary transactions” scheme provides an important backstop for debt sustainability. And a banking union, once completed, should contain the risk of financial crisis and contagion. Meanwhile, quantitative easing by the ECB has reduced fears that governments will run out of cash, at least for the time being.

Efforts to make the rules more flexible are a welcome development, but shortcomings remain, particularly given that implementation risks make the macroeconomic effects of rule changes difficult to quantify. For example, it is not obvious how to deal with the fact that decisions by large countries have larger externalities, both positive and negative, than those made by their smaller peers, setting the ground for different treatment in a monetary union of supposed equals. Nor is it clear what room for discretion has been provided to the European Commission to address such outcomes.

Above all, long-term fiscal outlooks must be fully embedded in the EU and its member states. Institutions will have to be redesigned to accommodate this approach and resolve some of the ambiguities in the current framework, while avoiding discrimination or politicization.

One possible vehicle for accomplishing this is the independent councils that the EU’s so-called fiscal compact has now made mandatory for every country in the eurozone. These councils are tasked with assessing the accuracy of macroeconomic forecasts, overseeing compliance with targets, and ensuring long-term fiscal sustainability. But it remains unclear exactly how they fit into the overall fiscal framework; indeed, the complexity of EU rules may limit the councils’ capacity to fulfill their function.

Fiscal councils should not be put in the position of trying to interpret the letter of the fiscal compact. It would be far better to provide them with the sole task of assessing debt sustainability and advising governments in this regard. Their recommendations should be binding, but they should also be focused on the medium term, rather than on annual fiscal outcomes.

In a few cases, fiscal councils might impose conditions that are even more stringent than current EU rules stipulate, but they would be limited to enforcing the structural balance that each signatory of the fiscal compact has enshrined in its constitution or in equally binding legislation. In other cases, the councils’ recommendations are likely to be more relaxed on an annual basis than current EU rules. Either way, the recommendations would have the advantage of being better adapted to local needs – especially if the councils are accountable to national parliaments.

The best way to preserve the councils’ independence over time would be through top-down monitoring and control at the eurozone level, for example through the establishment of a European Fiscal Council, which would be responsible for ensuring that every national council fulfills its mandate. The EFC would be authorized to request an amended assessment of a country’s fiscal trajectory and requirements. With such limited authority, there would be no need for the EFC to be accountable or democratically legitimated at the European level.

In addition to favoring a long-term perspective, this governance structure would also answer some of the questions that arise with increased flexibility. Independent national authorities would be better placed not only to assess implementation risks, but also to advocate for structural reforms. Moreover, such a system would imply little risk of top-down discrimination against smaller countries. As national governments took responsibility for the European objective of fiscal sustainability, annual budget targets imposed by the EU would become obsolete, at which point that should be abandoned altogether.

Benedicta Marzinotto is Lecturer in Political Economy at the University of Udine and Fellow at Large at Bruegel.