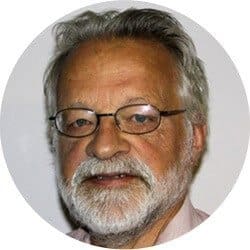 Promises from British Brexiteers of a soft border in Ireland are almost worthless. UK Prime Minister Theresa May has other priorities. Anyway, it depends on negotiations involving 27 other governments including the Irish Government, and on what people in Ireland North and South do – or perhaps fail to do. A 56% Northern Ireland majority, including many unionists, voted Remain; very few Leavers want the re-imposition of a hard border; and most in the South are strongly opposed. But there will be a hard border. The only question is where.

The Irish land border between North and South leaks like a sieve. It meanders around for 499 contorted kilometres through towns and their hinterlands, villages, local communities, farms and occasionally houses – front door in one state, back door in the other. Even during the thirty years of ‘The Troubles’, when highly militarised with over 200 cross-border roads closed, it was a leaky border. Now – with those roads open – it is virtually useless for stopping an inflow of immigrants, the main motive for Brexit. So the real, hard border for controlling immigration will actually be the sea around the island of Britain and the ports and airports connecting with the island of Ireland, though with important revisions if there is an independent Scotland and it were to remain in the EU.

Controlling freight depends on whether free trade continues between the North and South of Ireland under some hybrid EU arrangement (e.g., the North stays in the customs union). That would limit Brexit damage to two fairly fragile economies which are now very substantially integrated, and it also locates the hard border for goods at the ports and airports connecting Ireland and Britain. These already have physical infrastructures for controlling freight separate from people. Not so the land border where controls would mean costly delays and clog up border roads for the thousands who regularly crisscross to work, study, shop and socialize, living their lives on both sides.

Attempts to impose a hard land border would still result in one that was leaky for goods as well as people. The South would get a lot of smuggled food and other commodities which were not up to EU standards. Not everyone wants borders but only smugglers benefit from ones that are leaky and uncontrollable. Functionally, having the real border at the ports and airports makes sense within Ireland and for Britain and the EU.

Politically, any attempt to re-impose a hard border would be highly disruptive and extremely unpopular, not only in local border communities but across the island. There would inevitably be widespread popular resistance and civil disobedience.

More ominously, it would undermine the 1998 Good Friday Agreement and a ‘peace process’ explicitly built on cross-border institutions and minimising the border, and on the promise that a re-united Ireland could be achieved by peaceful means if it were voted for North and South in a ‘border poll’. Re-imposing a hard border would simply wreck the strategy. Only the paramilitaries who prefer violent means would benefit. Building land border installations would be an open invitation for the ‘dissident Irish Republicans’ who have never accepted the peaceful route to copy the IRA’s 1950’s ‘Border Campaign’ of attacking border posts and personnel. In the new circumstances of a highly unpopular border, that could boost their at present meager support and recruitment, which in turn would increase the opposition paramilitaries on the unionist side, and together they could conceivably re-ignite at least a mini-version of the Troubles.

Avoiding all the various threats by displacing the hard border to ports and airports won’t be easy. Defining and achieving the crucial ‘hybrid EU arrangement’ for North-South relations faces substantial problems. The administrations in Belfast and Dublin are problematical, not to mention the one in London with its hard Brexit strategy and bullish promises. Northern power-sharing has collapsed and the leading unionist party, the DUP, is pro-Brexit and out-of-step with the majority. The Dublin Government has dismissed a special EU status for Northern Ireland, possibly in mistaken deference to British Brexiteers, on the peculiar grounds that it would deflect from Ireland’s uniqueness.

But this uniqueness demands a hybrid solution. The EU is well aware of this, having poured millions into the cross-border ‘peace process’, and it is already well used to hybrids and anomalies: Denmark contains Greenland which is not in the EU, while other countries outside the EU are in the EU’s single market or its Schengen travel area.

The Dublin Government must be directly involved in Brexit negotiations. While the EU does not owe Britain any favours, it certainly owes the Irish Republic. It has been ‘EU loyal’ to a fault; it is the only EU state sharing a land border with British territory and will suffer more from Brexit than the others. Northern Ireland will have a big concentration of EU citizens living outside the EU and they can demand to be taken into consideration. If the EU is politically smart – always a question – it will reward its supporters, and that should extend to the Scots who supported Remain.

And if Irish nationalists were smart – sometimes another big ‘if’ – they would avoid the usual re-heated and over-heated rhetoric about a border poll on politically re-uniting Ireland. Brexiteers might eventually bring that about as an unintended consequence of their recklessness; but given the opposition of Northern unionists and the costs to the South of unification, a poll is unlikely to achieve majorities North and South in the continuing economic uncertainties of Brexit. It’s a premature distraction which may simply alienate unionists. Instead the focus should be on the new and immediate challenge of stopping a hard land border, and that requires support from unionists and others as well as nationalists.

James Anderson is Emeritus Professor of Political Geography in the Senator George J. Mitchell Institute for Global Peace, Security and Justice, and a founder-member of the Centre for International Borders Research at Queen’s University Belfast.