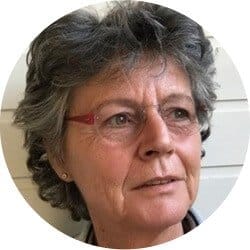 The EU is confronted with its inability to solve successive crises. It is facing increasing unpopularity, culminating in the Brexit decision. While the EU is paralyzed, national democracies find themselves unable to solve the great challenges of our times: rising inequality and the need to transform our economies into low-carbon alternatives. The European Commission has recently presented five scenarios to escape from implosion: from muddling through to a full political union.

New perspectives on the future of the EU are indeed urgently needed. They should not only address the EU’s institutional set-up but also the performance of democracy within the member states. The EU has become a wedge in national societies, creating a gap between liberal and cosmopolitan voters on the one hand and, on the other, those with a more national outlook. Rising populist parties are demanding increased self-determination for nation states. Left-wing parties should support the case for self-determination, even those that find themselves on the more liberal/cosmopolitan side of the divide. Devolution, the delegation of power to member states, is a promising answer to the crisis of democracy and politics. It should be the sixth road to be explored along with the Commission’s five scenarios.

Two steps are required to make devolution work. The first is that the member states –national parliaments specifically – obtain the right to join in new policy initiatives or to remain aloof from them. A multi-speed EU, foreseen in one of the scenarios, is already a reality in many areas, for example the Eurozone and the Schengen area. Flexibility is, however, still the exception, not the rule. Obviously, there is a risk of patchwork, but the benefit is a new dynamics and new solutions for the challenges of our times. The current treaties provide room for this flexibility, although new procedures will be needed.

A second step will be painful but also healing: member states should be allowed to leave (parts of) common regulatory regimes such as environmental policies, the CAP, social protection or the internal market. This will provoke fresh discussions in all member states: on which parts they prefer to leave when it comes to agreed policies and regulations, and which parts they choose to retain. Again, this requires new procedures, but the political significance is huge. It returns self-determination to member state societies and leaves national parliaments a political choice. And, consequently, it allows national democracies to bridge divisions and ruptures in society because it is not the EU in its entirety that is being discussed. Every piece of legislation can be judged on its own merits. This will enable a real debate on the qualities of new or existing EU regulations and policies, without mixing the issues up with the highly polarized pro- or anti-Europe positions.

Why is devolution needed? A first answer is that the EU’s legitimacy is declining. Legitimacy origins from the quality of the political process, or from its results, or from both. Recent results have not been impressive enough to justify the EU’s authority over the member states. Regarding the EU’s political process, it seems fair to say that it still lacks familiarity for both the media and the voters; the community method of reaching multiple compromises is often poorly understood and certainly poorly appreciated. In most countries, the awareness has grown that being a member state implies a decreasing ability to make meaningful political choices at home. The EU meets with growing skepticism, not only in social media but increasingly also within its own debating chambers.

A second reason for devolution is that it breaks with the aim of achieving an “ever closer Union”. Both this aim and the way to achieve it have become questionable. While analysts in the 1960s did already foresee a growing integration, they emphasized that it should be a bottom-up process. It was broadly understood that unity should not be imposed – it could only grow from intensified connections and reciprocal relations. Similarly, solidarity is hard to impose. Solidarity develops preferably from a shared sense of a common destination and that idea still needs stronger roots.

The EU’s rush for unity has been motivated by the economies of scale that were needed to boost European competitiveness against US companies and emerging Asian producers. Fossil-based industries, and Fordist and Taylorist design of factories have indeed all favored a larger production scale and consequently an ever-larger home market. New technological development, however, mocks the law of economies of ever larger scale. Bio-based technologies enable industrial production on a smaller scale, co-creation and the circular economy favor local and regional cooperation and the new services economy does not require standardization. Uniform policies are today less necessary. It can be up to every society whether and under what conditions it accepts Airbnb, Uber or other more or less disruptive services. Similarly, it is up to every society to decide which social regulations should apply.

Unraveling EU regulations may indeed be painful, but the result may be a more democratic and a more accepted EU where diversity is a source of mutual inspiration. You cannot unscramble eggs is the frequently heard cliché. But what may be true for eggs is not for the EU. Connectivity within Europe is strong enough to support devolution and to make it a success. During the 60 years of European integration, national societies have lost their isolation and that is probably the most important achievement of the Union. Member states are interconnected by roads, railways, air, telecommunications, the internet and daily human contacts. From this connectivity both unity and solidarity can flow and grow.

To make devolution yield positive benefits, some common ground and conditions are required. Otherwise, it might end up in a nationalistic ‘my country first’ program as advocated by some of the ring-wing parties. Mutual respect, being a good neighbor (no harm to other countries) and non-discrimination could be the founding principles. Devolution may result in a more diverse European Union that is ‘ever-more supportive’ to member state societies. A Union that assists member states to find both their own and common ways to solve their problems. And a Union that finally does involve its millions of citizens.

Dr Dorette Corbey was researcher at the Dutch institute for International Relations Clingendael, member of the European Parliament for the Dutch Labour Party, and director of the Advisory Council for science, technology and innovation. She is currently working in environmental policy.