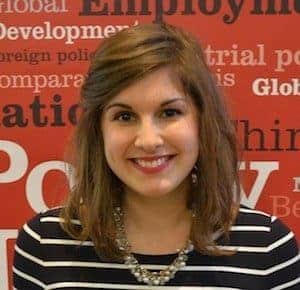 “We are the people.” Like other right-wing populists across Europe, Germany’s Pegida is the latest to advance this Manichean view of societal change. The ‘Patriotic Europeans Against the Islamization of the Occident’ claim to be reacting to the alleged threat of Überfremdung: that indigenous culture is being tainted by too many foreign influences. The last time this word was used by a political group in Germany was by the Nazis.

Unlike its European neighbours, Germany has avoided this type of uprising for a long time, most likely for a combination of historical and economic reasons. Its sudden emergence has shaken the German political system; Angela Merkel even made mention of the group in her New Year’s address, saying it was “full of coldness, prejudice, even hatred.”

While its rise has been shocking, Pegida shares many characteristics with other right-wing populist parties across Europe. As an ideology, populism tends to pit a pure and homogeneous ‘people’ against a corrupt ‘establishment’ and dangerous ‘others’ who are together seen as depriving the sovereign people of their rights, values, prosperity, identity and voice. It is a very black and white way of seeing the world; it overlooks the murky grey area of compromise that goes along with the complexity of governing.

Like populist parties in the UK, France, the Netherlands, Denmark, Sweden, Switzerland and Austria, Pegida defines ‘the people’ as a national community sharing ethnic and cultural attributes. The most imminent threat, in their eyes, comes from Islam. Anti-immigration is thus the central pillar of their stance, as ‘immigrants’ and ‘Muslims’ become conflated as the dangerous ‘others.’ By way of illustration, one of Pegida’s co-founders and its former leader, Lutz Bachmann, called immigrants “scumbags” and “animals” on Facebook.

Clearly their worries are not just about the numbers – as only around five per cent of Germans are Muslim and it’s less than one per cent in Saxony where the group originated. It is the qualitative, not just the quantitative threat of immigration that matters. It is also a perceived threat, as Dresden, like other parts of Europe where populists have flourished, has experienced very little immigration itself. Research has shown that the fewer opportunities individuals have to come into contact with perceived ‘others,’ the less chance they have to dismantle pre-conceived notions about the differences between them. This leaves them easily convinced by negative imaging and stereotypes.

In Germany, as in other European countries, looking to immigration as the source of society’s ills is merely a symptom of a greater malaise. Immigrants are the scapegoats; reducing immigration and coercing integration are the seemingly ‘easy’ answers to restricting societal change. Yet these demands don’t get to the heart of the problem. Low growth, ageing populations, and rising levels of inequality have left Europeans in a state of uncertainty, concerned and disgruntled about their jobs, their pensions, their futures, and their children’s futures. A feeling of misanthropy takes over as trust in politicians to deliver prosperity and security plummets. Instead of the intricate mix of social policies and financial regulation needed to ensure solidarity and rebalance power between the vast majority and the economic elites (i.e. housing and land policy, investment in skills and vocational training, raising the minimum wage, regulating corporate governance structures, etc.), Pegida and other populists have offered a ‘common sense’ and ‘simple’ solution that feeds off of their feeling of disillusionment.

Yet instead of framing their discontent in the inclusive terms of society, populists talk about the ‘people,’ indicating that there is an ‘us’ and a ‘them.’ Targeting the root causes of inequality does not make the list of demands. Instead, foreigners are blamed for either stealing jobs, or draining the welfare state (which paradoxically they can’t logically be doing at the same time), and for ‘tainting’ the native culture. The political class is not to be trusted, neither is the ‘lying press’ (another German word last used by the Nazis). It is a politics of anger and of grievance. Having someone to readily blame removes the necessity of understanding the facts and complexity of multi-level governance in a globalised world. It can equally prevent one from developing a feeling of empathy. 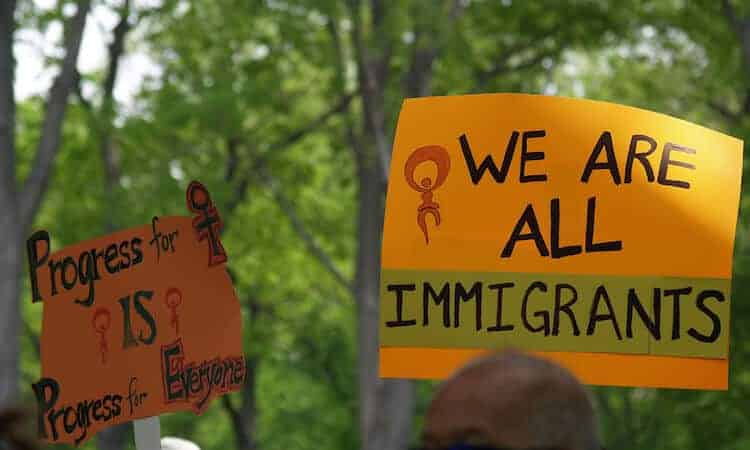 Immigration is used as an issue by populist movements and parties but is not the real underlying problem. (CC BY 2.0 takomabibelot)

Like other populists across Europe, PEGIDA supporters also try to differentiate between supporting ‘real’ asylum-seekers and integrated immigrants from ‘fake’ economic migrants who they claim want to drain the welfare state without contributing to society. The need to make this sort of distinction is fuelled by myths about the number of asylum seekers entering the country, and about immigrants unfairly milking the welfare state.

In addition to largely misplaced economic fears, Pegida is fuelled by a cultural argument, that too much diversity, and particularly the influence of Islam, creates social problems. It is likely for this reason that support for the movement is concentrated amongst highly educated males, with above average incomes. This is similar to support for the Swiss People’s Party, the Austrian Freedom Party, and the Danish People’s Party which were able to arise in countries where the economy is doing relatively well and which have lower levels of inequality. However, there is equally a sizeable proportion of supporters with far right and extremist attitudes who, as Catrin Nye wrote, would not be out of place at the equivalent of an English Defence League rally. For some, immigration is more of a symbol of disrupted communities, undermined national identity, and a declining feeling of belonging than about economic fears per se.

It’s true that the battle against populists won’t be won by forcing facts down people’s throats. Saying that immigration is great for the economy when someone feels their culture is being threatened doesn’t square the circle. At the same time, there needs to be a louder narrative about immigration that is factually based; that thanks to living in a globalised world, as part of the single market, with growing numbers of opportunities and cheaper flights, people are able to move around much easier than in the past; that immigrants are needed to fill in gaps in the labour market; that in ageing societies immigrants are helping sustain the economy to pay for healthcare, pensions and public services; and that we cannot or should not judge people by their nationality or religion rather than by who they are as individuals, contributing to our shared society.

This debate takes place in a different context from previous immigration waves, such as with the Jews in the early 1900s and with post-colonial immigration. At the start of the twentieth century, identity was indeed rooted in the concepts of race and empire. Today, the dissolving sense of common identity has more to do with the erosion of common values in an increasingly individualistic society. However, immigration itself has not been the reason behind the huge economic and political shifts experienced across Europe over the past century. Politicians and commentators blaming immigration for the disintegration of communities only perpetuate this myth. Reframing the narrative starts by helping tackle the symptoms of populism.

More importantly, it is the underlying drivers of populism that need to be addressed in the long-term. This means getting to the heart of the social and economic inequality that is fuelling fear and anxiety about decline. It also means rebalancing the political power between the people and the elites to ease the political disaffection and distrust in the political system.

There is reason to look to new democratic innovations, such as randomly selected citizens’ forums or participative conventions, which could be helpful in numerous ways. Not only are they more representative, but they have the potential to bring together those who consider themselves as ‘the people’ and the dangerous ‘others’ (politicians, the press, and foreigners) to remind ‘the people’ that those ‘others’ are human too. This may not in itself resolve the feeling that a native culture is being tainted. But, over time, it could help illuminate that there are no simple solutions to complex problems.