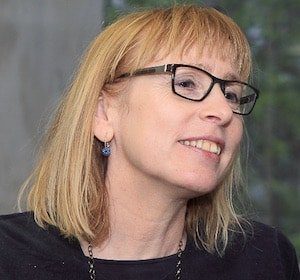 The battle with the creditors of the bankrupt private banks in Iceland is still not over, although the country won the Icesave dispute, graduated from IMF´s austerity programme in 2011 and jailed some of its ‘banksters’. The first phase of the battle with creditors ended in January 2013 when the EFTA court ruled that Icelandic taxpayers had no obligation to guarantee the payment of a minimum deposit to every holder of Icesave accounts in the online private branch of Landsbanki operating in the UK and the Netherlands before it went bankrupt in late 2008.

The IMF is now back in Iceland to solve the ‘overhang’ problem created by high interest bonds issued by Icelandic banks before the crisis and owned by foreign speculators who wanted to sell them off after the crisis in order to get out of the economy with their money. If the cost of the Icelandic banking crisis is not to attain a world record, the solution to the overhang problem has to be in line with the EU’s 2013 rules on State Aid for banks; these require bank losses to be allocated to both shareholders and creditors.

The IMF calculated that Iceland – together with Ireland – featured among the ten costliest banking crises in terms of the overall increase in fiscal costs and public debt during the period 2008-2011. The fiscal cost of the financial crisis was about 44% of GDP and public debt increased by 72%, even though Iceland did not bail out its banks.

When the banking sector in Iceland crashed in 2008, the value of the Icelandic currency (ISK) depreciated 60% against the euro and the IMF responded to this currency crisis by introducing temporary capital controls involving restrictions on the outflow of money. The capital controls are a breach of the European Economic Area agreement that Iceland, Norway and Lichtenstein signed with the EU. However, these controls stopped the overhang (40% of GDP in 2008) from flowing out of the country and pushing the value of the ISK to a new record low level.

Before leaving Iceland in 2011, the IMF assisted the central bank of Iceland in establishing a forex auction market that has reduced the size of the overhang to the point where it is now about 16% of GDP. However, the overhang will soon grow to 42% of GDP when the creditors of the bankrupt banks receive payments in ISK from the banks’ estates. Other, less liquid assets from the bankrupt banks’ estates that will be paid to the creditors are estimated to be about 76% of GDP.

Government advisors have proposed a solution to the overhang problem that involves introducing a 20-45% forex tax and turning the less liquid assets of the speculators and vulture funds into 30 year government bonds. The 30 year bond solution means that private debt is turned into public debt. However, the government probably will “justify” this transfer of burden from the bankrupt private banks to taxpayers by offering the bonds at a very low interest rate and then using them to refinance public debt.

Unfortunately, the suggested forex tax of 45% on ISK outflow is not high enough to prevent a major devaluation of the Icelandic currency. Iceland’s net foreign exchange reserve is only about 3% of GDP and the outflow after a 45% forex tax will not stop the overhang amounting to over 23% of GDP to flow out. That scale of devaluation will lead to higher prices of imported goods and aggravate the problem of private debt as loans are price-indexed.

The government may plan to use foreign currency loans from the IMF and the Nordic countries to buy off the after-tax overhang in order to prevent its outflow causing this major devaluation of the Icelandic currency. However, devaluation and the use of foreign currency loans to finance the outflow of the overhang would once again shift the burden of the financial crisis from speculators and vulture funds onto tax-payers who earn income in ISK and have index-linked loans.

A record level of forex tax to prevent the use of indebted foreign reserves would be in line with the EU’s rule from 2013 of burden sharing between shareholders and creditors of bank losses. The shareholders lost their shares when the Icelandic banks were put into receivership in 2008 and many creditors of the bankrupt banks accepted a 70-96% hair-cut when selling their bank claims after that to those speculators and vulture funds now threatening to take the Icelandic government to court over the forex tax.

The IMF, the previous left-wing government and the present right-wing government have, so far, not had the courage to solve the overhang problem in line with the EU’s ruling. Meanwhile, the overhang keeps on swelling and if it bursts then Iceland will become a showcase of how speculators and vulture funds managed to shift a large part of their own burden onto wage earners, tax payers and indebted households. If this happens, Iceland will once again make the news – this time not for volcanic eruptions but for riots and severe social unrest.

Lilja Mósesdóttir is a senior researcher and was Member of Parliament in Iceland from 2009-2013. She was previously a Professor of Economics at Bifröst University and holds a D.Phil. from University of Manchester (UMIST).