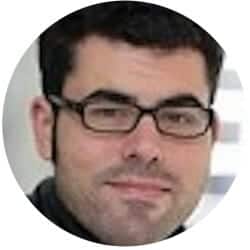 Politics, unlike theatre, rarely gets pacing right. Either one spends months waiting for some seemingly inevitable drama, or all hell breaks loose in the space of a few days. The late spring of 2018 falls into the latter category. On 31 May, Italy commissioned a new government; the next day, so did Spain. The Spanish Congress of Deputies, for the first time in modern Spanish history, removed a prime minister through a vote of no confidence. Automatically, Mariano Rajoy, the conservative prime minister, was compelled to resign; Pedro Sánchez, leader of the opposition Socialists, assumed office at once.

In some ways, Spain’s problems closely resemble those of Italy’s. In both countries, public disgust with a corrupt elite combined with the financial crisis to bring about a partial collapse of the mainstream centre-right and centre-left, and facilitated the rise of new anti-elite challengers. In Spain, the conservative People’s Party (Partido Popular – PP) and the centre-left Socialists (Partido Socialista Obrero Español – PSOE) have had to contend with the left-populist Podemos and the centrist Ciudadanos, which somewhat resembles Macron’s La Republique En Marche in France. The PP and PSOE declined to record lows of support in the December 2015 elections; the PP recovered slightly in June 2016’s repeat polls and formed a minority government. However, the PP’s position was very weak; Rajoy only won office with Ciudadanos support, and even then relied on the Socialists abstaining, a decision that nearly tore that party apart and briefly cost Sánchez his job as leader.

What brought Rajoy down now? Surprisingly, it wasn’t the long-running Catalan crisis, which has seen one of the most important regions of Spain try to unilaterally secede, taking a fifth of the economy with it. Rajoy’s stubborn refusal to meaningfully negotiate with Catalonia, and his party’s opportunistic hostility to Catalan bids for autonomy, helped bring about the crisis, but both the PSOE and Ciudadanos have backed Rajoy throughout the dispute, including the imposition of direct rule in late October 2017. Nor did the economy bring Rajoy down; it has been showing a strong recovery in recent years, with growth projected at around 2.3-2.5 percent for 2018.

Sánchez won office by exploiting a confluence of events that benefited his party. Firstly, although both of Spain’s legacy parties have been touched by accusations of corruption, the Socialists’ most notable scandal erupted in Andalusia, home of Sánchez’s chief internal rival, Susana Díaz. Meanwhile, the PP’s scandals have tended to receive more coverage in recent months. First, there was the discovery that the president of Madrid’s regional government, Cristina Cifuentes, had fraudulently obtained a master’s degree, and had been caught trying to shoplift. Then came the handing down of verdicts in the long-running Caso Gürtel. This years-old investigation looked at the illegal financing of the PP, and on 24 May, the Audiencia Nacional sentenced its ex-treasurer, Luis Bárcenas, to 33 years in prison. It also convicted Rajoy’s former health minister, Ana Mato, and found the PP itself guilty, fining the party €245,000. It was the Gürtel ruling that gave Sánchez his opening to introduce a motion of no confidence.

A brief word here about the Spanish Constitution – Spain uses a “constructive motion of no confidence,” a model borrowed from Germany. To remove Rajoy, the Congress of Deputies had to do more than simply say it had no confidence in Rajoy; it had to simultaneously elect someone else prime minister in his stead, and with an absolute majority.

Sánchez’s own PSOE only had about half the votes necessary to elect him prime minister. His bid depended on three other groups of actors – Podemos and its allies, Ciudadanos and the 24 deputies belonging to the Catalan and Basque nationalist parties. Podemos faced a rather excruciating choice. On the one hand, the party’s support for a referendum in Catalonia has cost it support, as has a recent scandal involving its leader and his partner buying an expensive suburban house. So Podemos is not in a good position to face new elections. On the other hand, it has long taken the PP as its main enemy, and called for coalitions with the PSOE. Unable to credibly refuse, Podemos backed Sánchez.

Ciudadanos, on the other hand, has been leading recent polls, well ahead of the PP, its rival on the centre-right. The party draws votes from both the PP and the PSOE, has strong anti-corruption credentials and is perhaps the most adamantly centralist party in Spanish politics – that is, it tends to oppose concessions to Catalan or Basque nationalism. The Catalan crisis has thus helped its support to grow. Although Ciudadanos has worked with the Socialists before, the party had been backing Rajoy since his re-election in 2016. In this case, it decided not to back Sánchez, instead claiming to want snap elections (rather disingenuously, since it had agreed to support Rajoy’s proposed budget). Most likely, Rivera did not wish to be seen voting alongside Podemos, or worse yet, Catalan nationalists.

And thus, Pedro Sánchez became prime minister of Spain. The expectation is that he will call early elections, and he might try to negotiate the date with the parties that elected him on 1 June. It is unlikely that Sánchez will wait that long to hold elections. First off, he is likely to expect an electoral honeymoon and a rise in the polls. Secondly, he lacks a mandate of his own, and too long a delay will lead to an erosion of his government’s democratic credentials. Again, no government has ever come to power via a constructive vote of no confidence.

Electorally, Sánchez is looking at as good a conjunction of forces as a four-party system permits. The most recent polls tend to put Ciudadanos in the lead, but the PSOE is holding steady at 20-23 percent, and might see a boost in the short term. The economy is doing fairly well. The Catalan crisis is receding; it looks like Madrid will approve the new Catalan government, ending direct rule. As it recedes, Ciudadanos may lose ground.

Sánchez has taken a great gamble and won, becoming prime minister of Spain while commanding fewer than 28 percent of the seats in Congress. However, his betting days are far from over. Will Ciudadanos maintain its strength in the polls? If the PP manages to choose a new leader, will that person have their own honeymoon? And if the PSOE ends up far from a majority, who will be its coalition partner? At the local and regional levels, it has allied with Ciudadanos in some cases, Podemos and Compromís in others. If Ciudadanos is the bride, will Rivera demand the premiership? If Podemos is, will there be a clash with Europe at some point? This play has a few more acts to run.