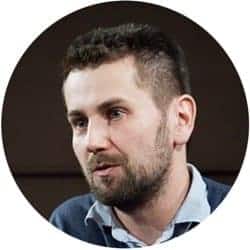 In Central Europe, and Slovakia in particular, the current refugee crisis reveals an awful lot about the prevailing public mind-set and the nature of our political elites. Few of these revelations are in any way pleasing. Positions held, and openly articulated, by politicians like Prime Ministers (Robert) Fico (Slovakia) and (Viktor) Orban (Hungary) shocked many external observers.

However, let us focus solely on the last (at this moment) stage of this drama: the EU Council of Ministers has used the “nuclear option” of Qualified Majority Voting (QMV) in a politically highly sensitive area. The PM of one member state – Slovakia – says that he will simply ignore that legitimate decision. “From my dead-cold hand.” He will deliberately breach European law, risking open conflict with the institutions and most of the other member states. Even the prospect of sanctions.

There are a couple of bad things you could say about Fico, but surely not that he’s stupid. He knows that playing with deep-seeded prejudices – against “the others”, which now means Muslims, against the “dictate from Brussels”, etc. – scores political points. He knows only too well that infringement procedures take a long time to unfurl. No decision can be expected before the next general elections. For now, that´s what counts. And, of course, he knows that between now and a possible Court decision against Slovakia, hundreds of things could happen.

Purely formally, Fico may feel happy. He is riding a wave of fear and prejudice (in fact, he is actively feeding it); the price will be paid later. Probably by somebody else. And maybe not at all. What he fails to perceive is the importance of informal relations. In the EU, you need to slowly build your political capital and invest/spend it in order to advance your interests. And from this angle, what the Slovak government did in the last few weeks was a clear debacle.

Not because it was outvoted in the Council. Countries are usually trying to avoid it, but sometimes it happens – they use their legitimate right to oppose the majority. Much worse is the way it happened in this case. Thanks to five grave mistakes committed by the Slovak government.

First, the government largely underestimated the seriousness of the situation. At the start, Fico probably hoped that he could take a free ride on the backs of those unfortunate Syrians. The European Commission would propose quotas, but after some ado the whole thing would end up just like the proposal to re-distribute 40,000 refugees. No quotas, and we are on the winning side. However, the sheer number of people fleeing war and misery in the Middle East and Africa, a boiling crisis in Hungary, rapid developments in Germany, Austria, etc. have raised the stakes. Quotas in themselves might be secondary for an overall, general solution to the refugee crisis, but they´ve become highly important symbolically. After all, their critics – including Fico himself – largely contributed to that when they painted quotas as a substantial threat to national security and cultural identity (whatever that means).

And here lies the second mistake of PM Fico (enthusiastically assisted by his interior minister Robert Kalinak, sometimes spoken of as Fico´s successor). Openly articulated, radical positions have put them into a situation with virtually no room for manoeuvre and future compromise. Orbán might be the main European villain, but Slovak representatives came second to him in more ways than one. Using “Muslim” as a synonym for “dangerous, inadaptable and unwanted” is something you´d expect from the extremist Right, not the moderate Centre-left. The eyes of European Socialists must have been popping out of their heads. And they were. Gianni Pittella (S&D President) called for suspending Smer (the Slovak Centre-left party of PM Fico) from the Party of European Socialists and invited Fico to explain his views, which “embarrass the progressive family”.

The situation was made even worse by the third mistake – the Slovak government has failed to anticipate the developing positions of other states. Opponents of quotas were gradually abandoning the field of battle. First, the wavering French and Spaniards. Then the Baltic countries, which had rightly assessed that soon they could themselves need some European solidarity. At the last moment, Poland u-turned. What remained was a strange, shrunken group of “trouble-makers”.

And here comes the fourth mistake – the Slovak government was unable to defend its position with credible arguments. It claimed a right to choose refugees based on their religion – an awful proposition in 21st century Europe. It tried to counter with the ridiculous argument that we cannot keep these people in Slovakia when they want to go to Germany. But first of all, it did not offer any real alternative. A voluntary approach? That did not work, not even for ‘just’ 40,000. Solving the “roots of the crisis”? Brilliant. Maybe the Slovak PM has somewhere up his sleeve a plan for ending the war in Syria (and Afghanistan, Libya…). But even that would hardly help the tens of thousands trapped behind the Hungarian barbed-wire wall. Those unfortunate human beings who will soon start to freeze by roadsides and in fields.

The final mistake was not just grave. It was virtually fatal. Fico´s government wasted political capital on an issue which has nothing to do with our interests and priorities in the EU. It has “bravely” defended the country from 1,500 wretched war refugees. And in doing so, it has assisted in dismantling one of the pillars of European integration: free movement of people. It has demonstrated a boorish narrow-minded egotism at a time when a growing number of voices in the “old Europe” are asserting that the time has come to purge the common European home of those newcomers who are crudely mistaking it for a cash-machine.

In the refugee crisis, Robert Fico and his government could and should have behaved entirely differently. If not because of social-democratic values – with these people, that would be a daring proposition – then in their very own interests. They would and should have avoided the five grave mistakes that will continue to haunt them.