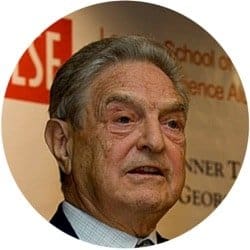 The European Union needs to accept responsibility for the lack of a common asylum policy, which has transformed this year’s growing influx of refugees from a manageable problem into yet another political crisis. Each member state has selfishly focused on its own interests, often acting against the interests of others. This precipitated panic among asylum seekers, the general public, and the authorities responsible for law and order. Asylum seekers have been the main victims.

The EU needs a comprehensive plan to respond to the crisis, one that reasserts effective governance over the flows of asylum-seekers so that they take place in a safe, orderly way, and at a pace that reflects Europe’s capacity to absorb them. To be comprehensive, the plan has to extend beyond the borders of Europe. It is less disruptive and much less expensive to maintain potential asylum-seekers in or close to their present location.

As the origin of the current crisis is Syria, the fate of the Syrian population has to be the first priority. But other asylum seekers and migrants must not be forgotten. Similarly, a European plan must be accompanied by a global response, under the authority of the United Nations and involving its member states. This would distribute the burden of the Syrian crisis over a larger number of states, while also establishing global standards for dealing with the problems of forced migration more generally.

Here are the six components of a comprehensive plan.

First, the EU has to accept at least a million asylum-seekers annually for the foreseeable future. And, to do that, it must share the burden fairly – a principle that a qualified majority finally established at last Wednesday’s summit.

Adequate financing is critical. The EU should provide €15,000 ($16,800) per asylum-seeker for each of the first two years to help cover housing, health care, and education costs – and to make accepting refugees more appealing to member states. It can raise these funds by issuing long-term bonds using its largely untapped AAA borrowing capacity, which will have the added benefit of providing a justified fiscal stimulus to the European economy.

It is equally important to allow both states and asylum-seekers to express their preferences, using the least possible coercion. Placing refugees where they want to go – and where they are wanted – is a sine qua non of success.

Second, the EU must lead the global effort to provide adequate funding to Lebanon, Jordan, and Turkey to support the four million refugees currently living in those countries.

Thus far, only a fraction of the funding needed for even basic care has been raised. If education, training, and other essential needs are included, the annual costs are at least €5,000 per refugee, or €20 billion. EU aid today to Turkey, though doubled last week, still amounts to just €1 billion. In addition, the EU also should help create special economic zones with preferred trade status in the region, including in Tunisia and Morocco, to attract investment and generate jobs for both locals and refugees.

The EU would need to make an annual commitment to frontline countries of at least €8-10 billion, with the balance coming from the United States and the rest of the world. This could be added to the amount of long-term bonds issued to support asylum-seekers in Europe.

Third, the EU must immediately start building a single EU Asylum and Migration Agency and eventually a single EU Border Guard. The current patchwork of 28 separate asylum systems does not work: it is expensive, inefficient, and produces wildly inconsistent results in determining who qualifies for asylum. The new agency would gradually streamline procedures; establish common rules for employment and entrepreneurship, as well as consistent benefits; and develop an effective, rights-respecting return policy for migrants who do not qualify for asylum.

Fourth, safe channels must be established for asylum-seekers, starting with getting them from Greece and Italy to their destination countries. This is very urgent in order to calm the panic. The next logical step is to extend safe avenues to the frontline region, thereby reducing the number of migrants who make the dangerous Mediterranean crossing. If asylum-seekers have a reasonable chance of ultimately reaching Europe, they are far more likely to stay where they are. This will require negotiating with frontline countries, in cooperation with the UN Refugee Agency, to establish processing centers there – with Turkey as the priority.

The operational and financial arrangements developed by the EU should be used to establish global standards for the treatment of asylum-seekers and migrants. This is the fifth piece of the comprehensive plan.

Finally, to absorb and integrate more than a million asylum seekers and migrants a year, the EU needs to mobilize the private sector – NGOs, church groups, and businesses – to act as sponsors. This will require not only sufficient funding, but also the human and IT capacity to match migrants and sponsors.

The exodus from war-torn Syria should never have become a crisis. It was long in the making, easy to foresee, and eminently manageable by Europe and the international community. Hungarian Prime Minister Viktor Orbán has now also produced a six-point plan to address the crisis. But his plan, which subordinates the human rights of asylum-seekers and migrants to the security of borders, threatens to divide and destroy the EU by renouncing the values on which it was built and violating the laws that are supposed to govern it.

The EU must respond with a genuinely European asylum policy that will put an end to the panic and the unnecessary human suffering. 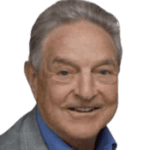