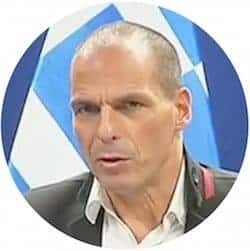 Europe’s crisis is poised to enter its most dangerous phase. After forcing Greece to accept another “extend-and-pretend” bailout agreement, fresh battle lines are being drawn. And, with the refugee influx exposing the damage caused by divergent economic prospects and sky-high youth unemployment in Europe’s periphery, the ramifications are ominous, as recent statements by three European politicians – Italian Prime Minister Matteo Renzi, French Economy Minister Emmanuel Macron, and German Finance Minister Wolfgang Schäuble – have made clear.

Renzi has come close to demolishing, at least rhetorically, the fiscal rules that Germany has defended for so long. In a remarkable act of defiance, he threatened that if the European Commission rejected Italy’s national budget, he would re-submit it without change.

This was not the first time Renzi had alienated Germany’s leaders. And it was no accident that his statement followed a months-long effort by his own finance minister, Pier Carlo Padoan, to demonstrate Italy’s commitment to the eurozone’s German-backed “rules.” Renzi understands that adherence to German-inspired parsimony is leading Italy’s economy and public finances into deeper stagnation, accompanied by further deterioration of the debt-to-GDP ratio. A consummate politician, Renzi knows that this is a short path to electoral disaster.

Macron is very different from Renzi in both style and substance. A banker-turned-politician, he is President François Hollande’s only minister who combines a serious understanding of France’s and Europe’s macroeconomic challenges with a reputation in Germany as a reformer and skillful interlocutor. So when he speaks of an impending religious war in Europe, between the Calvinist German-dominated northeast and the largely Catholic periphery, it is time to take notice.

Schäuble’s recent statements about the European economy’s current trajectory similarly highlight Europe’s cul-de-sac. For years, Schäuble has played a long game to realize his vision of the optimal architecture Europe can achieve within the political and cultural constraints that he takes as given.

The “Schäuble plan,” as I have dubbed it, calls for a limited political union to support the euro. In brief, Schäuble favors a formalized Eurogroup (composed of the eurozone’s finance ministers), presided over by a president who wields veto power – legitimized by a Euro Chamber comprising parliamentarians from the eurozone member states – over national budgets. In exchange for forfeiting control over their budgets, Schäuble offers France and Italy – the primary targets of his plan – the promise of a small eurozone-wide common budget that would partly fund unemployment and deposit-insurance schemes.

Such a disciplinarian, minimalist political union does not go down well in France, where elites have always resisted forfeiting sovereignty. While politicians like Macron have moved a long way toward accepting the need to transfer powers over national budgets to the “center,” they fear that Schäuble’s plan asks too much and offers too little: severe limits on France’s fiscal space and a macroeconomically insignificant common budget.

But even if Macron could persuade Hollande to accept Schäuble’s plan, it is not clear whether German Chancellor Angela Merkel would consent to it. Schäuble’s ideas have so far failed to persuade her or, indeed, the Bundesbank (which, through its president, Jens Weidmann, has been hugely negative toward any degree of fiscal mutualization, even the limited version that Schäuble is willing to trade for control over the French and Italian budgets).

Caught between a reluctant German chancellor and an indisposed France, Schäuble imagined that the turbulence caused by a Greek exit from the eurozone would help persuade the French, as well as his cabinet colleagues, of his plan’s necessity. Now, while waiting for the current Greek “program” to collapse under the weight of its inherent contradictions, Germany’s finance ministry is preparing for the battles ahead.

In September, Schäuble distributed to his Eurogroup colleagues an outline of three proposals for preventing a new euro crisis. First, eurozone government bonds should include clauses that make it easy to “bail in” bondholders. Second, the European Central Bank’s rules ought to be altered to prevent commercial banks from counting such bonds as ultra-safe, liquid assets. And, third, Europe should ditch the idea of common deposit insurance, replacing it with a commitment to let banks fail when they no longer fulfill the ECB’s collateral rules.

Implementing these proposals in, say, 1999, might have limited the gush of capital to the periphery immediately following the single currency’s introduction. Alas, in 2015, given the eurozone members’ legacy public debts and banking losses, such a scheme would cause a deeper recession in the periphery and almost certainly lead to the monetary union’s breakup.

Exasperated by Schäuble’s backtracking from his own plan for political union, Macron recently vented his frustration: “The Calvinists want to make others pay until the end of their life,” he complained. “They want reforms with no contributions toward any solidarity.”

The most troubling aspect of Renzi’s and Macron’s statements is the hopelessness they convey. Renzi’s defiance of fiscal rules that push Italy further into an avoidable debt-deflationary spiral is understandable; but, in the absence of proposals for alternative rules, it leads nowhere. Macron’s difficulty is that there seems to be no set of painful reforms that he can offer Schäuble to persuade the German government to accept the degree of surplus recycling necessary to stabilize France and the eurozone.

Meanwhile, Germany’s commitment to “rules” that are incompatible with the eurozone’s survival undermines those French and Italian politicians who were, until recently, hoping for an alliance with Europe’s largest economy. Some, like Renzi, respond with acts of blind rebellion. Others, like Macron, are beginning gloomily to accept that the eurozone’s current institutional framework and policy mix will ultimately lead either to a formal breakup or to a death by a thousand cuts, in the form of continued economic divergence.

The silver lining in the gathering storm cloud is that minimalist proposals for political union, like Schäuble’s plan, are losing ground. Nothing short of macroeconomically significant institutional reforms will stabilize Europe. And only a pan-European democratic alliance of citizens can generate the groundswell needed for such reforms to take root.