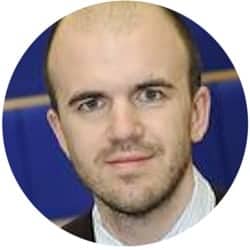 This weekend saw a political earthquake in Poland. Exit polls from Sunday’s general election indicate that the conservative Law and Justice party (PiS) will be comfortably the largest in parliament, able in all probability to govern without a coalition partner.

Following the party’s victory in May’s Presidential election, this would give PiS control over Poland’s key political institutions. Polish politics is indeed generally shifting to the right. Smaller far-right parties also look set to enter parliament, almost certainly the eccentric Kukiz’ 15 and possibly the deranged Partia KORWiN, and if this were the case the political scene would assume an extremely conservative form.

These developments are concerning. Turns to the right happen occasionally in all democracies, yet PiS has long been distinguished by a nationalist-Catholic fundamentalist character that is not of the mainstream right. Certain of the party’s dispositions are infamous. The movement is hysterically opposed to abortion and in vitro treatment, and has greeted the prospect of Poland accommodating Middle Eastern refugees with xenophobic hyperbole.

PiS is also deeply homophobic, and a member of the parliamentary party recently equated homosexuality with paedophilia. The notorious Jarosław Kaczyński also remains PiS chairman. Kaczyński was Prime Minister from 2006-07, spending much of this time embarrassing Poland internationally with his jingoistic and illiberal attitudes. One premise of his when negotiating the Lisbon Treaty – that Poland deserved more votes in the Council of Ministers because the country’s population would be larger were it not for Nazi occupation – will be long remembered in Brussels and Berlin.

These precedents are worrying enough, yet the ascent of PiS gives additional reason for concern over the future of Polish democracy. The party’s disdain for conventional politics (and preference for conspiracy theories) is well-known. Since the 2010 Smolensk plane crash in which 96 Poles tragically died, many of whom were eminent members of the political class, including Kaczyński’s twin Lech (then Polish president), PiS have cast doubt on the official conclusion that the crash was accidental. High-ranking members of the party have avowed that Smolensk was organized by the Russian and Polish Governments, and for years former Prime Minister Donald Tusk has endured the libel that he masterminded the attack.

The evidential grounds for these assertions, it goes without saying, are as slim as for claims that the moon-landing was filmed in Hollywood. PiS is also contemptuous of the electoral process. When the party failed to acquire its expected votes in 2014 local elections, Jarosław Kaczyński claimed that the poll was fraudulent. The dangers of an opposition leader making such a statement, in a country in which democracy is relatively young, need not be emphasized.

The success of PiS is thus troubling. Polish liberals have for some time noted parallels between the party and Viktor Orbán’s authoritarian regime in Hungary, and many worry that a PiS-led Government would make of Poland a second Hungary. Following Sunday’s election, the fear is already being expressed that changes will be made to the Polish constitution. Such a development’s wider implications are also alarming. Democracy in central and eastern Europe is already under siege, in no small part due to Vladimir Putin’s activism in the region, and an illiberal Poland would further weaken the region’s democrats. Repercussions for the EU are also inauspicious. Poland is a large and influential member state, and a PiS-led Government would increase the likelihood of illiberal settlements on issues like the refugee crisis.

Happily there are grounds for thinking that worse fears will not be realized. Those spearheading the recent advance of PiS tend to be less fervent than the party’s old guard, Andrzej Duda (President of Poland) and Beata Szydło (the PiS Prime Minister in waiting) make an effort to distance themselves from radicals, and a moderate opposition will still exist in parliament. Polish civil society is also vigorous after twenty-five years of democracy, even if a church sympathetic to PiS remains highly influential, and attempts at the Orbanization of Poland will meet resistance from these sources.

Some indeed hope that the PiS new guard will adopt a conciliatory line towards Europe. The style of Duda and Szydło is more moderate, yet it is difficult to envisage a party chaired by Jarosław Kaczyński adopting the pro-German/EU line toed by the outgoing Government. Friends of European solidarity and democracy will wait with baited breath.

Thomas Prosser is a Lecturer in European social policy at Cardiff University. He has a special interest in economy and society in Poland.