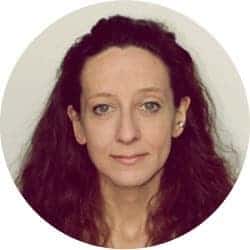 “Did you know that since the beginning of the migration crisis, harassment against women in Europe increased dramatically?” This slogan popped up during the summer of 2016 on posters along Hungarian roads, during a governmental campaign. The other five thematic messages were: “Since the beginning of the migration crisis more than 300 people died in terrorist attacks in Europe;” “Last year more than one and a half million illegal migrants arrived in Europe;” “Brussels wants to settle a whole city’s worth of illegal immigrants in Hungary?”; “The Paris attacks were carried out by migrants;” “Nearly one million immigrants want to come to Europe from Libya alone.”

The government’s campaign was aimed at persuading voters to say “No” to the referendum question of 2 October: “Do you want the European Union to be able to mandate the obligatory settlement of non-Hungarian citizens in Hungary without the approval of the National Assembly?” The wordy and vague question refers to the EU plan to relocate 160,000 asylum seekers in Europe, requesting Hungary to receive 1,294 refugees. Eventually, while nearly 98% of those who cast valid ballots rejected the quota proposal, the referendum was rendered invalid due to the low (44 per cent) turnout; moreover, the proportion of invalid ballots (225,000) was remarkably high.

Before the referendum, a joke political party, Kétfarkú Kutya Párt (Two-tailed Dog Party) launched a massive counter-campaign, poking fun at the governmental propaganda posters, and some smaller left-wing parties also started initiatives against governmental discourse. Social media served as a prominent platform for satirical counter-actions: users created (with „poster-generator” applications) and posted hundreds of their own versions of the “Did you know that…?” posters. Some of these messages reflected on gender issues: “The Paris attacks were carried out by men. All the members of the Hungarian government are men. Are you afraid?” or “One woman per week is killed by her partner in Hungary” or “Roma women are placed in segregated maternity wards in Hungarian hospitals”.

However, references to violence against women as a major threat linked to migration became part of governmental discourse. Prime Minister Viktor Orbán mentioned at a public event that Western countries “with large numbers of illegal immigrants experience dramatic increases in crime… According to UN statistics … Sweden is second only to the southern African state of Lesotho in terms of figures for rape.” (The analyst of the Hungarian Spectrum blog emphasised that “comparative criminal statistics are full of pitfalls” due e.g. to the differences between legal definitions of rapes, law enforcement and crime reporting rates.)

In July 2016, State Secretary for Family and Youth Affairs, Katalin Novák, mentioned at a press conference the cases of mass sexual harassment committed by migrants in Cologne and other German cities and declared: “We must put an end to illegal migration” because “Hungarian women and children cannot be subjected to this danger”.

Beyond political rhetoric and campaign visuals, there is plenty to do for women’s safety in Hungary – according to critical experts. In May 2016, the UN Working Group on the issue of discrimination against women in law and in practice completed a country mission to Hungary, meeting with Hungarian decision-makers, advocacy experts and activists. The chair of the Expert Group, Frances Raday, later delivered a statement, recommending among other things that “the positive legislative and institutional measures taken to prevent domestic violence should be accompanied by the development and implementation of a comprehensive national strategy, a unified data base for analysing numbers of complaints, restraining orders, prosecutions, convictions and sentences, in cases of gender based violence, and should bring about the ratification of the Istanbul Convention as soon as possible”.

When the Hungarian government launched its poster campaign, including the piece referring to the alleged increase in harassment against women, a columnist of the leftist blog Kettős Mérce (’Double Standard’) shared his disapproval of the shortcomings of governmental efforts to combat gender-based violence, emphasising also the lack of reliable data in this field. He concluded:

What’s really outrageous here is that the government, instead of handling the plentiful serious problems, chooses again to blame others, and good governance is replaced by poster politics.

At the level of rhetoric, the all-male and all-white Hungarian government is concerned nowadays – in the context of the current migration crisis – not only about women, but also about the country’s most populous and most disadvantaged national minority, the Roma. (Note: the overwhelming majority of the Roma in Hungary has been living a settled style of life and holding citizenship for many generations.)

In May 2015, Justice Minister László Trócsányi claimed that Hungary was not in the position to take in refugees or economic migrants because the government should focus on the social integration of the Roma minority. In September 2015, Orbán told ambassadors at a conference in Budapest that „it’s a historical fact that Hungary must live with a few hundred thousands of Roma”, and also that “[we] cannot ask anybody else to live with a large number of Roma”.

In September 2016 (one week before the relocation quota referendum), Human Resources Minister Zoltán Balog told the Frankfurter Allgemeine Zeitung in an interview that the social inclusion of the Roma population was a huge enough task for the country so it would be just too difficult to deal with migrants at the same time, because “Hungary’s resources for the social integration of different communities were limited”. However, answering a question from the interviewer, Balog still claimed that he was not trying to “play off against each other” Roma and migrants.

The referendum and the related governmental propaganda cost Hungarian taxpayers a lot: the campaign was estimated to have cost around 11.3bn HUF (approx. €36.8m) according to an MP of the Hungarian Socialist Party – while the Head of Cabinet of the Prime Minister, Antal Rogán, referred to a campaign budget of 3.9bn HUF (approx. €12.7m). The administrative costs amounted to a further 4.5–5bn HUF (approx. €14.6–16.3m). Let’s imagine the number of female and Roma citizens (not to mention female Roma citizens), whose lives could have been improved if the government had chosen to use this money more wisely – for relevant social purposes – instead of trying to persuade the electorate to reject just 1,294 refugees.

Lídia Balogh is a junior research fellow at the Hungarian Academy of Sciences Centre for Social Sciences. She contributes to the advocacy activities of the Hungarian Women’s Lobby.