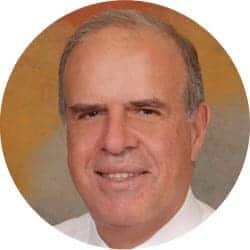 On September 20, the European Council adopted a recommendation calling on the Eurozone member states to establish national productivity boards. This was an unfortunate decision. Not only did it kill a good proposal, it replaced it with a potentially harmful one. The useful initial proposal by the Five Presidents Report – establishing a novel system of national competitiveness boards – had the right focus and could be valuable in informing and triggering the Excessive Imbalance Procedure. The present one not only produces an unnecessary replication of work performed by existing institutions but it also has the wrong focus. As ETUC’s General Secretary, Luca Visentini, notes: “The EU does not need new institutions to monitor member states’ performance, as this is already done in the EU semester. These boards will be at best useless and at worst very damaging.” As a result, an opportunity to focus on and correct a crucial problem in the euro’s architecture seems to have been missed.

This problem arises from the way that a currency union leverages the competitiveness of member countries that differ from the union’s average.

Competitiveness refers to the ability of a country to compete in international markets and this depends not only on productivity but also on a wide range of institutional practices and structural characteristics. In trading with countries that do not share its currency, a country’s ability to compete depends, quite crucially, on the exchange rate. A change in competitiveness tends to affect the exchange rate in a compensatory manner that satisfies the necessity of keeping the balance of payments, at least roughly and over time, in equilibrium. Thus, say, an increase in competitiveness is moderated by the ensuing increase in the exchange rate.

An analogy from the world of competitive sports may be instructive. The handicap system used in diverse sports, such as golf or horse races, is analogous to the counterbalancing movement of the exchange rate following a change in a country’s competitiveness. For example, according to horses’ relative performance in training and in previous races, they are saddled with different weights, so as to equalize the chances across all horses competing in a race. In this setting, a currency union is like grouping the horses of a stable together and assigning a single common handicap to all of them, on the basis of their average performance.

Such an arrangement will obviously grant the best performing horses of the stable an unfair advantage and, by the same token, disadvantage the worst performing ones when competing with other horses that carry a handicap based on their individual performance.

A focus on productivity rather than competitiveness can encourage austerity policies and is bound to further distort the eurozone’s flawed architecture. This is because the market forces at work, in the absence of conscious action to reduce differences in competitiveness, result perversely in a further deterioration of the southern countries’ competitiveness and greater gain for the northern countries and particularly Germany. Uncertainty about the robustness of the southern economies, state finances and, especially, banks have caused capital to move north – mainly to Germany – in search of greater security.

Uncertainty over #Grexit is a case in point. The prospect of Greece leaving the eurozone and the potential domino effect of #Grexit greatly augmented the desirability of (especially) German bonds as a safe haven for southern Europe’s jittery capital. An empirical study by a German research institute estimates that the benefit to the German state from lower borrowing costs, due to the fear of #Grexit, easily exceeds the total contribution by the German exchequer to Greece’s rescue from bankruptcy. The total benefit to the German economy is even bigger, if account is taken, first, of the cheaper finance for German firms and, second, of the addition to the constrained German labor force of a considerable number of well-trained immigrants, such as medical doctors, engineers and other professionals, seeking better employment opportunities and a more secure future, not only from Greece but also from the other southern countries. Both these benefits reinforce Germany’s competitiveness and, at the same time, weaken further the   competitiveness of the southern countries.

Germany’s total gain is further enhanced by any residual uncertainty regarding a weaker country’s ability to remain in the Eurozone. As with the Greek crisis, any threat of a future departure by a weaker member will tend to lower the euro. But a lower euro boosts the export performance of all member countries and particularly that of Germany, which accounts for the largest share of the Eurozone’s exports. Consequently, the preservation of uncertainty, though clearly damaging to the competitiveness and developmental prospects of the southern countries, serves as a significant source of gain to the German economy. It may also explain why Germany is in no hurry to reform the euro’s architecture.