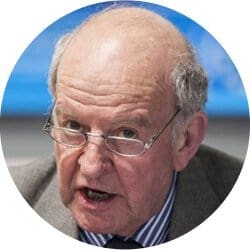 Europe is in a Gordian knot of debt, deflation and democratic deficits. A hegemonic Germany that Adenauer, Brandt, Schmidt and Kohl wished to avoid dominates the Eurozone, has defeated democracy in Greece and seems unassailable in its demands for austerity. German arrogance is matched by Commission subservience to Berlin. The ECB is assumed to be totally independent of governments, while its monetary easing is not promoting recovery. The case for voting leave in next month’s UK referendum appears strong.

Yet that’s wrong. There are democratic alternatives that do not depend on Germany nor on reform of EU institutions, even if this in the longer term may be desirable. And strong precedents for European recovery both in economic and democratic terms.

The economic precedent and democratic legitimation for recovery is the US New Deal. The key institution for the EU is the European Investment Bank. The key instrument, despite German opposition, is Eurobonds. The key procedure is ‘enhanced cooperation’ – decision-making not dependent on unanimity – which Germany has initiated with ten other member states to by-pass David Cameron’s opposition to a Financial Transactions Tax and which can be used to by-pass Germany’s obsession with austerity.

This needs less reform of institutions than a change in perceptions. Such as the misperception that the ECB is entirely independent. It is well known that its primary obligation is to protect the internal and external stability of the currency – the euro. Yet, without prejudice to this, it also has to support the ‘general economic policies’ of the Union, which can be defined by heads of state and government in the European Council.

In recently making this case on the dual remit of the ECB, Ewald Nowotny, governor of the central bank of Austria, recognised that both the external and internal stability of the euro are now in question, and submitted that governments should instruct the bank to support recovery.

To which, though neglected, the ECB is open. As I found in December 2012 in several hours of meetings at a high level in the ECB, when its (then) German Executive Director Jörg Asmussen stressed that it would support a bond-based European recovery, but that governments needed to act and use the neglected dual remit of the ECB to instruct it to do so.

Nor does the EU need a new institution to issue Eurobonds, even though this was incompetently neglected by Jean-Claude Juncker in setting up a European Fund for Strategic Investments. This is a fund only in name since, under pressure from Berlin, he reduced this to only €5bn of EIB bonds rather than the €300bn that he made his top priority in gaining endorsement for his Presidency of the Commission from the European Parliament in June 2014.

Whereas the European Investment Fund – EIF – that was set up on a proposal from Jacques Delors by a decision of the European Council in 1994 can issue eurobonds for recovery on the lines of the US New Deal.

So why did Delors propose the EIF as well as the EIB? Because the EIB, since 1958, has been micro project based. Whereas what has been needed since the deflationary debt and deficit criteria of Maastricht has been a macroeconomic recycling of European and global surpluses which the European Investment Fund was designed to do and, as part of the European Investment Bank Group, could do from now.

With the key advantage that EIB Group borrowing does not count towards national debt. In this regard EIB-EIF bonds can parallel US Treasury bonds which do not count on the debt of California or Delaware.

Through the 1930s the Roosevelt New Deal created 16 million jobs, restored the faith of the American public in democracy and the conviction that governments could govern rather than markets rule. It also has been overlooked that the US federal deficit from 1933 until WW2 was only 3% or the upper limit for national deficits agreed at Maastricht as a condition for a single currency.

In evidence to the EU Economic and Social Committee(trades union and employers representatives) for a 2012 report on Restarting Growth, both the EIB and EIF confirmed that the EIF could issue such recovery bonds – or €-bonds as markets could quickly dub them – without a revision of its statutes.

Besides which, investment criteria for recovery do not have to be invented. On a proposal by the then Portuguese Prime Minister António Guterres, the EIB in 1997 agreed to invest in health, education, urban regeneration, the environment and finance for small and medium firms as part of an explicit cohesion and convergence remit.

This remit helped the EIB to quadruple its investment finance from then until the Eurozone crisis to over €80bn, and it could quadruple this again from now granted that pension funds and sovereign wealth funds are not finding adequate investment outlets in the private sector.  Thereby enabling recovery elsewhere in the global economy, in which both European and other governments have a vested interest.

It’s here that the procedure for enhanced cooperation gains new relevance by enabling some member states to act on a bond financed recovery without this being blocked by others.

Thus Eurobonds for recovery could well gain the support of double or more the number of member states that Germany has managed to muster for a Financial Transaction Tax. This is not only because the need for recovery is well recognised but also because the bonds do not need fiscal transfers from member states, nor mutual guarantees, any more than those of the EIB which has issued bonds without such transfers or guarantees for more than half a century.

David Cameron and George Osborne have ignored this dimension in the debate on Brexit. Not least since George Osborne in 2011 in an interview with the Financial Times volunteered that if the EU were to issue Eurobonds he would support them as Britain needed a recovery in the European economy to support its own trade. And they should now advertise that they will promote the case for a Eurobond funded recovery at the forthcoming June European Council to demonstrate that Europe is not subject to the diktat of directives from the European Commission, nor governed by and from Berlin.

Stuart Holland was Labour MP for Vauxhall 1979-89 and then an adviser to Jacques Delors and Antonio Guterres. His Beyond Austerity: Democratic Alternatives for Europe is available as an e-book from Spokesman Press.