The debate on AI has focused mainly on its potential effect on employment. The impact on equality should not however be missed.

‘Human capital’—the economic value of our cognitive and noncognitive capacities—is our most important asset. According to recent World Bank estimates, the value of human capital globally amounts to 64 per cent of total capital, while in the advanced-country members of the Organisation for Economic Co-operation and Development it is typically worth four to six times as much as physical capital. Human capital is decisive not only for welfare but also for growth, social mobility and income distribution.

Among these latter variables, the link between growth and inequality has been contentious in economic research. Three or four decades ago, the consensus in the profession was that inequality was beneficial for growth—indeed this was deemed so self-evident that empirical testing was unnecessary. When the matter was eventually investigated, the picture appeared mixed. Most studies however relied on the Gini coefficient—a spectrum between zero and one as inequality ranges overall from non-existent to infinite—as a measure of inequality. But this is a blunt instrument: two societies with the same Gini may be very different, so the lack of stable statistical correlations between growth and the coefficient should have been no surprise.

Among a smaller group of studies though, in which inequality was disaggregated into the income shares of different strata, the picture was clear: the larger the shares of the lower strata, the higher the growth rate. This was confirmed in a study of OECD countries. Nonetheless, the idea that equality is costly in terms of growth is still promoted in public debate, including by ostensibly qualified participants.

Human capital plays an important role here. As the OECD study showed, individual mobility is higher in more equal countries. The likelihood that young people whose parents have high- or medium-level education will choose higher education themselves is relatively independent of the degree of social inequality, but for children whose parents have only basic education, there is a strong negative link. High inequality is thus connected with low upward mobility.

The correct conclusion is not that ambitious redistribution via taxes and transfers would necessarily attract such children to higher education. The important causal link goes in a different direction: a high-quality system of basic education will mobilise the potential capacity in this group and thereby foster mobility and so growth, via better capture of the talents of all. Lower fertility and increased longevity will follow and in turn strengthen this effect.

The traditional claim that inequality and growth should be positively correlated was that high-income earners had a higher savings ratio, these high savings translating into capital investment sunk in firms and so accumulation. This argument is outdated, for (at least) two reasons.

First, in the early phases of industrialisation, investment in physical capital—infrastructure, machines, buildings—was indeed important for growth, but as human capital has replaced physical capital as the dominant factor of production this link has waned. Secondly, in globalised capital markets there is no guarantee that capital saved will stay in a country and contribute to domestic growth.

The importance of distinguishing types of capital has been underlined by a study at industry level. An unequal distribution of income tends to increase growth rates in those industries which intensively deploy physical capital and reduce growth in those where human capital predominates.

This translates into a self-reinforcing relationship between the prevailing inequality and type of investment. Human capital is more evenly distributed than financial or physical capital and equality tends to promote further investment in it.

There is moreover an ecological bonus, since growth based on human capital, being predominantly immaterial, encroaches less on the physical environment. Growth will remain necessary in the future—not least because the transition to a globally sustainable economic order will require massive investment in infrastructure, while intelligent choices will make it easier to harmonise social and environmental goals.

Against this backdrop, the development of artificial intelligence represents a threat to equality. AI transforms human capital into machine capital, thereby weakening the distinction between these two types of capital and possibly reversing the potentially benign relationship between the predominance of human capital and social equality.

Much however depends on how AI is deployed and there is room for political initiative in this respect. The public sector is in a position to influence choices made and to steer technology development, in education and in other public services.

In schematic terms, the choice is simple. On the one hand lies a development path characterised by higher income inequality, predominantly physical capital accumulation and probably a weak rate of employment. On the other is a path focused on more evenly distributed human capital, higher growth, higher employment and less environmental disruption. 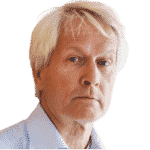 Per Molander is a writer, former director general and chair of the Swedish Public Commission of Equality. His most recent book is The Origins of Inequality (Springer).