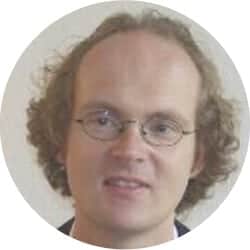 International conflicts are inevitable when governments challenge the excesses of multinational corporations.

Emotions are running high after the EU commission ordered the Irish government to claw back €13 billion in unpaid taxes from Apple, with the US government threatening retaliation. Following Britain’s decision to leave the world’s largest trading block and declarations by French and German politicians that TTIP negotiations are dead in the water, commentators have suggested that the EU’s ‘protectionism’ constitutes a threat to global economic integration.

This may be taking things a little too far. Protectionism is defined as measures which protect domestic companies against competition from abroad. It is very hard to see how Apple’s tax bill meets this definition. Apple has used a complicated tax structure that takes advantage of idiosyncratic characteristics of the US and Irish tax systems, which leaves parts of their profits basically untaxed in either jurisdiction. Closing this loophole and clawing pack unpaid taxes is not specifically aimed at hurting US companies. Moreover, it is not clear which domestic competitor might be protected: In Apple’s line of business, there simply is no European supplier.

It is also worth comparing the Apple case to recent US fines against European companies. German car maker Volkswagen had to cough up $15 billion when it cheated on emissions standards and French bank BNP Paribas was fined $8.9 billion for breaking US trade sanctions on Sudan, Iran and Cuba.

In comparison with these cases, the Apple fines look relatively benign. After all, Volkswagen and BNP Paribas were competing neck-and-neck with US car makers and financial institutions. And while Apple can pay its new tax liabilities from idle cash reserves, the $15 billion fine for Volkswagen is eating into its research and development budget, lowering its ability to compete in the future. No wonder that German and French policymakers have – at least behind doors – wondered whether the same fines would have been imposed had General Motors or Goldman Sachs committed the same crimes.

But what about the fact that Apple might have had ‘legitimate expectations’ that its tax engineering was legal (in contrast to the activities of Volkswagen and BNP Paribas), which would make a retroactive clawback unfair? After all, Apple had received assurances from the Irish government about the legality of its tax structure. But here one needs to remember that, at least in most European legal traditions, legitimate expectations have a limit. If a structure was chosen under which the company paid less than one percent in effective taxes on their profits while statutory rates (which are paid by most European companies) run in the double digits, Apple managers should have known that something was wrong.

If I walk through a market in Bangkok and buy a dozen new iPhones for €50 each for my friends and family, even if the seller signs a form that the purchase is legit, I should not be surprised if the iPhones are confiscated at customs control in Europe as counterfeit. Similarly, if Apple chooses a shady, complicated tax structure, even if it is assured of its legality at the beginning, it can have no complaint. There is no economic or moral way to justify such an absurdly low tax burden, and correcting this misbehaviour is not protectionism.

Instead, what this case demonstrates is that international conflicts are inevitable whenever governments challenge the excesses of multinational corporations, as any of these attempts will impact on other countries.

This was certainly true in the two cases cited above. In order to pay the US fine, Volkswagen was forced to use revenue that otherwise would have counted towards its taxable profit in Germany. In the German tax system, this disproportionately affects the local municipalities concerned. Wolfsburg, the town where Volkswagen has its main production site in Germany, has had to make large cutbacks in public spending as a result. BNP Paribas, France’s most important bank, was also severely weakened by its fine.

It is an illusion that we can simply drive forward the international trade in goods, services, capital and intellectual property without also integrating the structures overseeing, regulating and taxing multinationals. If national (or the EU) governments want to continue to regulate their own markets and collect taxes to pay for public goods (and this is the very essence of governments) without supranational structures, there will always be tensions.

This article originally appeared on ECFR.

Sebastian Dullien is a Professor of Economics at HTW — University of Applied Science, Berlin. His extensive work on the financial crisis has recently been summarized in his book Decent Capitalism (published by Pluto Press in 2011, written with Hansjörg Herr and Christian Kellermann).