Jan T. Gross is Professor of War and Society and Professor of History at Princeton University. He is the author of 'Neighbors: The Destruction of the Jewish Community at Jedwabne, Polish Society under German Occupation', and 'Fear: Anti-Semitism in Poland After Auschwitz'. 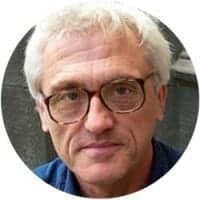 As thousands of refugees pour into Europe to escape the horrors of war, with many dying along the way, a different sort of tragedy has played out in many of the European Unionâ€™s newest member states. The states known collectively as â€œEastern Europe,â€ including my native Poland, have revealed themselves to be intolerant, illiberal, xenophobic, […]