Peter Singer is Professor of Bioethics at Princeton University, Laureate Professor in the School of Historical and Philosophical Studies at the University of Melbourne, and founder of the non-profit organization The Life You Can Save. 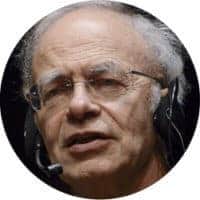 From 1949, when Mao Zedong’s communists triumphed in China’s civil war, until the collapse of the Berlin Wall 40 years later, Karl Marx’s historical significance was unsurpassed. Nearly four of every ten people on earth lived under governments that claimed to be Marxist, and in many other countries Marxism was the dominant ideology of the […]