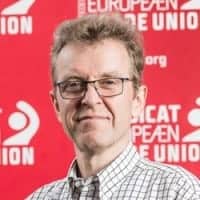 It is quite amazing that the European Commission has never really addressed the question of European democracy. Neither a White Paper nor a Green Paper has been issued to reflect upon the concept of supranational democracy that has been under discussion since the very foundations of the European Community/Union. The issue of a democratic deficit […]

The European Commission has once again issued a legislative proposal which jeopardises workers’ rights. The proposal for a “single-member private limited liability company” (SUP in European jargon) would create a 29th regime in company law. It goes down the same road as those previous company law proposals (like the European Private Company) which bypass rules […]

After the European elections, the World Cup became the new hot topic. Only insiders were interested enough to follow closely the selection process of the new Commission President. Nevertheless, there were some quite interesting developments which are worth noting: the European elections were the most European in the history of the directly elected European Parliament […]