In the early hours of Monday morning, global leaders adopted the ‘Kunming-Montreal Global Biodiversity Framework’. The agreement at COP15, which includes targets to restore 30 per cent of degraded ecosystems and to protect 30 per cent of land and sea areas by 2030, is a promising step.

The European Union and its member states must now back up these key targets by swiftly agreeing a sound Nature Restoration Law, as the much-needed tool to make things happen. Otherwise, this will continue to be another decade of nice promises overlaying more extinction, degradation and pollution, further undermining the credibility of the EU and the livelihoods of many.

The Global Biodiversity Framework was to be the ‘Paris moment’ for nature—the time for real momentum to tackle the biodiversity crisis, the often-forgotten crisis of mass extinction. This breakdown is leading to a loss of fundamental ecosystem services on which our lives and wellbeing depend, such as clean air, pollination for food production and protection against extreme weather events.

The challenge states faced was daunting: complex targets transcending the narrow objectives of the Convention on Biological Diversity (under whose auspices the Global Biodiversity Framework was negotiated), a highly volatile context of economic instability and sociopolitical uncertainty, and the seemingly unbridgeable north-south divide. And the framework is a success on many fronts: for instance, the recognition of indigenous territories as a third pathway for conservation, beyond protected areas, is of historic importance.

Nonetheless, some elements, especially those linked to the drivers of biodiversity loss, are weak. In particular, targets on sustainable use of biological diversity and genetic resources may even be weaker than their predecessors (the Aichi targets covering the previous decade).

Furthermore, the Global Biodiversity Framework calls for partial elimination of harmful subsidies, but simultaneously opens the door for agricultural intensification. Similarly, the widely celebrated 30×30 goal may partially suffer from a dilution because of the inclusion of the term ‘sustainable use’, which has historically allowed of extractivism inside areas under various conservation measures.

Another limitation of the framework relates to the weakness of the implementation mechanism. While there have been significant improvements compared with the Aichi targets, countries missed the opportunity to increase transparency and accountability by tracking individual parties’ progress. This would have helped to identify potential implementation challenges, share experiences and provide tailored recommendations, aligned with particular national needs and circumstances.

The non-binding nature of the agreement provides a fundamental challenge to ensure that the goals and targets of the framework are met. It cannot be directly enforced when the parties fail to live up to their agreements, nor can countries be tried at an international court when they are not doing enough. This though is a tool which, among others, steers the implementation of the Convention on Biological Diversity, which isa legally binding multilateral environmental agreement, albeit with only limited substantive obligations for the parties.

Non-binding international-law declarations (‘soft law’) have played an important role in building political momentum and can provide relevant context to interpret existing legal obligations, but we simply no longer have the time we may have had in 1992 when the convention was opened for signatures. This decade is decisive to turn the mass extinction around. We therefore have eight more years to reverse the alarming biodiversity trends. The actual legal value of the Global Biodiversity Framework lies in the political commitment and the will of parties to take action at national level to deliver it—including through legally binding measures.

The EU, with its huge biodiversity and climate footprint and thus heightened responsibility, must thus turn its commitment to the new global framework into the action needed over these crucial eight years. The European Commission’s proposal for a regulation on nature restoration provides the legal tool to implement the global restoration target, while also contributing to the 30×30 protection target—provided it is swiftly adopted and strengthened in some key aspects to ensure it lives up to the global promises, the science and interlinked climate obligations.

The proposal sets out an overarching objective for 20 per cent of the EU’s land and sea area to be covered by restoration measures by 2030, combined with ecosystem-specific targets for 2030, 2040 and 2050. This is a good starting point to tackle the biodiversity crisis in Europe, but three main elements need to be strengthened.

First, 20 per cent is not 30 per cent, although the devil is in the detail: the global target refers to 30 per cent ‘of areas of degraded terrestrial, inland water, and coastal and marine ecosystems’, which is vague given the lack of a clear definition of ‘degraded ecosystems’. An area-based objective in EU law, focused on real restoration measures, is still very welcome—provided it is strengthened to be enforceable against the parties, the member states. Otherwise, we simply risk getting to 2030, adding up the numbers and finding that we have again failed to meet a legal objective, repeating patterns as if there were no real consequences.

Secondly, with the science clearly telling us that we need large-scale action for biodiversity in this decade, delaying the majority of restoration obligations to succeeding decades, all the way to 2050, is not an option. The timelines for ecosystem restoration targets therefore need to be brought forward, particularly if we want this regulation to produce its much-needed effects of climate mitigation and resilience in the face of disaster risk in a timely manner. With clear climate-neutrality targets for 2050 and ecosystems taking time to deliver their carbon benefits, it simply does not add up to delay restoration measures until then.

Thirdly, marine-restoration measures need to be capable of implementation and not end up in the deadlock of the Common Fisheries Policy. The current application of the CFP blocks marine conservation, so restoration measures face a similar fate if the relationship is not clarified through the Nature Restoration Law.

In the wake of the global agreement, EU environment ministers yesterday shared their views on the proposals for such a law. Many spoke out in strong support, highlighting its necessity and the many climate, social and economic benefits it will deliver.

A handful of member states seemed however already to have lost Monday’s global momentum. Instead of seeing the Nature Restoration Law as the essential tool to implement their commitments, they defaulted to the usual lines—echoing industry lobbies—around flexibility, feasibility and fears of economic impact.

With the science warning of the closing window of opportunity before we reach irreversible tipping points, the immense human and financial cost of no or inadequate action and a solid and flexible EU proposal amid global commitment, it seems absurd that one could even talk of momentum flagging. With everything at stake and only a few years left, we should really be at the highest speed of change already. 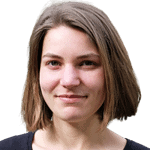 Laura Hildt is a policy officer for biodiversity at the European Environmental Bureau. 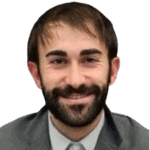 Ioannis Agapakis is an environmental lawyer at ClientEarth.