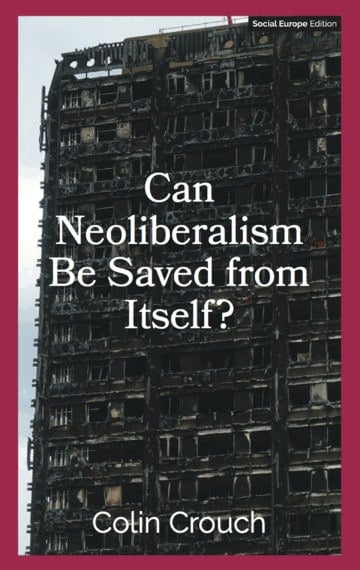 There is increasing evidence of widespread disillusion with the major shift to neoliberal economic policies that has taken place across much of the world. In this account of neoliberalism’s failings, Colin Crouch recognises some of its positive contributions but also notes conflicts within the neoliberal camp – particularly those between ‘market’ and ‘corporate’ forms of the strategy. Finally, he considers to what extent those behind the great experiment are now capable of accepting its reform.

Colin Crouch is a Professor emeritus of the University of Warwick and external scientific member of the Max Planck Institute for the Study of Societies at Cologne.

Colin Crouch has written a clear, concise and jargon free account of neoliberalism. While the problems with the ideology, both in theory and practice are well set out, so are some of the positive contributions he believes have come from the neoliberal approach. An important contribution to the debate.

You are here: Home / Library / Can Neoliberalism Be Saved From Itself?