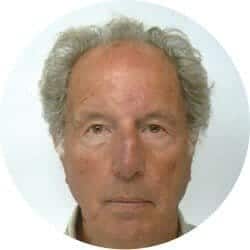 What is surprising about the result of the referendum is that so many of us were surprised – astonished may be closer to the truth. If we had thought a bit more deeply about the state of Britain and placed the referendum within a framework of the country’s policy history over the past 4 decades – since the 1980s- then all would have been predictable. What has happened – a narrow majority decision to leave the EU – has more or less nothing to do with the failings of the EU and everything to do with the state of the UK.

Possibly the most significant factor has been the welcome given to neo-liberal economic ideas and their embodiment in national policy. Fundamental to this ideology is the proposition that markets are self-equilibrating. That, if left to themselves with the minimum of government regulation, all would be well and everyone would be better off including both the rich and the poor. Of course the conditions required for such an outcome are in practice not present in the real world where there is risk and uncertainty and concentration of ownership and control. The generalised acceptance of ‘austerity’ was yet further evidence that nothing had changed after the 2008 crisis.

Nothing was done to effectively curb the greed of the banks and the so-called shadow financial sector while the key recommendations of the Vickers Commission were eviscerated by the Treasury under Osborne. If anything the financial system is even more unstable now and more unregulated than it was in 2008. These outcomes reflected policy choices by the Tory Government aided and abetted by the Lib Dems during the Coalition.

What have these failings of fiscal and monetary policy got to do with the referendum? It is fairly straightforward to list what was done, why and what the impact has been.

Not surprisingly people have attributed their worsening standard of living and especially the deterioration in access to decent housing to Government policies. The situation has been exacerbated by welfare policies that have nothing to do with the problems of financing government but everything to do with a political dogma that wants to roll back the state.

Our political class should not be let off the hook and we need a clean sweep of both leadership and their failed socio-economic policies. What we do not need to do is leave the EU although as an arrangement it surely is in need of root and branch reform.