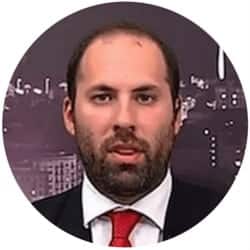 Brexit is treated as exceptional when it is symptomatic of a far larger trend. The First World is breaking down, and this is prompting a dangerous backlash. The First World refers to both a place (the wealthy, industrial democracies), and a set of ideals that legitimated the system against the Communist alternative: robust capitalism, a strong and growing middle class, liberal democracy. The alternative disappeared a generation ago, leaving the First World to fail on its own terms. Economies are stagnant and inequality is rising. Aspirations are being frustrated while the middle class shrinks. Democracy is constrained by forces beyond the nation-state, corrupted by the influence of money, and institutionally hollowed out. The status quo is no longer able to deliver on what it promised.

This has prompted a backlash: a huge anti-establishment insurgency and a proliferation of populist forces. The revolt takes many expressions, but we should be worried about one in particular: the rise of a radical right characterized by its nativism, authoritarianism, and populism. They are getting stronger at the ballot box, they are more present in the streets, and their discourse is quickly colonizing the mainstream. Its rise can in part be explained by three of the factors that triggered Brexit: widespread economic insecurity, cultural anxiety, and a desire to take back sovereignty and control. In order to simultaneously contend with the forces of neoliberal globalization responsible for the breakdown and the radical right it has spawned as a backlash, all three triggers will need to be addressed.

The most familiar explanation for widespread economic anxiety is the losers of globalization thesis. Globalization generates winners and losers; and as Branko Milanovic has shown, everyone has gained except the lower and middle classes of the wealthiest countries. But we can carry this logic one step further: capitalism itself generates winners and losers. This reappears when it comes to the distributional impact of technological advance and automation, and with regards to the consequences of urban real estate booms. We are witnessing a rise in the number of uncompensated losers. The culprit is not globalization, the markets, or capitalism: it is politics. In the absence of adequate measures of social solidarity, people will clamour for a protectionist response.

This backdrop allows demagogues to play on cultural anxieties. Or to put it less delicately, allows racists to scapegoat immigrants and ethnic minorities. When Trump promises to “Make America Great Again” he’s peddling nostalgia for the 1950s: racial segregation, a traditional division of gender roles, and restricted migration. During its post-war peak, the First World wasn’t that great: it spawned anti-colonial revolution, the civil rights movement, a resurgent feminism, LGBT activism, and youth revolts across the world. At the heart of the backlash everywhere you will find angry white men seeking to turn back the clock on social progress. It’s a short leap to go from defending the supremacy of the First World system to defending the supremacy of its people. Economic anxiety is legitimate and should be addressed through a programme of economic security for all; cultural anxiety is not and should be confronted. The progressive alternative will be plural and inclusive, or it won’t exist.

Finally, control. Democracy requires borders if it is to function. The two big challenges in a globalised world consist of dealing with flows of capital and flows of people. They require separate responses, given that their situation is presently unbalanced: money does not require a visa to travel, whereas poor people are mostly restricted from moving to wealthier countries. The evolution of the crisis of the euro shows the limits of purely national fixes for coming to grips with capital; there’s a need for both transnational coordination and capital controls to bring the scope of markets and the scope of politics into line. When it comes to dealing with migration pressures, Europe’s handling of the refugee crisis shows that the big problem is not the migrants themselves: it is the political response their presence generates.

More migration against a backdrop of generalized economic anxiety translates into more opportunities for the radical right to expand its influence. They will offer to entrench hierarchy and exclusion through a world of walls. Their response to migration poses a threat to both the liberal global order and to liberal democracy itself. Dealing with migration pressures and halting the advance of the radical right are therefore linked. This entails an agenda for tackling the inequality that gives rise to migration in the first place. On the one hand, a reform of globalization to promote a further convergence of incomes, reducing the pull factor, will be required. But far more significant will be the push factors: they will only further intensify as climate change wreaks havoc. Tens of millions will die and hundreds of millions will be displaced if this issue is not dealt with. Taking climate change seriously is a moral imperative, but also a question of enlightened self-interest. The radical right will propose Fortress Europe and eco-apartheid. Stopping them requires a commitment to a rapid decarbonization of the wealthy economies. Both within countries and between countries, more social solidarity is required for a liberal order to prevail. Better mechanisms of redistribution are the only alternative to renewed protectionism.