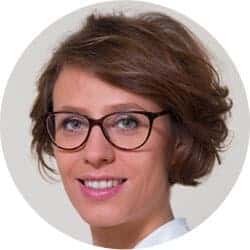 The UK’s decision to withdraw from the EU is a blow to Central Europe. The region worries that the post-Brexit EU will be, among other things, less resolute in its response to an increasingly assertive Russia. The Central European countries will urge other member-states to maintain close ties with post-Brexit Britain. They will oppose any deal which could exacerbate East-West dividing lines and lead to the EU’s fragmentation.

Central Europe is sorry to see Britain leave the EU. The UK had championed the 2004 Big Bang enlargement and helped Central Europe articulate its interests in NATO and the EU. Relations between London and the region cooled as a result of increasing anti-immigration rhetoric in Britain but Central Europe has appreciated Britain’s role in pushing for EU sanctions against Russia and in strengthening NATO’s eastern flank. The majority of Central European countries (perhaps with the exception of Hungary or Slovakia) have a shared distrust of Moscow and worry that post-Brexit the idea of rapprochement with Russia will gain more traction in the EU.

Britain and Central Europe have also supported economic liberalism in the EU. Certainly, the current governments of Poland and Hungary have favoured some protectionist measures in their economic policies but, together with other Central European countries, they supported Cameron’s efforts to reduce regulatory barriers for business as part of his reform agenda. Most Central European countries co-signed Britain’s letter to the European Commission in 2015, urging Brussels to push forward with completion of the single market in services. Central Europe has also supported Britain’s push for more EU free trade agreements with non-member countries. Although public backing for TTIP seems to be plummeting in all EU member-states it is still higher in Central Europe than, say, in France or Germany. The EU without Britain will perhaps not change into a protectionist bloc, but it will more than likely have less appetite for further market liberalisation.

Some Central European countries also share earlier Britain’s concerns about further eurozone integration. Poland, the Czech Republic, Hungary, Bulgaria, Romania and Croatia are legally committed to adopt the euro, but the common currency does not enjoy overwhelming support in most of these countries. Like London, they are worried that the eurozone, which has an in-built majority in the Council of the EU, could gang up on others and undermine the cohesion of the single market. Poland and Hungary, which are particularly sceptical about the euro, sympathised with David Cameron’s call for safeguards against possible discrimination by ‘euro-ins’ in EU decision-making. There is little evidence that the eurozone, which can hardly agree on the future direction of the Economic and Monetary Union, will vote en bloc, but Warsaw and Budapest worry that without Britain it will be harder for ‘euro-outs’ to resist pressure from ‘euro-ins’. The governments of Hungary and Poland also cheered Cameron in his crusade against ‘ever closer union’. Without Britain they will find it more difficult to promote a vision of the EU where member-states, rather than EU institutions, have a final say over the course of EU’s individual policies.

No wonder that some in Warsaw hope that if the EU abandons utopian ideas of deeper integration and gives member-states and their parliaments more say in EU decision-making, then Britain might change its mind and stay in a reformed EU. But if the UK decides to leave anyway Warsaw will go the extra mile to accommodate its concerns in divorce talks, and push for close UK-EU co-operation on economic and foreign policy issues. Poland hopes that London will return the favour and engage more in NATO efforts to deter Vladimir Putin’s increasingly assertive Russia. Other countries in the region, like the Baltic states or Slovakia, are also keen to keep Britain close to the EU orbit but, unlike Warsaw, they see both NATO and eurozone membership as anchors of their security. They will be reluctant to push for any settlement which would threaten eurozone interests or undermine its integrity.

The British government has not made it clear what kind of relationship the UK will seek with the EU post-Brexit. But Theresa May’s pledge to end free movement of EU workers and the jurisdiction of the European Court of Justice suggests that the UK might be leaving the EU and single market altogether. The business community has urged her to negotiate an interim deal which would enable Britain to remain within the single market in the period between its exit and the entrance into force of the new agreement on its future economic relations with Europe, thereby obviating the negative effects of “hard Brexit”. Central Europe might be keen to entertain this idea. Although Germany is the largest trading partner for many Central European countries, exports to Britain also contribute to the region’s GDP.

But the UK should not expect a free ride either. Central Europe will want to secure legal rights post-Brexit for its citizens working in the UK and it will expect Britain to continue paying into the EU budget in return for access to the single market. Central Europe worries that other net payers will be reluctant to pay more into the EU pot to compensate for the loss of the UK’s contribution. But Warsaw might be more flexible on the principle of free movement of labour during the interim period than the rest of the region. The government has criticised its predecessor for doing little to attract young Poles living abroad to return home. There are currently around 916,000 Poles in the UK, making them the largest migrant group. Some politicians in the governing Law and Justice party might be tempted to allow Britain to curb EU migration post-Brexit if it helps keep an ally in the single market, fight the problem of the brain drain and show that the government’s measures to convince young people to remain in Poland are working. But a decision to let Britain remain in the single market, even temporarily, and restrict free movement does not depend on Warsaw alone and other Central European countries would try to dissuade the Poles. They fear that any special offer enabling Britain to continue to pick and choose in which European projects it wants to participate could create a dangerous precedent for other member-states; Eurosceptic forces in, say, France, Denmark or the Netherlands might want to press their governments to negotiate similar concessions. This could provoke discussion about revising the free movement rules and further exacerbate East-West cleavages in the EU.

The four freedoms of the single market are seen by Central Europeans as the greatest EU successes, enabling countries that were separated from the West by the Iron Curtain to become successful modern economies. Britain was one of the strongest advocates of the reunification of Central Europe with the West. It would be a huge step back for European unity to see free movement dismantled as a result of Brexit.