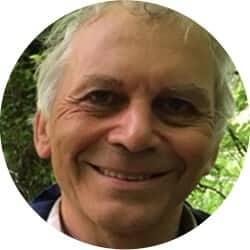 Walking across the Lake District, we were many miles from the South-East England “bubble”. But the realities of possible Brexit were as stark here as anywhere, although few news items seem to have been given much national prominence.

In the principal local newspaper, the Westmoreland Star, it was reported that Glaxo Smith Kline (GSK) will review and postpone its earlier-announced doubling of output and expected increase of 350 jobs in the area. Further details make clear that this is due to the uncertainty caused by possible Brexit. GSK, as one of the world’s leading bio-pharmaceutical companies, would have been providing particularly high- quality jobs in one of the most promising sectors. In this as in many sectors, Brexit uncertainty reflects questions as to whether the UK would maintain regulatory standards equivalent to those of the EU (a far more important issue than relative tariff levels), with a canary indicator in the bio-pharmaceutical sector being the prospective move of the European Medical Agency from London.

In the Cumbrian village of Orton, and elsewhere, there are signs from BT advertising that the village has high-speed fiber optic connections. In a corner of the sign is the EU flag and the information that this was part financed by EU regional funds. This is just the sort of infrastructure enhancement that benefits communities – provided successfully most often by the EU.

Another potentially popular technological issue largely by-passed is that thanks to an EU decision, as of this summer, mobile roaming charges across the EU have to match those domestically. Thus, all the Brexiteers on their Mediterranean holidays have been able to use their cellphones as though they were in the UK. This is a significant demonstration of the benefits of the single market. I missed the big “thank you” that must have been offered in the national media. 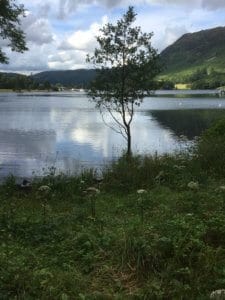 Meanwhile, walking across the Lake District, one sees endless hillsides with grazing sheep. We are told that the UK will negotiate free trade agreements across all sectors if we leave the EU. It is the case that government money is being used to train future trade negotiators, given that this was an extinct profession in the UK. But it is hard to think that a free trade agreement in agriculture with two of the favorite go-to partners, the United States and Australia, can be designed in such a way that they could not flood the UK with sheep products, in which they (particularly Australia) have a comparative advantage. The English countryside would never be the same again.

So, what was in the newspapers? The Daily Mail was leading with horror stories about plucky British holidaymakers having to undergo four-hour security checks in Spanish airports, and opining that this was Europeans “punishing” Britain for voting for Brexit. (Even the Daily Express did not go along with this nonsense: it pointed out that the delays were due to recently enhanced security procedures across Europe, but criticized the Spanish for implementing without first building up staff resources.)  Leaving aside the question as to why these uber-Brexiteers were holidaying in foreign parts anyway, one could say: “Welcome to Borders”. This is what you have voted to introduce for yourselves and for everything that you buy from the rest of the EU. Think of the queues of lorries that will back up in northern France as they each wait for inspections of every item—from fresh foods to motor vehicles—that now race through to fill our supermarkets and our showrooms. It is not punishment. It arises from the resurrection of a resource-heavy activity (border controls) that is bound, for conventional economic reasons, to be underfunded for the foreseeable future.

And the final craziness: to still think that a decision made narrowly at a single point in time cannot in a democracy be reversed as new information comes in and old information is exposed as having been deliberate lies. Endless repetition does not make a nonsense a reality, whether in the Lake District, on the intra-Ireland border, or in the UK as a whole.