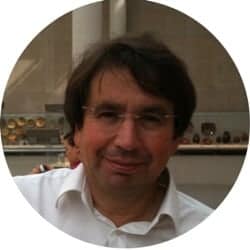 The referendum was lost some time ago. At its most superficial it was lost because the EU failed to give Cameron enough to take back from the negotiating table in the form of plausible and sustainable gains for the UK. It was lost because Labour’s leadership catastrophically failed to join a unified platform until the last few days of the campaign and failed to communicate to its electorate a coherent and plausible narrative of the EU and its future. It was lost because of the years of austerity policies championed by Cameron and Osborne which have left peoples’ living standards suppressed and many marginalised. It was lost because it became a referendum about immigration and peoples’ fears, the latter worked on and stirred by right wing politicians from the Conservatives and UKIP projecting these fears into false utopias of an independent Britain, independently wealthy. And it was lost because these fears of the unknown and the Other played into the voting preferences of older generations.

Underneath all of this there are deeper trends which make the referendum appear mere epiphenomena of more structural shifts. The EU has suffered a calamitous disjuncture between its political capacities and its economic and social challenges. While the Euro radically enhanced economic interdependence across Europe this process outstripped the governing abilities of the EU in its current form. Caught between the proclamation of Europe united and the sectional interests of its leading countries, the EU has staggered from crisis to crisis, revealing its deeper structural and democratic fault lines. The EU has been an elite project, with key decisions taken behind closed doors among its leading powers, and all too often at a vast difference from Europe’s peoples, who have felt aggrieved, alienated, and disconnected.

Yet, further beneath the surface there are other powerful processes. Global cities like London have become centre points of the world economy and its multiple financial and commercial interests. These cities have risen in the last 30-40 years to become hugely successful metropolises able to accommodate diversity, rapid change, and an international vision of their place in the world. Such global cities are hubs connected to other global cities which have directly benefited from globalisation in the last few decades. In these hubs all boats could rise together. But the other side of this success is that these great cities have tended to accelerate away from the land masses in which they are embedded. They have more in common with each other than many of the rural and urban areas in their hinterlands.

And this too reflects deeper shifts. The post-war era was built on an understanding of the horrors and catastrophes that could be unleashed when states go it alone in an international order without constraints. The international institutions developed in the post-war years, along with their EU counterpart, in order to prevent another great war, keep European conflict at bay, and create the conditions for prosperity in a relatively open and liberal order. This post-war institutional settlement was enormously successful for many decades. But now the very conditions that created that success are no longer sustainable as power shifts from North to South and West to East. Global interdependence has outstripped the capacity of the post-war institutions to manage it and this is leaving a legacy of disruption, crises, and runaway global challenges, including ever-wider income and wealth inequalities.

The referendum is at the centre of these shifting plates. It is the crack which can become a chasm in the post-war order. Accordingly, we enter a new era which has radical uncertainty at its centre and resembles in some respects a return to a disorderly world of states relentlessly pursuing their own interests. We know what often comes next.

David Held is Master of University College, Durham, and Professor of Politics and International Relations at Durham University.