After the financial crash, the pandemic has rendered the labour market for young people across Europe even more precarious than before.

Paqui and Ingrid—aged 25 and 21—have had more contracts in the last few years than their parents have had during their entire working lives. Both have been sales assistants in fashion retail outlets since they were 18 and are used to stringing together jobs that last a week, a month, two months, six months. ‘A week and four days. That’s how long the last one was,’ one says, matter-of-factly, because that is the only start to adult life open to them: scraping together a work history, bit by bit, earning just enough to live on but not enough to start a life of their own, hoping to secure a permanent contract one day, but finding it harder to see it happening, so remote have their chances become over the last year.

‘I had a six-month contract. They were going to give me a one-year contract after that but, because of Covid, they didn’t renew it,’ explains Paqui. ‘I was hoping to become independent, having reached the age of 25, and just as I was getting there, all this happened. It’s like starting all over again.’

The impact of Covid-19 on young people around the world could be summed up as a drama in three acts, starting with those who had a job and lost it—more than one in six according to the International Labour Organization (ILO), then those who were studying and had their education disrupted and, finally, those who were about to enter the labour market but were left with no prospects before they even started. It is little wonder that 40 per cent of young people now view their future with uncertainty and 14 per cent with fear. ‘There’s nothing we can do, no matter how hard we try,’ says Ingrid. ‘I think it’s going to take a long time for things to pick up and that really worries me. The future looks very bleak.’

They have been hit harder by the economic crisis caused by the pandemic because they were already at the bottom of the pile.

In 2019, the unemployment rate among workers aged 15 to 24 in the European Union was three times higher than for those over 55, especially in the countries of the south (but also in the Baltic states and Sweden) where the quality of the jobs is lower and the young workforce is concentrated in sectors with high levels of temporary or seasonal employment, such as retail or the hospitality industries—which were among those most affected by the coronavirus restrictions in 2020.

Today, unemployment among young people is three times higher than among their elders, and the gap between their generation and previous generations is widening. People were shocked by the images, shown at the beginning of 2021, of the many students queuing at food banks after having lost their jobs in France. In neighbouring Spain—with the highest youth unemployment in Europe, at 40 per cent—if the same queues have not been seen it is thanks to the support given by families which, as was the case with the 2008 economic crisis, have once again had to serve as an emergency network. In this instance, however, that network is much weaker.

The youth employment problem had been fermenting ‘even before the 2008 crisis’, according to Eduardo Magaldi, spokesperson for the youth section of Spain’s UGT trade union centre. ‘Long before that, contracts or measures differentiating between young people and the rest of the population were already emerging, as well as an ever-larger pay gap,’ he explains. But it was not seen as an issue back then. It was taken for granted that young people had to start work at a disadvantage, simply on account of their age. Precarious work was considered the norm for young people.

It was not until the economic crash of 2008 that precarious employment went from being a temporary to a chronic disorder. The first to be affected were the millennials, Generation Y, those born between 1981 and 1995, whose entry on to the labour market coincided with this reality check.

‘Since they weren’t able to start a career, many of them extended their studies, they did masters’ degrees,’ says Magaldi. ‘Then came the false internships. Companies took advantage of young people’s needs and used them to save on labour costs.’

The period between 2008 and 2013 saw the highest levels of youth unemployment ever seen. Many young people went from being students to being long-term unemployed. Then, once they started working, they were hired on precarious terms, with ever shorter contracts and lower wages. By 2016, the proportion of young people classed as working poor had already surpassed that of adults.

With the pandemic, the millennials are going through their second crisis. This time, however, it is not they who are the worst off but those who came after them, Generation Z, born between 1997 and the first decade of the 2000s. ‘I was very young when the crisis hit in 2008, but I was already old enough to understand that I was going to have a hard time finding a job in the future,’ says Diego Valdés, a 24-year-old industrial engineering student.

According to the ILO, young people between 15 and 24 will struggle the most to find employment in the years ahead. Their transition to their first job and to making a life of their own is expected to take even longer. As things stand, only 17 per cent of young people are able to secure their independence and, when they do, they do so at the age of 26 at the earliest (age 29, in the case of Spain).

‘They struggle to see themselves becoming independent, forming a family and having a home of their own. They are aware that they don’t have the financial resources they need to get there,’ says Ariana Pérez, head of the Ibero-American Youth Observatory of the SM Foundation, a non-profit educational institution. ‘Most of them have lived through two crises and have never experienced a period of economic boom in their lives.’

With future prospects on hold, some look to other options such as taking refuge in their studies or emigrating. According to the latest survey by the Observatory of the SM Foundation, more than half of Spain’s young people consider it very likely that they will have to move to another country to make a better living. This option, however, is not open to everyone. As Pérez explains, ‘Those who consider emigrating are young people in the middle to upper-middle socioeconomic groups, because they can afford to take the risk. Those from low or lower-middle socioeconomic groups don’t even consider it an option.’

The young people in these groups include those at risk of poverty—a third of the total in Spain, youngsters from vulnerable groups such as national minorities or those who have left care institutions, young adults with fewer resources to be able to withstand the uncertainty. ‘Some have not even completed compulsory education. They have a low [academic] level. They are digital natives but they only know how to use a mobile phone,’ explains Álvaro García, a teacher at the Arrabal-AID association, which provides training and support for young people facing greater difficulties, through the Incorpora programme.

The real risk for them is not that their transition to the labour market takes longer but that they become completely cut off from it, that they end up falling into the category of those who are not in education, employment or training—the famous NEETs. Before Covid-19, one in five young people in the world were NEETs, a concept often associated with discouragement but also linked to inequality.

‘There are many young people who are not only not in education, employment or training but nor do they have access to it,’ José Antonio Alcoceba, a sociologist specialising in research into young people, elaborates. ‘In the past, the public education system helped to equalise opportunities, but since the crisis all the burden has been shifted onto families, and this is unfair because it generates inequality at the most basic level. Not all young people start out with the same chances.’

In 2013, the Europe of 28 recorded 23.8 per cent youth unemployment—the highest figure to date. In 2020, it was 17.6 per cent, but it is the first time the rate had risen in seven years—and it is expected to keep rising. To avoid a similar collapse, the EU has proposed earmarking part of the post-Covid recovery funds to support this group and to reinforce the training and employment programmes available to them.

Youth organisations welcome this. ‘If the resources are well spent, it could be a positive thing,’ says Adrià Junyent, vice-president of the Spanish Youth Council (CJE). ‘But if quality employment is not created at the end of the day, this money may help momentarily, but it will only be a sticking plaster.’

The young people of today no longer trust institutions, including governments, political parties and trade unions, in which, as the ILO itself has warned, they are increasingly under-represented. ‘Workers employed in small businesses or on short-term contracts are not able to take the leap and become active members,’ acknowledges Magaldi of the UGT. ‘It’s something we have to keep working on.’

The question is whether this distrust and discontent will translate, as it did in 2011, into a new global indignation movement. Already in February 2021, Spain saw young people protesting against the imprisonment of the rapper Pablo Hasél. ‘These protests may, we believe, be partly driven by young people’s disaffection and the vulnerable situation they find themselves in,’ Junyent points out. For the sociologist Alcoceba, however, ‘we are unlikely to see a repeat of the Indignados movement. The young people of today are more pragmatic.’

Diego Valdés, an engineering student, believes that ‘there are many young people who are waking up’ but, in his view, the upcoming revolution ‘will not be like the 15M’—the Indignados movement. For him, it will be led by associative movements such as the recently established youth platform, Talento para el Futuro, of which he is a member, and which is fighting to give young people a voice within the same institutions that have long since forgotten them. ‘This movement is not as easy to see, we are not protesting or camping on the streets, but it is starting to bring people together,’ he says.

Forums such as these are calling for ‘a pact between generations’, which takes advantage of the momentum of the post-pandemic recovery to put an end to chronically precarious employment for young people and finally reduce the gap that separates young workers from the rest—starting by preventing young people from being the first victims of each new crisis.

This originally appeared on Equal Times 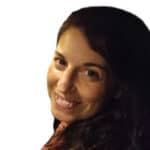