Without the active participation of women and girls in climate strategies, a carbon-neutral future will remain out of reach.

The world is well aware that the climate crisis is one of the main stumbling blocks to sustainable development. And yet, despite the dramatic evidence of the lethal consequences of climate change, and despite possessing the knowledge, technologies and resources to fix it, we continue on the same high-carbon path that threatens our survival.

We also know that climate stabilisation depends on a whole-of-society response, and thus on all citizens’ equal and fair participation in governance. That has not happened either: women have been under-represented in climate decision-making. And while this trend has slowly been reversed, much more needs to be done to advance a gender-sensitive response to climate change. Three imperatives stand out: women’s leadership, indigenous rights and education.

Efforts to improve gender parity in climate governance have been ongoing for nearly a decade. In 2014, delegates to COP20 adopted the Lima Work Programme on Gender to encourage the inclusion of more women in climate-change negotiations. But five years later, at COP25 in Madrid, 60 per cent of government delegates and 73 per cent of heads and deputy heads of delegations were men.

This imbalance led to the adoption of the Enhanced Lima Work Programme and Action Plan on Gender. Under the enhanced plan, the parties to global climate talks pledged to appoint and provide support for national gender and climate-change focal points for climate negotiations, and for project implementation and monitoring. Even so, from 2019 to 2021, women occupied only 33 per cent of all leadership positions in climate-change negotiations and expert mechanisms.

But efforts to include women in these discussions continue. The final agreement issued at the close of last November’s COP26 in Glasgow included gender equality and women’s leadership as central components of climate policy and action strategies. This represents clear recognition that the transition to net zero will be possible only through active citizenship, with women playing a vital role.

Women are disproportionately affected by the climate crisis, but they are also important agents of change. Giving women a seat at the decision-making table and using a gender lens to shape low-carbon development strategies will go a long way toward making progress on efforts to mitigate and adapt to climate change.

The transition to carbon neutrality requires a radical change in production systems and consumption patterns across all sectors. Women must be part of the process to develop effective policies. The task is daunting but there are examples to follow.

Costa Rica, for one, has set a clear path toward net-zero carbon-dioxide emissions. Since 2014, more than 98 per cent of the energy generated in Costa Rica has come from renewable sources. And in 2021, the country was awarded the Earthshot Prize for its conservation model, according to which local citizens are paid to preserve and restore natural ecosystems, including rainforests. Costa Rica’s success can be attributed largely to the commitment of its citizens to sustainable development and the involvement of indigenous and rural women in climate adaptation, knowledge production and efforts to strengthen resilience.

Indigenous and rural women in particular are the most vulnerable to climate change and environmental degradation. The inclusion of these women in creating sustainable practices is thus central to ensuring the effectiveness of climate-related decisions. Initiatives such as the Shared Societies project of the Club de Madrid emphasise that indigenous communities have the right to be involved in these discussions, and acknowledge that local communities are more likely to support and implement conservation plans when they are fully invested in their development.

Education is also a crucial component of inclusive climate decision-making. In 2021, the United Nations Educational, Cultural and Scientific Organization called for environmental education to be a core curriculum component in all countries by 2025. The UNESCO Berlin Declaration on Education for Sustainable Development states that environmental education must be available to girls and boys alike from an early age to ensure that future generations have sufficient knowledge to respond to climate change. Emphasising gender equality and non-discrimination in access to climate knowledge and skills will boost the ability of young people to effect change.

The recent all-male ‘CEO lunch’ convened at the Munich Security Conference shows that women are still missing from the highest levels of global decision-making. Yet women’s leadership is needed to respond effectively to shared global challenges. Without the active and meaningful participation of women and girls in local, national and global climate strategies, a carbon-neutral future will remain out of reach. 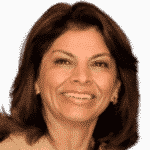 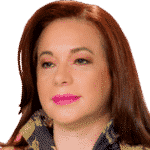 María Fernanda Espinosa, a former president of the United Nations General Assembly, is a member of GWL Voices for Change and Inclusion and a fellow at the Robert Bosch Academy.