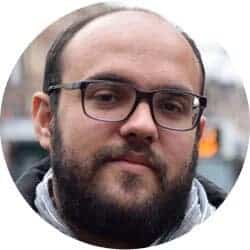 In 2015, Brazil started to implement a fiscal policy based on austerity, following with some years of delay the path that many European countries, such as Greece, Portugal and Spain had entered into right after the 2008 international financial crisis.

In Europe, the results of this policy choice are well-known. As summarized by Joseph Stiglitz, in a recent interview here, as the Troika ‘started insisting on more and more austerity, the economies got weaker, tax revenues went down, and years later the fiscal position of [those] countries, the debt sustainability, is even worse than when they began’.

Europe may have provided a pedagogical experience for other countries but Brazilian policymakers neglected all the lessons the Eurozone crisis teaches us about austerity and its consequences. After nine quarters of economic depression, the newly empowered Brazilian administration of Michel Temer is reinforcing austerity as ‘the’ medicine to treat the Brazilian economic crisis.

The parallels with the European experience are many from diagnosis to medicine – and the rhetoric is identical. A recent piece from Otaviano Canuto, Executive Director of the World Bank, titled “Brazil’s Way Out”, sets out the diagnosis that fiscal profligacy and anaemic productivity growth are the long-standing economic vulnerabilities of Brazil. He argues the only real option for restoring economic growth is to tackle these ‘structural’ weaknesses. He also affirms: “counter-cyclical policies are not an option; there simply isn’t enough fiscal or monetary space”.

When analysing this rhetoric, three questions come to mind. Counter-cyclical policies are not an option but fiscal austerity is a real option to restore economic growth? Is there no ‘monetary space’ available to the Brazilian Central Bank? If the depression lasts, how will productivity grow?

Regarding austerity policies, Canuto’s argument reproduces the conventional view that fiscal consolidations will revive economic growth. At an empirical level, the European experience clearly shows that fiscal austerity is a descent to the abyss of economic depression/recession. On the theoretical front, recent macroeconomic works are openly challenging this view – and we are not talking about works of heterodox economists.

International Monetary Fund’s fellows Ostry, Lungani and Furceri highlight in a recent paper that “austerity policies not only generate substantial welfare costs due to supply-side channels, they also hurt demand – and thus worsen employment and unemployment”.

So, if contractionary fiscal policies have deleterious effects on output and employment, how will austerity restore economic growth? In practice, as Brazilian and recent European experience show, it only makes things worse. (Ex-)President Dilma Roussef’s attempt to promote a consolidation at the start of her second term only contributed to the deterioration of the Brazilian government’s fiscal position and of economic activity levels.

In addition, a fiscal adjustment that comes with a pension reform will certainly increase the population’s vulnerability without any foreseeable growth benefit. Social security benefits are relevant not only in their economic rationale, but also in setting people’s standards of living, helping to reduce poverty and increase social mobility.

Our second question is quite simple: how come there is no monetary space in an economy that is constantly at the top of the world ranking of nominal (and real) interest rates? While the United States and Europe are flirting with zero interest rates, and other countries are crossing the zero boundary and practicing negative rates, the Monetary Policy Committee of the Central Bank of Brazil keeps a 14% per year nominal rate (around 5.0% in real terms).

Brazil’s GDP is falling (-4.9% YoY), unemployment is climbing (more than 11%) and the Central Bank insists on a very conservative policy, providing no ‘monetary support’ to the economy. “But inflation is high”, one might say. Yes, the consumer price index is now around 8.5% taken over 12 months. Nevertheless, there is no case to support demand-pull inflation in a depressed economy, in which the GDP has contracted in the last six quarters. Inflation in Brazil is a mix of indexation mechanisms and cost-push inflation, so one can argue there is space to reduce interest rates.

Lower interest rates might help in reviving aggregate demand growth, though their effects are more relevant in other aspects: a smoother trajectory of public debt might follow, thereby improving the Brazilian government’s fiscal picture, and Brazilian firms could benefit from better financial conditions, allowing them to restore their cushions of safety on terms that are more favourable.

While the austerity rhetoric gains ground, the Financial Times highlights that “Brazil has shot from global pariah among investors to emerging market favourite in less than 12 months”. Brazilian asset prices surged but, as financial market analysts say, politics rather than economics is driving prices up. In other words, investors are endorsing Temer’s market-friendly orientation and austerity plans.

Our economic history has many examples showing that Brazil fell from investors’ darling to dunce, and vice-versa. The mid-1990s neoliberal euphoria lead to a currency crisis in 1998. The recent investors’ enthusiasm for Brazil may be subject to violent changes as the result of political setbacks and poor economic performance – austerity particularly relates to the latter.

In a situation of anaemic demand growth, the Brazilian Congress is about to pass a proposal for a constitutional amendment that freezes government (real) spending for 20 years. The proposal has been approved in the Chamber of Deputies; the Senate will vote for it in November. Pension and labour market reforms come next.

Last, but certainly not least, these measures come in a context in which the new Brazilian executive branch does not have the electoral legitimacy to implement them. We are not only looking into the abyss but also taking steps towards it.