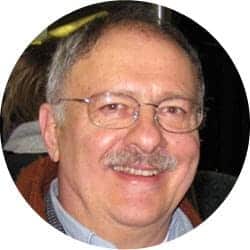 I am asked now in Germany if the United States has just experienced a crisis of its Constitution.  Sometimes this question refers to winning the popular vote while losing the electoral college vote, but suddenly this question also addresses whether we have installed a government that views the Constitution as an obstacle rather than as a North Star.  I think not.

What happened in the US elections does not represent a constitutional crisis.  It is rather what the Italian social theorist Antonio Gramsci in the 1920s described as a “crisis of representation,” one in which the links between parties and their putative/real constituencies break down. Whether there is a larger ”crisis of hegemony” lurking as well, one in which state institutions no longer accomplish core functions, remains to be seen. The latter could in turn precipitate a constitutional crisis.

The neoliberal, “third way” policies that turned the Clinton Democratic Party into an engine of growing inequality presented a bill that came due yesterday. The Democratic Party came to resemble the Republican Party circa 1960: a coalition of big money, Hollywood, suburbanites focused on personal freedoms, and a patrimonial-like relationship to ethnic, especially Black, politicians. President Obama, with his promises of “hope” and “change,” appealing personal history, and opposition to excessive warfare could make this work.

But inequality has only worsened as the economic situation has improved since 2008, and Hillary Clinton lacked all charm as well as any social program.  She also insisted on displaying an itchy trigger finger at a time when sending working class children off to desert wars had lost all its glamor.  As a result, her neoliberal party proved highly vulnerable to a nationalistically and populistically reconfigured Republican Party as re-assembled by Donald Trump. And she became a victim of misogyny as well.

Trump was elected by an angry and disheartened majority and not, as much of the liberal media would have it, by a racist minority and yahoo blue-collar losers.  He was elected in the same country and to a considerable extent by the same electorate that voted twice for an African-American president in large numbers.  (In fact, outside the old Confederacy, Obama won a bigger share of the white vote than either Kerry or Gore.) Pollsters could not see and pundits did not take seriously the extent of anger and frustration in the US (and beyond). Embedded in the liberal cosmopolitan establishment, they could not imagine that there was a strong countercurrent roiling the Zeitgeist.

From within the system it is hard to see that this anger is not just understandable but also justified. This is why Clinton’s counter to Trump’s “Make America Great Again” was a total flop:  “America Is Great” is not very sympathetic to the 99%.  As the economists Thomas Piketty and Wolfgang Streeck have shown, the disparity between the top 1 percent and the rest is arguably at a modern high.  Trump voters were not wrong to think that the system is working against them.

Having moved heaven and earth to derail the Bernie Sanders effort to shift the debate from culture war to class war, the neoliberal Democrats had nowhere to go.  All Sanders really sought to do was establish an updated New Deal coalition, but this was too threatening to the Democratic Establishment. When you block the possibility for change from the Left, nationalism and racism will fill the space, and change will come from the Right. That was/is Trump with his latter-day “socialism of fools.”

Clinton was correctly perceived as exactly what they are sick of and sick from: a dismantled social state, status quo cronyism, more wars fought by the young working class, the entanglement of money and government, a globalization from NAFTA to TTIP that hurts the middle class and the economically “left behind” along with a framework of sympathy more concerned with endangered species than with endangered jobs, and the suburban social liberals’ abandonment of the material interests of their erstwhile working class allies in favor of a progressive lifestyle libertarianism. No name, absolutely none, is more associated with NAFTA and the other agreements that have eviscerated America’s industrial base than “Clinton.” She struck many as the embodiment of the Human Resources Manager that sends staff to diversity training while preparing to send their jobs to China.

The failure to offer a serious alternative to the current maladies of capitalism should not, then, be construed as a constitutional crisis.  That those who come to power as a result of such a failure have a lesser regard for the constitution is, however, worrisome enough.

Whether this “crisis of representation” – seen in Europe as well where the big catch-all parties are in decline nearly everywhere – becomes a larger constitutional or hegemonic crisis may depend on whether and how economic and political elites join the Trumpists. We know, unfortunately, that Germany’s Weimar Republic ended once the collaboration between elites and populists was cemented. Trump was initially disdained by all but the most marginal of economic and Republican leaders, from whom he in any case wanted to appear distant. But recent days suggest a very rapid and worrisome reconciliation, one that could well usher in an even deeper crisis and push even higher the price to be paid for a generation of third way, neoliberal neglect of working people.