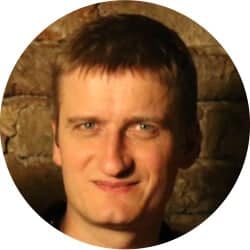 With the fall of Communist rule in 1989, the main goal of Czech foreign policy was to obtain membership of the EU. This finally materialized in May 2004, when the Czechs entered the EU with seven other east European countries in the single greatest enlargement of the European Community.

It was a joyful, almost impish, time and the Czech Republic was perhaps the most optimistic of all the new member states. Joining the EU was confirmed in a referendum, with over half of the citizens participating and almost four in five people voting to join, much to the dismay of the then president Václav Klaus, a renowned eurosceptic, climate-change denier and neoliberal zealot.

But after a dozen years inside the EU the mood has changed profoundly. Today, Czech trust in the EU has slumped to an all-time low, from 60 percent in 2010 to the current 24 percent. This figure becomes even more puzzling when you realise that the country has been awash with European development aid, with net income well over CZK 600 billion (17.5 billion pounds). In the towns of Moravia and Bohemia the tags informing you that virtually every public project was realised with the EU aid are omnipresent. Given the scale of this aid, the plummeting EU support makes for one of the more spectacular PR disasters of our time.

So how could this have happened? As the saying goes, you need two to tango. Part of the reason, the smaller one to be fair, lies with the EU itself. It has treated the post-communist countries (A8) that joined with a gallant assumption that by virtue of economic development alone they would become proper members of the European Community, sharing its liberal values, respecting plurality, participation, democracy, minority rights etc… As the migration crisis has exposed so brutally, this was a fond illusion.

The A8 may have had established institutions formally respecting the traditional divisions of power in democratic society, but, crucially, civil society and public participation remained very weak as did independent media. And, with pressing social issues neglected and the power of corporations almost unchecked, popular frustrations have grown. Today the post-communist countries are paying the price for being immersed in the rigid application of neoliberal policies since the end of the cold war.

The media have played an essential part in all of this, first eagerly promoting neoliberal dogmas, next themselves turning into corporations increasing profits by cutting spending (i.e. sacking journalists), and finally in recent years largely bought up by members of the new class of oligarchs in order to defend their interests. The political parties have bought into this systemic corruption too, with only a handful of politicians (mildly) resisting the trend.

Thus, large parts of the public have lost any meaningful representation. And a fragmented society has been incapable of developing a response similar to that of the Greek or Spanish public; rather, people have turned in growing numbers for their answers to the hateful populists, social or conservative, such as Orbán in Hungary, Fico in Slovakia or, most recently, Kaczynski in Poland.

In the Czech Republic this trend has been bolstered by the presidential election victory of Miloš Zeman in 2013. He was opposed by almost the entire political, economic and media elite. But the frustration of vast sections of society was so deep that they voted in the lippy populist with fishy ties to the Russians and the Chinese, wilfully disseminating hatred towards immigrants, environmentalists or intellectuals.

The migration crisis hit these severely weakened societies like a kind of a perfect storm. It is not in itself the reason for the shift in the public mood, it has simply served as a yeast that has fed the multiple frustrations of the large swaths of people living in great precariousness.

Most of the media cynically inflate their fears, identifying the immigrants with the threat of radical Islamism and terror. The populists, even those who were gradually losing support, like Zeman in the Czech Republic, seized their opportunity, capitalizing on the fears they fanned. And crucially, they have been portraying the EU as the defender of immigrants by forcing binding quotas on us.

There are actually very few immigrants in the Czech Republic – and this has helped the strategy work. Suddenly, fear of the “Syrian immigrant” as “the unknown dangerous other” captured the imagination of large parts of the public not unlike in previous times when totalitarian movements were able to instigate hatred against minorities.

EU institutions were taken by surprise, because they failed to understand the weak nature of the democracies in the post-communist countries and to address it properly during the enlargement process. Only now, they are beginning to understand they should have paid much more attention to the quality of civil society and the media. The post-communist countries today present a real threat for the peace and unity in Europe that needs to be addressed by the EU institutions as soon as the Brexit debate is over.

If the EU disintegrates, with Brexit the potential first domino to fall, the prospects of the Czech Republic and of all similar post-communist countries are bleak. The spirits of the old Mitteleuropa with mutually competing nationalisms will re-emerge and the region will become a geopolitical free-for-all with the Russians, Chinese, Americans and all sorts of domestic and transnational corporations trying to grab their share. The signs of this happening can be clearly seen already today.

Our only chance to bend the immense forces of the economic globalization to the democratic sovereignty of the family of European nations lies in a strong united Europe. Of course, it has to be profoundly reformed as the champions of the New European Left from Yanis Varoufakis and Pablo Iglesias to Jeremy Corbyn have argued. But to break up the EU means to leave ourselves exposed to hostile winds. And in this respect there is not much difference between the Brits and the Czechs. We are all in this together.

Jakub Patocka is currently Editor in Chief of the left-liberal online newspaper Deník Referendum, founder of the Friends of the Earth movement in the Czech Republic and former member of the leadership of the Czech Green Party (2003-2005). He is now a member of the Social Democratic Party.