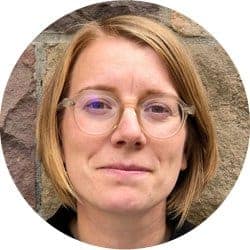 With almost all votes counted, the most evident Swedish election result is political uncertainty. Clearest winners are parties with a distinct stance on migration – the Left Party with 7.9 per cent (+ 2.2), the Sweden Democrats with 17.60 per cent (+ 4.7) and the centre-right Centre with 8.6 per cent (+2.5). An almost three per cent loss for the governing Social Democrats with 28.4 (-2.8) is a kind of victory after months of bad polling; it means that the party stays the strongest, with an almost ten per cent lead. The Green Party, its partner in government, almost lost its place in parliament with 4.3 per cent (– 2.4) and it and the Conservatives (‘Moderates’) with 18.8 per cent (-3.5) suffered big losses. The Christian Democrats with 6.4 per cent (+1.8) made a great election sprint and the Liberal Party with 5.5 (0.1) showed little change.

Neither the conservative/liberal block nor the progressive block will have its own majority, they might even end up with exactly the same share of the votes on Wednesday when the final ballots of overseas Swedes are counted, which means that the right-wing populist Sweden Democrats will keep gaining influence.

All the party leaders seem to agree on one thing: forming a government is going to take time. And the role the Sweden Democrats will play is still unclear.

Two giants fall and leave room for a third

For 70 years the Swedish political landscape was dominated by one strong political actor – the Social Democrats. The landscape changed gradually, with the Social Democrats weakening and a new alliance of the four conservative/liberal parties formed in 2004 – leaving two blocks facing each other. The two largest catch-all parties, the Social Democrats and the Conservatives, kept shrinking and the right-wing populists, the Sweden Democrats, kept growing. After the last elections in 2014, the latter became a third influential factor that complicated the process of forming a stable government. SD has gained momentum as other established parties adopted their proposals and rhetoric. The progressive- and liberal block will have to be open for new coalitions, if they don´t want the political landscape with three blocks to become the new normal.

The political narrative leading up to the election has placed Sweden in a dark and disturbing setting, somewhat like in a Scandinavian noir. Harsh rhetoric dominated with a strong focus on crime, migration and problems related to declining welfare state. The right-wing populists have dictated the agenda and the established parties (except for the Left Party, the Greens, to some extent the centre-right Centre and the Social Democrats) have bought into their description of the state of Sweden and adjusted their political proposals thereafter. Likewise, the media have broadened their perspectives to include the views of the Sweden Democrats who now provide talking heads to comment on current events along with other opposition parties. Parallel to that development, several opinion pieces of Swedish dailies have downplayed the racism of the Sweden Democrats.

…despite a flourishing economy

But why all this dissatisfaction and darkness? The Swedish economy managed to recover relatively quickly after the financial crisis in 2008. The growth prognosis for 2018 is 2.3 per cent and 2.4 Per cent for 2019, unemployment is comparatively low in for a European country and sinking, exports thriving, living conditions among the highest in the world. In international surveys, Sweden is often ranked as one of the world’s happiest, most trusting and successful countries.

At the same time, there are real cracks in the welfare state. Since the 1990s, several important welfare functions – education and primary health care – have been partly privatized and the income gap keeps widening. Affordable housing is almost impossible to obtain in the bigger cities which have seen debt levels hit the roof and make economists tremble, with households’ debt as a share of income at more than 180 per cent. At the same time, rural areas are struggling to keep important facilities such as hospitals, supermarkets and petrol stations. Between the poorer and wealthier neighbourhoods in Stockholm, there is a difference of about 16 years in life expectancy. (Swedes living just a couple underground stations apart can experience very different realities, with a very different quality of schools, health care and life possibilities.) Even though real incomes have grown for all income deciles, social benefits were quite drastically reduced in 2006 together with large cuts in income tax, leaving especially ill-educated men far behind in the generally increasing levels of income. The fear of falling behind is hence more prevalent in today´s Sweden.

The Social Democrats have from time to time tried to trumpet successes, like the record level of growth, improving overall school results and more effective integration of recently arrived migrants, but their efforts have fallen flat. No party seems to have had the power or imagination to raise the hopes and expectations of Swedes and make them believe in a better future with affordable housing, infrastructure investments and welfare. Maybe the explanation is not only to be found in Sweden that is very much part of an international neoliberal and conservative trend – a right-wing turning in the debate, like the left-wing one 50 years ago during ´68.

Endless forest fires, emergency slaughter of farmers’ livestock and harvests ruined by drought – only one factor managed to change the topic of the political debate: this summer´s historic heat wave. The heat not only made it impossible to sleep, it also spread climate anxiety and changed the headlines for a couple of weeks. Automatically, the Sweden Democrats started to drop in the opinion polls, the Greens and the Social Democrats grew. Maybe the one factor that saved the Green Party from losing its place in parliament.

The heat wave-effect might be more than a one-off in the pre-election debate. To secure and develop the Nordic welfare model, there might be a crucial key for progressive parties here. When the conservative and liberal parties are working to dismantle the welfare state by introducing a low wage sector, weakening the still relatively strong unions and pushing through further privatisations of the education and health sectors, the progressives should keep developing the welfare state model with, for the future, vital high ambitions. Policy to strengthen the classic Nordic model could be combined with new investments and policy to stop and deal with the effects of climate change. All together that could make a common responsible, progressive project to improve life – not dismantle hard fought-for and won rights.

A possible future centre-right government has promised to make the labour market more flexible by letting SMEs make more exceptions from the first-in-last-out principle of Swedish labour legislation. They have also promised to establish so-called entry jobs where newly arrived immigrants and youths up to 23 years of age who lack a high school leaving certificate will be paid a mere 70 per cent of the lowest level of the wage set by collective bargaining in all respective sectors of the economy. Income taxes will be cut. The Nordic model builds on strong unions and employer organizations whose high level of collective bargaining has so far achieved a very compressed wage structure, without the interference of the state. Unions now worry that the centre-right promise to wreck collective bargaining and create more low-paid jobs with new legislation in a manner that would break the Nordic model and put downward pressure on existing jobs as well.