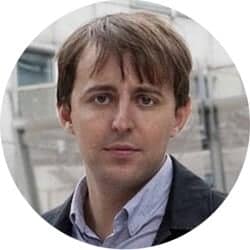 While Europe was engrossed in facing up to the Euro crisis, all around it the greatest refugee crisis since the Second World War was deepening. The management of the Great Recession has impoverished the continent and is polarizing it but the refugee crisis is the first that affects the center and not just the periphery. The continent has already experienced, with the Roman Empire, how the mismanagement of a migration crisis can overwhelm a great political power. So, what exactly is happening around us?

Low intensity wars in Iraq and Afghanistan since the American-led invasions. A terrible civil war in Syria that has so far cost the lives of 300,000 people. Institutional chaos in Libya that has turned it into a hub for international Jihadism, from the Sahel to the Middle East. Egypt has become a powder keg under a dictatorship that has frustrated the yearnings of Tahrir; terrible totalitarian regimes rule in the Horn of Africa.

The southern and eastern shores of the Mediterranean run the risk of becoming a failed region. Failed states and proxy wars that simultaneously confront the two great political and religious powers of the zone, Saudi Arabia and Iran, as well as the two great blocs of the 20th century, the USA and Russia – all intertwined with poorly drawn borders, dictators and satraps, strong economic interests and tribal and sectarian conflicts.

The region is the maximum expression of geopolitical chaos. A chaos derived from a power vacuum caused by a number of factors. A European Union that doesn’t know how to play a relevant or efficient role in its own neighborhood. Failed military interventions with no long term plan for the future. A gradual American withdrawal from the zone substituted by its well-known new strategy: Pivot to Asia. An Arab spring that was enough to overthrow dictators but not to build new democracies.

The great beneficiary of this vacuum has been extremism and radicalization.

The self-proclaimed Islamic State ISIS is a by-product of the decomposition of Sadam’s army. ISIS has ended up exploiting the sectarian government in Baghdad and the war in Syria to construct a parastate in the guise of a caliphate, which has put the Sykes-Picot borders under grave threat. It is an organization whose tentacles stretch from Nigeria to Indonesia.

And, beneath the geopolitical game board of the Middle East, lie millions of lives. Millions of people fleeing from violence and conflicts in search of protection and refuge. First to Turkey, Lebanon, and Jordan and, since 2015, to Europe.

A disorganized and massive entry of more than one million people into the European Union has turned the Mediterranean into the deadliest border in the world. The absence of a true asylum system and legal entrance channels is overwhelming countries of destination, mainly Germany, and those of transit, especially Greece.

After the embarrassing failure of a relocation system that should have shared the effort involved in offering shelter, the refugees’ arrival has put one of the greatest advances in European integration into quarantine: The Schengen Area. The closing of borders has left thousands of people trapped in infrahuman conditions in Greece and the Balkans. Look no further than Idomeni. And with the objective of preventing things getting further out of hand during the summer of 2016 and reducing the number of new refugees, the EU has signed an agreement with Turkey, which puts a price on the soul of Europe and completes the new politics of the old continent: a lock on the Aegean Sea.

The effects of this new crisis for Europe are not without serious harm. It is aggravating polarization and widening the rifts between north and south, east and west, undermining the EU as a community project. A project already greatly weakened by the socio-economic situation and holding its breath in anticipation of the coming Brexit/Bremain referendum in the United Kingdom.

But the refugee crisis shows up something much more serious:. the inability of Europe to find its place in the world order of the 21st century. Without a clear and decisive orientation in foreign affairs and with an incomplete common economic governance, our differences are only widened. A badly damaged social model and a neighborhood that is the epitome of our incompetence as a transformative actor in favor of human rights and democracy.

After spending various decades talking about the decadence of the American Empire, let’s compare it to Europe. After navigating its way through the financial crisis with political, economic and monetary efficiency, the United States is showing growth, has historically low unemployment figures and a strong currency protecting it from turbulence caused by high indebtedness.

And, at the same time it turns towards the Pacific with its gaze fixed on the new world axis, starting a new chapter in relations with Latin America and the Middle East after rebuilding bridges with Cuba and Iran. The United States is playing its cards to maintain an important role in this emerging multipolar world. The mere comparison with Europe is embarrassing.

The great paradox the EU must face is as follows: while public opinion engages in a national withdrawal in many places with a certain reactionary air due to a mixture of fear, vulnerability and impotence, only a greater and, above all, better integration can get us out of this quagmire. Because to protect our social model, ensure fair and balanced progress, maintain strong democratic institutions and raise our voice in the world to defend our ideals, we need each other as Europeans more than ever before.

It would be good if we could take into account some of the lessons learned from history when managing our present. The fall of the Western Roman Empire in AD 476 has its roots in the poor management of a migration crisis. In the 4th Century the Goths started their descent into Roman territory looking for shelter to escape from bloodshed by the Huns.

The natural border at that time was the Danube, over which an estimated 200,000 crossed in AD 376. They asked for refuge as subjects of, and to fight alongside, the Romans. The poor management of their integration and supplies, together with corruption of imperial officers, led to a revelation for the Goths, who went from wanting to become Romans to destroying Rome.

On the 3rd of August AD 378 the battle of Adrianópolis (now Edirne) was waged, confronting Goths and Romans. One of the largest battles ever seen up to that point ended with the massacre of 30,000 Romans and meant the beginning of the decadence of the Western Roman Empire. We know it as the invasion of the Barbarians.

Today no one is invading us, and no one will. Yet this chapter in history reminds us of a number of things. Conflicts and survival instincts are as old as mankind. But it’s up to us to find flexible, inclusive and integrating mechanisms that will allow us to adapt to large migratory movements. Adapt to reality. Because their ability to adapt is what great empires depend on for survival.