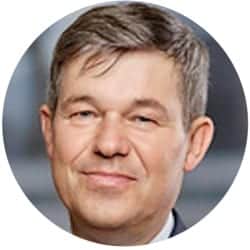 Novel phenomena like cloud working and crowd sourcing are gaining ground, signalling that digitization is revolutionizing society and economy. On the one hand, they seem to promise new flexibilities and liberties, greater efficiency and reduced costs. On the other hand, an “Amazonization” of work and the emergence of a new precariat of digital peons mediated by platforms like Mechanical Turk or Clickworker seem to be impending. This process creates new challenges for labor politics (see e.g. Schröder and Schwemmle 2014: Gute Arbeit in der Crowd? or Benner 2015: Amazonisierung oder Humanisierung der Arbeit durch Crowdsourcing?).

The Information Space: A Leap In Productive Forces

In order to understand the radical changes to the world of work induced by digitization, it is necessary to look at the emergence of a new global information space as an arena for social action enjoyed by more and more actors – and how companies such as IBM strategically make use of it to radically redesign their production processes.

Most diverse forms of private utilization occur within this space: consumption, sharing information, communicative exchanges, cultivation of contacts, and also various forms of societal work. The individual contributions of these many and various actors within and to the information space, their profiles and data tracks, their work packages, know-how and productive powers – all this is increasingly recognized by enterprises as potential sources of value, and hence to be developed and exploited.

Thus, the information space becomes the starting point for a huge leap in productive forces. Meanwhile, firms have understood its strategic significance: via the information space, they can overcome their physical limits, flexibly calibrate their production processes, and, last but not least, exploit and integrate contributions from ‘outside’ as required, without any binding obligation upon the company itself. In this way, companies are beginning to take societal work and private activities out of their non-capitalist contexts, to exploit them for their own value-added processes, and even to create a competitive relationship between them and their regular employees’ work. This development marks the start of a new historical stage of capitalist land grab. As to this concept, see Dörre 2012: Landnahme und die Grenzen kapitalistischer Dynamik.

Companies Are Reinventing Themselves: The Example Of IBM

What does this mean in practice? A good example is IBM and its enterprise strategy “Generation Open” (GenO). (See detailed study which exemplarily deals with this strategy: Boes et al. (2015): Cloudworking und die Zukunft der Arbeit. The strategy “Generation Open” stands for a very sophisticated effort to embed crowd sourcing into a holistic concept of production, combining the principles of “external land grab”, i.e. appropriation of work from outside the enterprise, and “internal land grab”, executed by means of a radical reorganization of work inside the enterprise following the model of communities. Thus, IBM combines „inside“ and „outside“ as complementary elements of a holistic system, brought together in the “cloud”.

So crowd sourcing as practised by IBM is part of an overarching strategy of cloud working. This in turn originated from the re-invention of the company after the decline of the mainframe computer, in terms both of business model and organization of work. After the introduction of new management concepts and agile methods in the development of software and after the company had opened up to its surrounding community – changes that were summarized under the label of a “globally integrated enterprise”, (see Palmisano 2006) – ‘GenO’ and cloud working are the consistent further development of a model designed to lead IBM into the digital future.

The “external land grab” – enabling IBM to access workforce resources outside the sphere of capitalist wage labor and reach potential innovations beyond its own borders – is implemented through IBM’s own portal “Liquid”; it is carried out in strategic cooperation with the crowd sourcing platform “TopCoder”. “Liquid” does not address the crowd as a whole but only a group of identifiable freelancers. They are at IBM’s disposal for carrying out compartmentalized work packages and only receive payment if the work outcome is submitted and accepted within the appointed time.

The blueprint for this restructuring process is to be found in the Open Source communities with their new methods of developing software within globally distributed teams, applying a transparent work organization and living a special culture of communication and collaboration. Via an in-house “Blue Community” the connection/interplay between the large “people cloud” outside and those inside is optimized.

Within this “Blue Community”, tools and processes are used to regulate and control its work. So the “Rational Team Concert” provides the IT basis for the division of labor in software development while the communication and collaboration environment “IBM Connections” takes care of the smooth global exchange of knowledge. The standardized steering of work also comes with new possibilities of control. A “Blue Card” where “Blue Points” are recorded documents the digital reputation of every single developer. This status is permanently kept up to date by analytics tools. Thus, the employees find themselves in a radicalized “system of permanent probation” (see Boes and Bultemeier 2010: Anerkennung im System permanenter Bewährung).

A New Industrialization Of Knowledge Work

To sum it up: in practice, the information space, as a new “space for production”, allows for distributed, standardized, and globally synchronized work that is permanently monitored. This is the harbinger of a new industrialization of knowledge work – and of a system that increasingly turns high-skilled work activities into exchangeable wage labor. Their exchangeability and transparency and hence a new type of industrialization are the precondition for maximising the strategic interplay between ‘outside’ and ‘inside’ and for permeability between these two spheres. This is the core of the process of “internal land grab”. External and internal land grab are pieced together in the information space, forming a holistic system – and, as an inevitable consequence, societal work is reconstituted.

This development implies great challenges for social politics. By integrating the new forms of societal work into their production processes, companies are converting them into de-facto wage labor, but without conforming to the norms of labor legislation. Rather, they handle these working relationships according to civil law, thus inciting a competition between them and employment relationships that are protected by the regulated system of wage labor.

Conversely, the competitive situation between regular employees and workers in the information space exerts pressure upon employees and their regulated employment conditions. The danger exists that this pressure will impact not only upon individual workers but also upon the entire system of regulated work, and even further “downstream” upon institutions such as the social insurance system. This might not be a problem for individual companies, but it does present a problem for society as a whole.

This column is a contribution to our project examining the impact of the Digital Revolution on Work that Social Europe runs in cooperation with the Hans Böckler Stiftung. Read more contributions here.