After a decade of inertia, the EU has made little progress on the deinstitutionalisation of disabled people.

With the entry into force of the United Nations Convention on the Rights of Persons with Disabilities in January 2011, the European Union became, for the first time, party to an international treaty—a right usually reserved to states. Legally committing to the convention was a huge step in the EU’s efforts to be recognised as a major actor in international politics. (It has yet, for instance, to fulfil the commitment in the 2007 Lisbon treaty to accede to the European Convention of Human Rights, though its members are all members of the sponsoring Council of Europe.)

More than ten years after the convention entered into force, however, implementation has hardly made progress in key areas. Thus, the EU is risking this reputation as a serious global player.

When the convention was introduced, many disabled people in the EU were in institutional settings: social-care institutions, group homes, nursing homes or psychiatric hospitals. Since such institutions deny their residents the rights codified in article 19, the convention should be viewed as a call for general deinstitutionalisation.

In fact, the general comment no. 5 of the Committee on the Rights of Persons with Disabilities specifies that ‘both independent living and being included in the community refer to life settings outside residential institutions’. It further explains that states-party are obliged to ‘replace any institutionalised settings with independent living support services’.

The committee monitors implementation of the convention and it published its concluding observations on the first implementation report by the EU in 2015, noting a lack of progress on deinstitutionalisation. It found that ‘across the European Union, persons with disabilities, especially persons with intellectual and/or psychosocial disabilities still live in institutions’. It criticised the EU for supporting via its structural and investment funds the maintenance of residential institutions in some member states.

The European Network on Independent Living has been monitoring the rights of disabled people since 1989. In February, ENIL published a shadow report on implementation of the convention in the EU.

The report raises ‘serious concerns’. It finds that the right to live independently is largely denied and that this has knock-on effects on other fundamental human rights, such as the right to life and freedom from torture or cruel, inhuman or degrading treatment or punishment. Across Europe, at least 1.4 million people are still confined to institutions—a number which has remained unchanged since the adoption of the convention.

Living in a social-care or group home entails severe restrictions on personal autonomy. Typically, disabled individuals in such institutions have no influence over the services and support they receive. Adults are required to ask for permission to invite guests or engage in activities outside the setting. Often there are fixed timetables, including for getting up or going to bed and mealtimes. Residents need to seek permission to use the kitchen or telephone.

Living under such conditions is discriminatory and a violation of rights. During the pandemic, the extreme dependency of institutionalised disabled people in access to all basic services wrought a high toll. Deaths in nursing homes were reported (at different points) to account for 51 per cent of Covid-19 deaths in the Netherlands and 68 per cent in Spain. Disabled people were also exposed to systemic denial and rationing of healthcare. The department of health of the city of Madrid issued guidelines stating that people with intellectual disabilities should not be sent to hospital and there is evidence that in Italy doctors rationed intensive care, based on who was deemed worthy.

Next to these violations of article 10 of the convention (the right to life), those of article 14 (liberty and security) and article 15 (freedom from torture or cruel, inhuman or degrading treatment or punishment) paint bleak pictures of the abuses committed in institutions. Physical restraints are commonly used and in Finland, Ireland, Spain and Italy residents were locked in their rooms during the pandemic. In Ireland a woman with Alzheimer´s was raped by a worker while so confined and in Finland an autistic boy was discovered to have been taped to a chair for more than five years.

Ahead of the submission of the EU’s second periodic report on compliance with the convention, the monitoring committee published a list of issues. Given the unsatisfactory record on implementation of article 19, the committee is likely to renew its call for full deinstitutionalisation in its concluding observations. Already, the EU is being called upon ‘to immediately discontinue EU investments and actions that maintain institutionalisation of persons with disabilities … and decisively support programmes with the aim to release persons with disabilities from residential institutions’.

The convention legally obliges the EU to close down all institutions. But beyond that, the abuses of human dignity perpetrated in such institutions speak for themselves. If the EU wishes to be a leader on disability rights, it should seriously step up its efforts to implement the convention.

In particular, the EU funding regime warrants reform. State-aid and public-procurement regulations need to be scrutinised in terms of the tacit support they may offer for institutional forms of care. Any rules tainted in this way need to be discontinued. 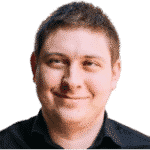 Florian Sanden is policy co-ordinator at the European Network on Independent Living. A political scientist by training, he is an activist for disability rights, transnational co-operation and social justice.