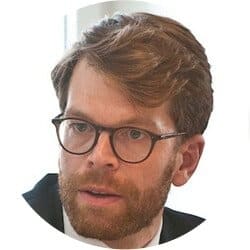 The pace of migration to Europe has increased significantly in the last two years. Handling the high number of refugees in particular has posed great challenges for many European countries. In this regard, the increasing intermingling of refugee and (voluntary or economic) migration flows produces particular difficulties, with many migrants trying to obtain destination-country residence permits by applying for asylum. One consequence of this has been additional strain on receiving countries’ asylum systems. Another (fatal) consequence is that many people continue to lose their lives while relying on human smugglers in an attempt to reach the European Union. In 2016, more than 5,000 migrant deaths were recorded in the Mediterranean, according to the International Organization for Migration.

Increasingly, refugees’ and migrants’ motives and travel paths are overlapping. This complicates refugee protection and the development of a sustainable migration policy. A study conducted by Steffen Angenendt, David Kipp and Amrei Meier of the German Institute for International and Security Affairs (SWP) on behalf of the Bertelsmann Stiftung highlights approaches enabling policymakers to better address this so-called mixed migration.

The intermingling of refugee flight and migration is primarily attributable to two developments. First, the causes of flight have changed since the adoption of the 1951 Refugee Convention. While people were then mainly trying to escape individual or group-specific persecution, refugee flight today is more typically away from general or gender-specific violence, or away from the destruction of livelihood-sustaining economic or natural resources.

Second, refugees and migrants today increasingly depend on the same (irregular) migration routes and the assistance of human traffickers. This is primarily because most developed and emerging countries do not offer sufficient legal immigration opportunities for refugees and migrants. The high levels of refugee immigration in 2015 and 2016 further intensified this trend.

Migrants adapt their behavior to the prevailing legal conditions, and utilize existing routes. It is thus important to adapt legal immigration channels more broadly to migrants’ motives. For this to succeed, clear political and legal signals must be sent.

Can we quantify mixed migration flows?

The mixed nature of migration flows cannot be adequately captured using existing data. However, receiving countries’ recognition rates do offer some point of reference. In 2016, across the European Union, 433,505 asylum applications were rejected in first instance decisions, according to Eurostat data. This was around a third of all first-time asylum applications to the EU that year. This suggests that, in 2016, the maximum possible share of (voluntary) migrants in the mixed migration flows, most of which can be attributed to labor-related migration, constituted around one third. This figure underlines the quantitative significance of mixed migration and the necessity to devise better policies to deal with this phenomenon. So, what can be done?

The SWP study shows that the creation of legal and safe migration routes for refugees, inter alia in cooperation with countries of origin, is vital. In this regard, the countries into which refugees are first admitted must be provided with support, and resettlement programs, which enable groups of refugees to be transferred out of these first-intake countries, are particularly crucial. Because the political will for an effective resettlement program is lacking at the European level, willing national governments could also proceed with their own (quantitatively significant) domestic programs, possibly in collaboration with like-minded governments of other countries. If successful, such initiatives could later be transferred to the European level.

As a further contribution to the disentanglement of mixed migration, the study’s authors indicate that access opportunities for labor migrants should be made more transparent. Even if there are legal migration pathways for economic migrants, often they are very complicated and non-transparent. In Germany, for instance, there are today more than 50 different employment-related immigration opportunities. This is impossible to convey adequately either to would-be migrants in third countries or to domestic companies. Either a points system, as suggested by the study’s authors, or reformed (largely) employer-led immigration systems with the EU Blue Card as their central pillar, would be a step in the right direction toward making national immigration systems more straightforward. However, it needs to be kept in mind that the greatest lever to channel economic migrants out of asylum systems represents economic immigration opportunities for low-skilled migrants – a highly controversial issue.

At the institutional level, the study says that the creation of independent Ministries for Migration, Refugees and Integration would make sense. Such ministries, which would combine responsibility for and coordinate all immigration-related issues from asylum to migrants’ labor-market integration, would have more freedom of action to develop and implement coherent concepts.

The authors also identify the transition between asylum and migration as a promising tool for disentangling mixed migration. For example, it should be determined whether asylum applicants, under certain conditions during the asylum process or following the rejection of their asylum application, could shift to a residence permit granted for employment or training purposes. In this context, the study argues in favor of giving greater consideration to the return of those forced to leave the country. A return policy that is both effective and meets human-rights standards – with a focus on voluntary return programs – would in this regard serve as a complementary element of a holistically conceived asylum policy.

If asylum and migration flows are to be managed in a sustainable and forward-looking manner, migration motives and immigration channels must be harmonized to the greatest extent possible. Only in this way can policymakers move beyond the short-term crisis-management mode, strengthen the population’s confidence that migration will be successfully managed, and eliminate the basis for right-wing-populist agitation.

For a video summarizing the findings of the study, please click here.

Matthias M. Mayer is a Project Manager with the Integration and Education program at the Bertelsmann Stiftung. Before joining the Stiftung, he served as both a Research Associate at Germany’s Federal Office for Migration and Refugees in Nuremberg and a Project Manager for the High-Level Consensus Group on Skilled Labor Demand and Immigration for the Expert Council of German Foundations on Integration and Migration (SVR) in Berlin. He received his PhD in European Studies from the London School of Economics and Political Science in 2011.