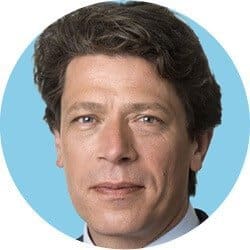 Confident about the future. That is slogan of the incoming Dutch government (Rutte III). But confidence will certainly not be restored by its intention to lower corporate tax rates. Instead, it will incite a dreadful race to the bottom in standards.

On September 26, Emmanuel Macron made a speech on new a vision for Europe. He spoke about the need to harmonize corporate taxes in the European Union, tackle tax avoidance and protect our welfare states. Just one day later President Trump gave a speech on exactly the same topic, albeit with an entirely different message. He vowed to lower corporate taxation for American companies by a whopping 15 percentage points.

Unintentionally, the two speeches give an excellent illustration of the dilemma that countries, and especially EU countries, face. This is a result of a new logic in corporate taxation, in which 20th century tax systems designed for brick-and-mortar industries are no match for the 21st century developments of digitalization and globalisation. The choice is clear. Either countries work together to tackle the ingenious tax avoidance schemes ran by multinationals, or they participate in the cynical race towards the lowest tax rate.

This dilemma will be felt by the countries that are now forming a government, including Germany and Austria.

In that sense, the Netherlands sets a bad example, taking a step back from earlier solutions, and thus genuflecting towards Trump’s bogus solution. The new four-party cabinet revealed its plan to reduce the corporate tax rate incrementally from 25 to 21 percent, and even from 20 to 16 percent for the first €200K of profit. Besides that, a 15 percent tax on shareholder dividends will be removed. Any reference to an EU-coordinated effort to modernise the corporate taxation system is missing. All that said, one good thing is that the incoming government wants to introduce a source tax on royalties and interest to counter the Netherlands’ reputation for facilitating letterbox companies.

The reasoning behind these measures is broadly as follows: in order to respond to global developments, we have to make our climate for doing business more attractive, and any coordinated effort deprives us of that opportunity. There are at least three fatal flaws in this reasoning.

First, the only real response to Trump, but also to the corporate exodus resulting from Brexit, is to stand tall together. Unfortunately, we see an opposite development. France and Belgium are discussing corporate tax cuts in a bid to win Brexit jobs, and the Netherlands is the first to move forward in this direction. But a race towards the lowest standards is the last thing we need after years of economic crisis and austerity. Moreover, over the last 30 years, statutory corporate tax rates have halved. This impacts our social models and the purchasing power of normal citizens.

Second, corporate taxes are only one factor in attracting real foreign investments along with legal certainty, political stability, a highly-skilled work force, access to transport networks. In fact, the Netherlands is already an interesting location for real activities, from headquarters to logistical centres, from marketing to ICT, for many other reasons.

Third, the idea that a single country can be sovereign in its corporate tax decisions is erroneous. Multinationals outsmart fragmented national tax regimes precisely because the latter refuse to work on common standards. No country can tackle the challenges of the 21st century alone.

Therefore, it is a positive development that more and more initiatives to work together are unfolding. The OECD is tackling excesses of tax-base erosion and profit shifting. The EU has used the pressure of LuxLeaks and the Panama Papers to adopt some ambitious taxation directives. But further steps must be taken, precisely if governments want to restore popular trust

But the cut on profit taxes and the omission of any EU-coordinated initiatives gesture in the wrong direction, towards the dead-end road paved by Trump and his Goldman Sachs cronies. That is an act of aggression and virtually invites the new coalition in Germany to respond in kind.

But another path is required, that of a new European standard for corporate taxation. This is essential not only to modernise our tax systems and protect our social models, but also to win back the confidence of our tax-paying citizens.

Paul Tang is a Dutch MEP for S&D. He is member of the economy committee of the European Parliament and currently the rapporteur on proposals for a common corporate tax base.