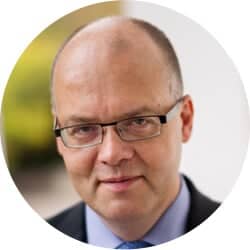 Since independence in 1991 the Baltic states have implemented neoliberal economic policies with weak social systems and income and wealth distribution that is among the most unequal in the European Union. Among the consequences is large-scale outward migration. At independence the Baltics collectively had about 7.8 million inhabitants and Sweden about 8.6m. Now the Baltic states have about 6.1m inhabitants and Sweden 10.6m. Thus, at independence the Baltics had 90 percent of Sweden’s population but now only 60 percent. These are devastating developments.

Post-2008 crisis, outward migration from new EU member states in Central, Eastern, and Southeastern Europe (CESEE) has been particularly large and persistent. This outflow is dominated by young and educated people. This was at least partly the result of bad economic policies affecting this part of the world. Migrants themselves often benefit from leaving their home countries. The receiving countries in the EU often benefit, getting a much needed boost to their aging workforce. The looser are the home countries suffering a brain drain. For them this migration resulted in a negative externality, namely reduced productivity and competitiveness. The outcome in slowed economic growth and slowed income convergence. According to a recent IMF staff discussion note this migration from CESEE appears to be largely permanent. The damage is done.

Post-crisis, the Baltic economies are facing larger emigration pressure than other countries in the CESEE region. Indeed, the Baltics adopted the policy of fixed exchange rates and austerity during the 2008 crisis prescribed by Brussels and Frankfurt. This resulted in slower economic growth, higher unemployment and increased social injustice. This policy outcome was entirely foreseeable.  In Krugman terms Mr. Goodpain was in charge. No one in Brussels could hear the austerity victims screaming. Are the EC walls too thick for democracy?

Austerity is like the belief that draining blood from the patient will boost his recovery. This practice has fortunately been abandoned by the medical profession, but austerity continues in the economics profession. Among the side effects is the outward emigration that has aggravated already pronounced negative demographic trends in the Baltics. The flows of people are not circular.

And the exodus continues within the EU. When Latvia became a member state in 2004 its population was about 2.3m and about 3.4m people lived in Lithuania. In 2016 population had come down to about 1.9m in Latvia and 2.8m in Lithuania. This is a dramatic decline with long-lasting effects especially since this is the most competitive segment of the population that is leaving.

Fortunately, there has been GDP growth in the Baltics in recent years, but it has been lower than for example in Sweden with its flexible exchange rate policy – not to mention Iceland whose GDP growth rate in 2016 was more than 7 percent. That year Baltic growth was close to EU and Euro Area averages of around 2 percent. This will not bring convergence with the richest European countries.

GDP, GDP per capita and GDP growth are important indicators for measuring countries’ economic performance, but do not tell us anything about how income is divided among their citizens. In terms of income distribution, using the Gini Coefficient, the Baltics have more in common with countries such as Bulgaria and Romania than the Nordics. Both Bulgaria and Romania are much poorer and less developed than the Baltics and the Nordics are much richer and more advanced economically and socially. But it is notable that transition countries such as the Czech Republic, Slovakia and Slovenia, that are at similar income per capita as the Baltics, have a much more equal income distribution than them. In fact, using Gini, their income distribution is similar to that of the Nordic welfare states. More social justice is thus possible at income levels comparable to the Baltics.

Why are there not more incidents of Baltic people demanding reforms?

How did Estonia for example avoid strikes and riots during the 2008 crisis? Why did they not take to the streets? “Nobody would take to the streets flying the red flag,” said Jürgen Ligi, Estonia’s minister of finance. Toomas Ilves, Estonia’s president, suggests another factor: “Maybe it’s our peasant mentality.”

Post-crisis, the IMF staff talks about policies to improve institutions in the CESEE, boosting job creation, modernizing education to reduce high structural and youth unemployment, and polities to encourage return migration. But during the 2008 crisis the Baltics were forced to damage or destroy institutions, cut jobs, close schools and hospitals, with the predictable result of massive outward migration. What a sad account from the IMF. What happened to its institutional memory? This is like initiating destruction in partnership with the EC and ECB and then trying to insure the damage caused ex-post. A rich country like Ireland can perhaps attract return emigrants, but not CESEE including the Baltics with lower income and weak social support compared with places such as Germany, the UK or the Nordics.

The EU’s austerity policy is not a natural disaster – not a force majeure. This is a man-made calamity – home-cooked disaster. Its outcomes were foreseeable. But compared to the EC and the ECB, the IMF deserves credit, for example, by recommending a limited devaluation in Latvia during the 2008 crisis to increase its competitiveness – one that could have resulted in less austerity, increased competitiveness and faster recovery. But the EC, the ECB and continental Nordic bank owners had their way with their fixed exchange rate policy in the Baltics.

But there remains hope that the Baltics manage to create more just and inclusive societies for example by introducing progressive income tax and higher property taxes using proceeds to strengthen their social systems, including health and education. But no one should underestimate the challenges ahead. With less commitment from the US towards European security and NATO there will be pressure for increased military expenditure, thereby putting further pressure on Baltic government budgets.