Like physical clouds, the services provided by the technology majors are utterly opaque to the outside world.

Towards the end of July, Microsoft and Google’s parent company, Alphabet, presented their latest, relatively-disappointing economic results, blaming the ambient macroeconomic distress. Yet both companies referred to the momentum of their cloud service, a critical engine for future growth. The cloud was also responsible for Amazon’s better-than-expected quarterly data.

The cloud comprises computing services, including software, hardware and platforms, offered via the internet instead of running locally on individual computers. By 2025, 45 per cent of the world’s data storage will be on the cloud. While these services are used by all sorts of companies and public-sector organisations, cloud ownership is overwhelmingly dominated by Amazon, Microsoft and Google. Together, they concentrate around 65 per cent of cloud-infrastructure services.

Even such a titan as Netflix recently said it relied on Amazon Web Services (AWS) and could not easily switch to another cloud provider. Uber, which can only operate via Google Maps, and Booking have similarly recognised their dependence on Big Tech. Leading European corporations did likewise in a 2021 report to the European Commission.

Since the same lines of code can be simultaneously used by many, the reproduction costs of selling artificial-intelligence (AI) algorithms as cloud services tend to zero. Hence, as Amazon, Microsoft and Google expand their client base, profits increase exponentially: AWS is Amazon’s most profitable business. Furthermore, since the AI code rented as a service includes deep-learning algorithms, which learn as they process data, the more these algorithms are lent, the more they will learn and self-improve, thus reinforcing the three giants’ digital leadership.

The tendency towards market dominance premised on privileged access to data is exacerbated by the code underpinning cloud services not being accessible to customers, who become ‘locked in’. Customers know what certain services can be used for, but they cannot learn from the rented code since they cannot gain access to the algorithms making those things happen—even if those algorithms were in part developed by universities and other public research organisations.

This is true even when those customers are other major corporations. Siemens, for example, is the European leader when it comes to the number of AI patents it has been granted. But Siemens is also dependent on the Big Tech cloud, including for the most advanced, generic AI required to operate the more specific applications Siemens integrates into its medical-imaging, energy and transport products.

Only a year after the company launched Siemens MindSphere, a cloud platform for storing and analysing data retrieved with the ‘internet of things’ (IoT) from its sold equipment, AWS took over part of this platform’s development. It provides computing services that Siemens cannot develop in-house but which it needs in order to offer AI-specific solutions to its clients.

Such technological dependence is risky for at least two reasons. First, Google, Amazon and Microsoft have already entered Siemens’ medical business, with the potential of becoming serious rivals.

Secondly, unlike the first wave of information and communications technology, where adopters could learn by using and adapting technologies, leading to complementary innovations, cloud computing offers technology as a black box. It limits users’ learning and generates long-term technological dependence, with no visible way out.

All this while the technology giants’ algorithms self-improve by processing the data harvested by companies such as Siemens, which further widens the technological gap between cloud providers and other firms. As this dependence grows, Siemens may keep reducing its own development of MindSphere, relying instead on services from the Big Tech clouds.

Siemens is one of thousands of companies basing their digital transition on the analytics, databases and IoT provided as cloud services by the technology behemoths. As the use of these platforms as a service accelerates away from recourse to others, the leviathans will further enclose the internet commons.

Such economic power eludes regulatory frameworks. Even the Digital Markets Act, probably the most advanced digital policy globally, remains focused on markets: concern only attaches to the technology giants as potential market gatekeepers.

The term ‘cloud’ appears just 14 times in the 193-page provisional public version of this legislation. Not a word is said about how Amazon, Microsoft and Google operate this aspect of their business, expanding their knowledge appropriation while subordinating other organisations: they are not only market but also knowledge and information gatekeepers. If the European Union and other global regions seriously want to introduce legislation that can counterbalance their power, this wider gatekeeping must be prevented.

The European Commission should pursue two fronts. Algorithms trained with data harvested in Europe, and based on collaborations with European universities and other research organisations, should be made publicly available. At the same time, the EU should dedicate funding and research to building a truly public cloud.

To be at the knowledge frontier as a cloud provider will certainly be a major challenge and the chances are that Europe will never catch up. Yet if there is a lagging region in the digital economy which has the scientific and technological foundation to make the attempt, Europe is it.

Does the EU have the political guts to do so? That’s a different discussion. 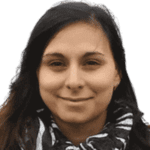