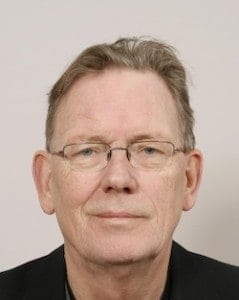 Recently I was asked to speak somewhere in The Netherlands about Croatia and the European democracy debate. Of course I did not get very far with writing my speech. What to say? The country has other priorities than discussing the balance between the community method and the intergovernmental approach or the fine tuning of the roles of the European Parliament and the national parliaments of the European Union. It just became EU member and has a hell of a job just coping with that.

The debate is of course a Dutch preoccupation and we are interested in finding out what others think of it. But it is not irrelevant. We are just a few months away from the European elections and the discussion about the pro’s and the con’s of European integration  – or cooperation as we call it now in The Hague – is heating up with arguments about more or less Europe and even talk about giving up the euro or leaving the EU altogether. It will certainly be a lively campaign and let us hope it will in general be about substance like jobs or banks.

But I do hope and expect that new member states will actively engage in what I see as one of the main battles to come right after the European elections. It is about new power sharing arrangements between the European Council, the European Parliament (EP) and the European Commission.

The present Dutch government is campaigning for a greater role of national parliaments in deciding what Brussels should do and not do. It is part of the current debate about the principle of subsidiarity (in shorthand: what can be done nationally should remain at that level) that was started by Prime Minister Cameron at the beginning of last year but that has also been put on the political agenda – albeit in a different way – by The Netherlands with support of other EU governments. Whereas David Cameron is especially concerned about the position of the UK in the EU and the rising Euroscepticism in his own party and therefore demands a repatriation of EU competences, on the continent – where anti EU sentiments have also increased – a better functioning and more focussed EU and more effective democratic scrutiny have been cited as motives for doing so. This should help making the EU more acceptable to its citizens. For the moment it is somewhat silent in London, maybe because the British government did not hit the right tone last year and was not able to recruit ‘friendly nations‘ like the Netherlands for its far reaching ambitions. [1]

In the Dutch view – more  pragmatic and less radical than the British one – the new European Commission should, after consultation of the other EU institutions, present as part of its work programme a list of priorities with ‘do’s’ and ‘don’ts’ respecting the subsidiarity principle. As Foreign Minister Frans Timmermans (Labour) said on February 20th in a major Europe speech: “The EU must be modest and realize that the Union cannot exist without the Member States“. The EU should involve more national democratic institutions and national parliaments should become more engaged, he said. The EU should focus on the main challenges and stop putting too much energy into side issues, in creating more competences or adding new members, according to the minister. He wants a political agreement as soon as possible  after the end of May  and no Treaty change nor meddling with official EU competences.

The Dutch not only want to trim the EU in this way but also hope to compensate for or balance the growing influence of the European Parliament on the European Commission.

The EP has stepped up its ambitions by claiming  a decisive voice in the nomination and election of the new Commission president and determining his or her legislative work programme. It also hopes to strengthen the community method after the European Council overlooked the EP and the European Commission when taking major decisions on the euro crisis. That allowed Germany and France to dictate outcomes and presented some governments with the alibi of not having transferred competences to Brussels since the use of the community method was avoided – Dutch Prime Minister Rutte has been keen to stress this. The EP, however, wants to go the other way and has even hinted at the establishment of a real European government and political union. No wonder some Member States get worried about reduced influence of the Council of Ministers.

In trying to tackle the ambitions of the EP, the Dutch for example want a greater role for national parliaments, who according to the Treaty are the guardians of subsidiarity,  by giving them more blocking power – the so-called yellow card should become in practice a red one – when the subsidiarity but also the proportionality of proposed EU measures are at stake. It is argued that the EP lacks the legitimacy to claim more power because it does not have the sovereign competences that national parliaments have and is plagued by very low turnouts. That may be true,  but in many countries the EP as such is more popular than the national parliament – the Netherlands being one of the exceptions. Higher turnouts in national elections are therefore not so much an expression of higher trust in national politicians; they are caused by the fact that those who turn up at the ballot boxes believe that their vote counts. This seems much less the case with European elections which people find more difficult to understand. So it is hard to say who would win a proper beauty contest: the EP or national parliaments. We should not let it come that far.

The European Council (also representing national parliaments) and the EP should opt instead for a ‘superdeal’. The Council should accept the candidate for the presidency of the European Commission of the EP in exchange for a governance pact which will allow the member states to have a say on the work programme of the Commission. The two institutions could also politically agree on turning the yellow card procedure into a red one. But the introduction of the red card should be coupled with better arrangements to  include national parliaments at earlier stages in the legislative process to avoid an unnecessary reliance on their blocking power. Both the EP and the national parliaments should stop denying one another. Effective and legitimate democratic scrutiny of the EU can only be achieved if they start to share their responsibility for maintaining democratic standards.

[1] See: “Britain and The Netherlands: Similar concerns but different approaches in reforming the EU”.  Jan Marinus Wiersma and Adriaan Schout. In: Adam Hug (ed), Renegotiation, Reform and Referendum: Does Britain have an EU future?. EPC. Londen, 2014

Jan Marinus Wiersma is a Fellow at the Wiarda Beckman Foundation, an independent social democratic think tank in the Netherlands. Previously, he was a Member of the European Parliament for the Dutch Labour Party (1994-2009) and has published extensively on European issues. He holds a degree in history.