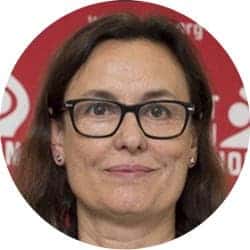 When the nuts and bolts of the long-awaited European Pillar of Social Rights are unveiled at the end of April, the European Commission will at the same time set out plans to achieve a better balance between work and private life. This issue affects the lives of millions of Europeans, and has a direct bearing on economic growth and popular support for the EU. Trade unions believe ambitious action is needed.

Let’s look at the economic arguments. The EU has set the target of a 75% employment rate for both women and men by 2020. But – especially in the wake of austerity-based cuts in public services – people cannot take up paid work if there is no-one to look after their children, ageing parents, or sick or disabled family members. And of course, the great majority of carers are women. Without support, many women are forced into part-time, temporary and poor-quality jobs with no opportunity to develop the professional potential and skills Europe so badly needs.

New research by the European Foundation for the Improvement of Living and Working Conditions estimates the total cost of women’s inactivity in the workforce to be around €370 billion across the EU, or 2.8% of GDP, including loss of tax revenues and payment of benefits. Enabling more women to work by investing in ‘work-life balance’ would be one sure way to boost Europe’s economic recovery.

There is plenty of evidence that in Nordic countries, for example, which offer a more generous and flexible approach to responsibilities outside the workplace, workers suffer less stress and the economy benefits from greater productivity.

The European Trade Union Confederation (ETUC) believes a coordinated mix of legislation and non-legislative measures is required now, including paid paternity and parental leave, flexible working arrangements, and universal, affordable child and elderly care with financial support from EU social and structural funds. Creating a better work-life balance would be in the interests not only of workers and their families but also employers and society in general.

We recognise the political difficulties facing the Commission as it contemplates the future of Europe, and we hope that Commissioners have taken our arguments on board. The trade unions are ready to support the Commission if the proposal on work-life balance matches the real needs of men and women trying to achieve this balance. But we fear that workers will find the final proposals disappointing. This could have been a major opportunity to show Europeans that the EU is listening.

Will it work this time?

We have waited almost 25 years for progress on maternity leave. The last attempt to improve maternity provisions was abandoned after the draft legislation had been blocked by the Members States in the European Council for some six years.

The EU should be ensuring better leave provisions and care facilities for both working parents in all Member States. The existing, out-dated EU directives on maternity and parental leave have largely failed to improve gender equality, neither expanding women’s opportunities in the labour market, nor encouraging men to use leave provisions and take a greater share of caring responsibilities. Currently, only 10% of fathers take up their option of one month’s paternity leave. Indeed, arrangements in some Member States tend to reinforce traditional gender roles, offering men a bit of extra time off but no opportunity for sharing responsibilities. Women are left to compensate for inadequate social care, depriving them of careers, equal pay and economic independence. The EU must also bring the minimum standards existing in some countries up closer to the level of Member States that promote a better work-life balance.

We have called for practical measures and policies that would make a real difference to people’s lives. We understand the Commission will propose new legislation, which we welcome in principle, but we are waiting to see what it contains. The ETUC has called, for example, for statutory maternity leave of at least 18 weeks on full pay; breastfeeding facilities; a Paternity Leave Directive guaranteeing at least two weeks, non-transferable paid leave for new fathers, and paid parental leave of at least 24 weeks which should be available until a child reaches the age of eight.

Women need stronger protection from dismissal for at least six months after they return to work after maternity leave. A survey carried out among our members revealed that in every country new mothers are being sacked or demoted. In short, when women become parents their pay and promotion chances go down, whereas men’s go up. Carers’ leave should be introduced at EU level, and paid. And flexible working arrangements, while important, need careful regulation, which should be negotiated between trade unions and employers. Expecting parents to ‘telework’ eight hours a day with a toddler around their feet is expecting miracles.

Accessible, affordable childcare is key not only to increase women’s participation in the workforce, but also to meeting Europe’s demographic challenge. Member States where childcare is unavailable not only have higher levels of female unemployment, they also have lower birth-rates. And as the population ages, the burden of care for elderly and disabled parents and grandparents is falling more and more onto families – and therefore women. With social care under pressure across Europe, working people must have the flexibility to meet these responsibilities.

In the end, the ETUC’s red line is pay. The EU must require all leave schemes to be covered by adequate pay arrangements. This would go a long way towards reducing the gender pay gap, facilitating women’s re-entry into the labour market and encouraging men to make use of parental and paternity leave. To secure Europe’s future prosperity, Member States need to invest in work-life balance, to the benefit of all.

Montserrat Mir Roca is Confederal Secretary of the European Trade Union Confederation. Previously, she was a member of the national executive of the CC.OO trade union in Spain.