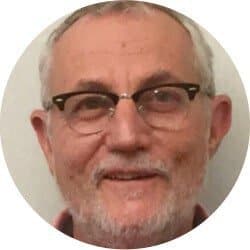 The critical question after Sunday’s Catalan referendum and the violent response of the (Spanish national) police now is: how long will the Catalan people resist peacefully the police attacks? Someone in Madrid is maybe dreaming that terrorism will wake up in Catalonia in order to transform a political problem into a public order problem?

Instead, what we urgently need is the EU to wake up. Not to push for Catalan independence, of course, but to push for democracy and to defend its own principles and values: that a EU member cannot use its armed forces against its population and to preserve the EU subsidiarity principle, which does not end in the EU/Member States relation.

To pretend that Catalonia’s claims are a domestic Spanish affair and be silent once again is not a democratic option. To prioritize nation states over citizens is not a European option. The EU must intervene and mediate in the conflict. Even independence supporters in Catalonia thought that the conflict would end as the Scotland/UK one: with a devolution max promise and an agreed referendum. This is the democratic solution that Spain is surprisingly rejecting and the EU must try and force.

A solution that implies accepting the possibility that Catalonia becomes independent. Is it a risk? It is a change, that’s sure, but what are the risks? Is there a risk of independence movements growing in other EU regions?  The truth is that there are not many other regions in Europe with Catalonia’s characteristics while not being a state already: own language, culture and institutions with a longer history than those in Spain.

For Spain, would there be any risk of collapse? Certainly not; Spain is a big country both with and without Catalonia, although the former represents 16% of its population and 19% of its GDP. Spain’s huge public debt should be fairly shared and both parts would be able to pay for it. Trade relations, both in Spain and Catalonia, are more intensive with the rest of the EU than between them.

As regards Catalonia, the menace of a potential exit from the EU would probably disappear under a EU-mediated referendum. And if Catalonia, already a EU region, becomes almost automatically an EU member state, its fiscal and trade surpluses would assure its economic viability and its net contribution to the EU budget. And as a medium-sized country, its need for a strong EU will be as great as it is willing to transfer competences that can be better managed from the EU.

In any case, the declined proposal for a new relationship was based on two main principles: subsidiarity or the self-management of all that can be better managed at closer-to-the-citizens level; and an economic rule to assure that a helping region cannot end up in a worst position than the helped ones. Two principles not respected now and that should be part of Spain’s baseline offer to balance the independence option.

It took less than a week to modify the same Constitution when the EU approved the fiscal compact to prioritise the debt payment. Only those fearing democracy can oppose such a solution. Catalonia/Spain relations have not always been a love story although it started with a royal marriage 500 years ago. Is it time for a divorce? It should be not a drama; the EU is a puzzle of countries, most of them becoming independent recently.

Today, Europe must decide if it serves the citizens or the states, if it is an economic cartel or a social construction.