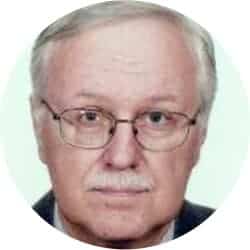 The White Paper on the future of Europe presented five forward scenarios: (1) delivering a positive reform agenda, (2) focusing on the single market, (3) making additional arrangements for deepening cooperation, (4) focusing on selected policy reforms, and, (5) fostering further reforms in all areas. But there is also a sixth scenario that includes the goal that, in accordance with the EU Treaty, all member states should join the euro: “The euro is meant to be the single currency of the European Union as a whole”, Jean-Claude Juncker emphasised in his speech to the European Parliament on 13 September this year (see, here). To achieve this goal, he suggested a ‘euro-accession instrument’ to be added, offering technical and even financial assistance (however, later it was clarified that no country should be forced to join the euro area).

The Juncker statement addresses nine of the 28 existing member states that have not yet adopted the euro – six Eastern European countries: Bulgaria, Croatia, the Czech Republic, Hungary, Poland, and Romania – plus Denmark and the United Kingdom, which have an opt-out from this obligation, and Sweden, that has no opt-out and voted against adopting the euro in a referendum in 2003. None of the countries has entered the European Exchange Rate Mechanism (ERM) II so far (with the exception of Denmark), as a prelude to joining the single currency. However, exchange rates have been fairly stable over the last three years; the Czech Republic, Hungary and Poland experienced devaluation of their currencies by about 1.5%.

We suggest that in addition to the new ‘euro-accession instrument’, the EC and ECB should think about a new ERM II system, i.e. a new transitional monetary arrangement that will encourage policymakers in non–euro area economies to make the necessary structural reforms, but employing a Keynesian expansionary policy mix, instead of a deflationary one, with financial assistance from the EU and with a low-level of EU conditionality. There are better alternatives to austerity and internal devaluation in non–euro area economies; they have appropriate adjustment mechanisms to cope with secular stagnation and deflation crises. The Banque de France in its summer report argues that the eurozone collectively overdid fiscal consolidation—e.g. austerity; budget cuts and tax increases—between 2011 and 2013. Notably, “too much consolidation” lowers GDP and thus often doesn’t do much to help debt-to-GDP ratios (see here).

For example, in Croatia there are strong proponents of euro adoption (banking industry and central bank management) even though that country has to correct excessive macroeconomic imbalances in the medium term, in particular excessive external imbalances. Euro–realists (mostly academic economists and exporting companies) are for a gradual euro accession, taking place only after successful real and nominal convergence. Clearly, it seems that the ECB is not in favour of premature euro accession, nor is Germany, whose finance minister Wolfgang Schäuble said that new EU members should join the euro “but the preconditions (for joining the euro zone) must be fulfilled“ .

Adjustment to reduced net capital imports and deflationary recessions can be managed by smart “growth–oriented fiscal consolidations“ and by boosting the external competitiveness of the tradable sector. This also means changing the misalinged exchange rates, or changing the nominal exchange rate-based disinflationary anchors into “inflation targeting“ arrangements. Deflation crises in some non–euro area economies have negative effects on the macroecnomic adjustment process (capital outflow, credit crunch, high unemployment and secular stagnation). As a consequence of pre–crisis economic models (finance– dominated capitalism) in non–euro area economies there is a propensity for systemic instablity and crises (see, here).

Under these circumstances, non–euro area economies are unable to accept the ERM II mechanism, before deep structural reforms, because after joining this regime these economies will have to continue with a deflationary policy mix, in essence, a “wage deflation“ policy, which will further depress agreggate demand and economic growth – and that will in turn have a substantial negative impact on real convergence. Different kinds of financial assistance from the EU and ECB, other than balance-of-payments financing facility and/or ESM bail–out arrangements should be available for non–euro economies that are close to fulfilling nominal convergence criteria, but not yet real convergence criteria (see here). The European Investment Bank could have an important role in real convergence. This will need reforms within the EU policy coordination framework (European Semester and Macroeconomic Imbalance Procedure mechanisms), ERM II transitional arrangement and EU conditionality that are part of EC/ECB financial assistance instruments for the non–euro area members. There are only two policy options: reflation or deflation. These EU economies need more flexibility.

In conclusion, we share the view that the accession criteria need to be enriched by a set of additional factors. One lesson learned from the crisis is that the set of criteria for determining whether a country qualifies for joining the euro area has to be extended. These include, for example, balance-of-payment developments (dynamics and level of the current–account deficit), unit labour costs developments and other price indices (asset-price inflation, deflation/lowflation indicators) and other monetary indicators (private banks’ credit growth, private debt, ‘shadow banking’ operations, and all other macroprudential indicators. This is to prevent systemic financial risks, such as FX exposure based on informal euroization/dollarization, i.e. any ‘currency substitution’ process has to be closely monitored under the MIP as a potential source of systemic financial crises, etc).

Thus, the ERM II arrangement should be transformed into a more effective transitional monetary arrangement, embracing a selective approach for the non–euro area. And, this is the real challenge for EU reforms in 2018: “the eurozone debt crisis showed that the key weakness of the euro area was financial instability” (see here). A near-term agenda to strengthen EMU “should rest on a balance of further risk-sharing and enhanced market discipline” (see here). At the heart of this next stage of monetary integration are banking union (in particular, a supranational deposit insurance scheme) and capital markets union. European economic governance also needs to be deeply reformed with the aim of strengthening financial stability and monetary union.

Dubravko Radosevic is Senior Fellow at the Institute of Economics Zagreb (Croatia) and Associate Professor of European macroeconomics at the University of Zagreb. He is also former Principal Economic Adviser of the President of the Republic of Croatia, between 2000 and 2010. He is the member of Progressive Economy Academics Network, European Parliament, Brussels.