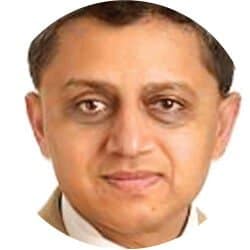 Next year, Germany will hold a federal election, and the new Bundestag will choose the country’s next chancellor. Whether or not Angela Merkel retains the role – at the moment, things are not looking good for her or her Christian Democratic Union (CDU) – one thing is certain: Germany’s chancellor will no longer be de facto Chancellor of Europe. That will profoundly change how Europe works – some of it for the better. But the disruption could be nasty.

It was not inevitable that a German chancellor would assert so much authority over the European Union. It was former Chancellor Helmut Kohl who made it so. After overseeing German unification in 1989-1990, he began to pursue what he viewed as his historical task of unifying Europe as well. Kohl led Europe, from agreement on the Maastricht Treaty in 1991 to critical decisions about the shape of the euro in 1998.

The concept of a common European currency could have died many times during those years. Kohl’s close associate Wolfgang Schäuble, who is now Germany’s finance minister, asserted in 1994 that only five countries – not including Italy – were ready to adopt the single currency. But Kohl pushed on, insisting that Italy be included.

Kohl’s successor, Gerhard Schröder, took a very different approach. Lacking any personal memories of World War II, he – like a growing share of Germans at the time – was confident that Germany could rely on itself, without continually reaffirming its ties to Europe.

Schröder actively pursued Germany’s national interests. He chastised the European Central Bank when it kept interest rates too high. And his government defied Europe’s fiscal rules – described, accurately, by then-European Commission President Romano Prodi as “stupid.” The German economy had come to a near-halt, and more austerity would have caused more – and possibly long-lasting – damage. Schröder nearly gutted the EU’s corporate takeover rules to protect Volkswagen. His only “pro-European” gesture was to wave Greece into the eurozone.

Early in her tenure, which began in November 2005, Merkel seemed to resemble Schröder more than Kohl. Much younger than Schröder and raised in East Germany, she was even less connected to the significance of “post-war Europe,” both in time and geography. Feeling no compulsion constantly to present her “pro-European” credentials, she was content to serve simply as German Chancellor.

At first, that worked just fine. European economies – including Germany – were riding a giant global economic and financial bubble. While virtually every country skirted the fiscal rules, Europeans believed that the euro was fueling economic growth and would eventually lead them to political union. Simply put, Europe did not need a chancellor.

That all changed with the post-2008 global economic recession, which exposed weaknesses in the monetary union’s structure. On top of the damage from the global economy’s woes, the eurozone was faced with a looming Greek government bankruptcy. By March 2010, it was clear that the Greek crisis was not going to resolve itself, and Merkel, slowly but surely, began to take charge.

She did not relish the task. On the contrary, she operated on the assumption that the euro was “a machine from hell” – a mess and a burden for her and her country. But she had little choice; whenever a major crisis-management decision had to be made, all eyes turned to her.

Merkel acted as European Chancellor, but always kept her focus on German interests. She understood that the German public would not tolerate its taxes being spent on Europe. Spending on Greece, in particular, touched a nerve. So Merkel did the bare minimum – just enough to prevent a meltdown, but far too little to put an end to the Greek or the broader euro crisis. As a result, the crisis continued to develop and take on new forms, including, most dangerously, in the banking sector in Italy, the “fault line of Europe.”

In late 2011, Merkel engineered the replacement of elected governments by technocrats in Greece and Italy. No one was happy, and political protest movements gained strength everywhere, including in Germany, where the right-wing, anti-euro Alternative for Germany (AfD) party was born in February 2013.

Merkel took a principled stand on the refugee crisis, accepting more than a million refugees into Germany. But she did so without consulting her European partners or her own citizens. She was soon punished at home. The CDU has lately suffered a string of humiliating losses in state elections, while the AfD has made substantial gains.

But both Germany and Europe are changing. The AfD’s recent gains have come by stirring xenophobic sentiments. Even if Merkel continues as German Chancellor after next year’s election, she will have much weaker support. Meanwhile, the European economy remains moribund, with the Italian fault line threatening to send shockwaves through Europe. Trust in European institutions has dissipated, and commercial ties among European countries have predictably eroded, as exporters look to more rapidly growing markets in Asia and the United States.

Germany’s next chancellor, whoever it is, will have neither German backing nor European acceptance to serve as European Chancellor. The first casualty could be Greece, which, in lieu of the debt relief that Merkel has been unable to deliver, may finally have to exit the eurozone, leading the entire EU into uncharted territory.

But the consequences may not be all bad. With no one in charge, the “stupid” fiscal rules will be more easily ignored. Such an expansion of national sovereignty could be a positive development, if it leads to what Harvard’s Larry Summers calls “responsible nationalism.” Eurozone governments will need to serve their citizens rather than some abstract European ideal, and live by the discipline of the ballot box and the market. A German as European Chancellor would only tear Europe further apart.

Ashoka Mody is a Visiting Professor of International Economic Policy at the Woodrow Wilson School of Public and International Affairs, Princeton University.