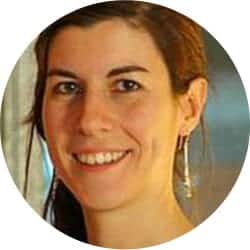 Today is a sad day. While I’m writing these lines, Spanish armed police are detaining twelve senior officials and raiding Catalan government offices in search of material related to the proposed referendum on independence. At the same time, four ships have arrived at Catalan harbours, which will be used to house 4,000 Spanish policemen that will come to Catalonia on 1 October. This comes after a week in which Spanish armed police raided newspaper offices, printing presses, and private mail services in Catalonia. Even the referendum website has been blocked. Simultaneously, Spain’s public prosecutor has summoned more than 700 mayors who have agreed to collaborate with the Catalan government to hold the referendum, under the threat of arrest if they refuse to appear in court.

The Spanish government justifies these measures by stating that, given the breach of legality, it is obvious that the State needed to react. That’s correct, the State needed to react. To react is what Rajoy should have done when Catalans began to demonstrate peacefully in favour of independence in 2012, which they have continued to do every year since. To react is what he should have done when the Catalan government asked for a fiscal pact that would alleviate the economic grievances of a non-negligible part of the Catalan population. To react. To talk. To negotiate. This is what, in a democracy, is referred to when one ‘reacts’.

But of course, it was naïve to expect Rajoy and his Spanish Court to negotiate. He represents a party whose Minister of Education and Culture said in 2012 that he wanted to ‘hispanicise’ Catalan pupils. More recently, there was the so-called ‘Operation Catalonia’, which aimed at discrediting the Catalan political class, who were deemed to be too insistent on the issue of Catalan independence. Overall, Rajoy represents a political party that confounds unity with uniformity and is outright hostile towards any other culture that is not profoundly Spanish.

One voice that is increasingly absent from this picture is, of course, that of the European Union. The Union which Catalans have always looked up to, admired and cheered. Catalans are fervent Europeans who tend to equate Europe with concepts of diversity and respect for difference. Europe is, to many Catalan minds, a place where things work, where labour markets can be functional and where different languages and cultures are encouraged.

In Europe and the EU, many Catalans find what they have always missed in Spain: love and respect for diversity. And to be sure, the response to the financial and refugee crises has been disappointing to many, but even in the peak of these crises pro-European sentiment remained strong. The reason? Catalans feel European, and are proud of saying that their identity is both Catalan and European.

But unfortunately, identity is no longer in vogue. Identity is what academics talk about when they argue that the European Union needs a European demos to continue its integration process, but it is also a word that too many people connect with nationalism – and we all know where nationalisms lead. In an ideal world, some argue, identity should not matter. Maybe that’s true, as identity can be exclusionary. Yet, it can also bring people together in different causes: territorial identity can and has motivated people to improve their towns, regions and countries, and the same can be said about class identity.

And it would not occur to anyone to point their fingers at those who have made their territories a better place and demand why they haven’t done the same for their neighbouring countries. We all have an identity, and in the Catalan case, what Europeans need to understand once and for all is that it is not Catalan identity that has created a division in society. Rather, it is the contempt shown by a majority of the Spanish political class for anything that doesn’t look Spanish or uniform enough to match their standards.

This has left many Catalans asking: Europe, where are you? So far, Europe has preferred to look away while whispering that this is an internal issue. EU leaders claim they respect the Spanish Constitution and its Courts, but interestingly enough, when it came to the issue of balancing budgets back in 2011, this did not inhibit them from putting enough pressure on Spain’s main political parties for them to change the Constitution. This Constitution, the same one that seems to be set in stone when it comes to the independence referendum.

The EU clearly has the capacity to pressure Spain, and it did so when it felt it was necessary. Did the EU simply act to avoid future negative externalities? Perhaps, and this seems to be their mindset too with the Catalan issue: opening the referendum box would legitimate other similar processes across Europe. However, the EU may want to ask itself about the negative political externalities of not opening this box, about its insistence in running behind events, and about its wider lack of vision and charisma. An issue will not remain ‘internal’ just because this word is repeated whenever the topic is raised. Catalans are also European citizens, and, in the face of a threat to basic civil rights like the one happening now, they deserve a better answer than silence.

Mireia Borrell Porta is a Teaching Fellow in Political Economy at the LSE European Institute.