Europe’s largest energy companies are failing on their net-zero pledges.

Europe’s power sector must achieve rapid cuts in greenhouse-gas emissions this decade to deliver an economy-wide ‘net zero’ by 2050. Needless to say, Europe’s leading energy companies will play a critical role in this transformation. Yet according to a report by Ember and Europe Beyond Coal (EBC), their business plans fail to put in place the necessary steps.

There is no time to lose: this critical mid-century goal will be an ever-receding horizon without ambitious near-term targets. A rapid acceleration in renewables is required to displace coal by 2030 and to achieve 100 per cent clean electricity by 2035. No major utility in Europe is, however, on track to achieve these key milestones—although most have made speculative and rather unconvincing pledges to get to net zero.

They should be taking that goal more seriously: the 2021 European Climate Law legally binds European Union institutions and member states to the Green Deal objectives of reducing emissions by at least 55 per cent by 2030 and achieving a net-zero-emissions economy by 2050. Financial institutions are meanwhile making their own net-zero pledges, yet their commitments will be impossible to realise if the actions of their power-utility clients are not so aligned.

Last May, the International Energy Agency (IEA) published Net Zero by 2050, a roadmap for the energy sector worldwide to limit global heating to 1.5C above pre-industrial levels. It revealed that half of the necessary carbon-dioxide cuts this decade had to come from the power sector and that advanced economies must lead the way.

An obvious question followed: given these unambiguous and evidence-based targets, were Europe’s utilities on track?

In the Ember/EBC report, Limited Utility, we explored the extent to which European power companies are capable of meeting these global ambitions, set by the IEA. We investigated whether the strategies of 21 major EU coal-burning utilities corresponded to the urgent need to decarbonise their electricity production and accelerate the deployment of renewables.

It is all very well to have distant 2050 pledges but these will not be achieved without immediate action. So the analysis examined the shorter-term transition plans of the organisations. The traffic-light pattern of the graphic encapsulates the detailed findings.

How do Europe’s utilities stack up?

Even on coal, the majority of utilities fall short. Despite 16 of the 21 power utilities having pledged to achieve net-zero emissions by 2050, their current plans are not compatible with the required emissions cuts and technology deployment. Several do not even fully disclose their annual emissions.

Only nine (43 per cent) of the analysed utilities have committed to phase out coal in the EU or the wider area of the Organisation for Economic Co-operation and Development (OECD) by 2030—a priority net-zero objective and arguably the easiest to achieve. The significant laggards are PGE, Enea, Tauron, Sev.En, RWE, BEH, ČEZ, Fortum/Uniper, EPH, STEAG and EnBW. Six of these are not even compliant with the 2040 global deadline: Enea, Fortum/Uniper, PGE, Sev.En, STEAG and Tauron.

The total installed global coal capacity of the assessed utilities is approximately 108 gigawatts. This will only have decreased by 59GW (-55 per cent) to 49GW in 2030 on current plans. To align with the IEA’s 2030 EU/OECD coal phase-out target, 95 per cent (103GW) of this capacity should have shut down by then, with only 6GW remaining in the system outside the EU/OECD area. So 43GW of coal capacity demands urgent action to achieve closure by 2030 and a further 6GW by 2040.

Europe is still in denial about fossil gas. It has been scientifically recognised that limiting global heating to 1.5C is imperative and there is an overwhelming consensus that this cannot be achieved without the rapid and complete decarbonisation of the power sector. Major economies such as Germany and the United Kingdom acknowledge this and have already committed to zero-carbon electricity by 2035. These events, combined with the European gas crisis, have substantially diminished the viability of fossil gas as a transition fuel.

Yet the assessed utilities have over 180GW of global installed fossil-gas capacity, 118GW of which is located in the EU/OECD. On future fossil-gas use, transparency and clarity on the part of the power companies is universally lacking.

The information we were able to collect would bring the anticipated installed post-2035 fossil-gas capacity to 197GW globally. In the EU/OECD, that would equate to 135GW. So the utilities have a considerable task ahead to decarbonise their advanced-economy fossil-gas portfolios by 2035 and globally by 2040.

The scale of growth, however, varies considerably across the power utilities and three (Drax, Sev-En and BEH) demonstrate no willingness to participate in the expansion of wind and solar. And many of the companies leading the way on their deployment—most notably Enel, ENGIE, EDF, Iberdrola and RWE—will remain heavily implicated in fossil fuels beyond the timelines required for net zero by 2050.

The report found that the assessed European electricity utilities’ net-zero commitments did not correspond to the ambition required by the IEA roadmap. Credible plans to decommission the entire fossil-fuel fleet were noticeably absent. The overall transition plans of the utilities, with or without their own net-zero targets, are widely out of touch with the necessary timelines for fossil fuel phase-out and wind and solar escalation in electricity generation.

All the power utilities must urgently prioritise detailed disclosure of how they intend to align their actions with their pledges and the net-zero requirements. Ecologically obsolete capacity must be rapidly scrapped in favour of significantly higher dependence on renewables—in particular wind and solar—than the companies’ investment plans yet manifest. Shareholders and financial institutions need to scrutinise the utilities’ strategies and insist on ambitious sectoral targets—firmer, more transparent and less speculative.

The energy companies need to be challenged on their lack of detail. A net-zero pledge without a clear plan of action to achieve it is patently not zero. 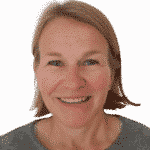 Sarah Brown is a senior energy and climate analyst at the think-tank Ember. She is focused on fossil power phase-out in Europe.