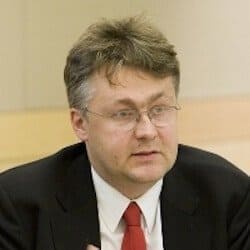 On 8 February 2009, almost 60 percent of Swiss voters supported the extension of the bilateral EU-Switzerland agreement on the free movement of workers to workers from Romania and Bulgaria. This clear endorsement of the free movement of Romanian and Bulgarian workers in the Swiss labour market is noteworthy because the Swiss People Party (SVP) at the time conducted an overtly xenophobic campaign against it, depicting Romanian and Bulgarian workers as black ravens that were pecking on a map of Switzerland. Whereas xenophobic inclinations may be a recurrent feature of humanity, xenophobia can hardly explain the sudden shift of Swiss voters against the free movement of all EU workers in the referendum of 9 February 2014; notably after a referendum campaign in which the SVP – for once – avoided the use of xenophobic stereotypes on its major campaign poster.

However, I also doubt that the last Swiss vote in favour of migration controls can be attributed to downward wage pressures in Switzerland’s low income sectors, as suggested by the Austrian economist Schweighofer on these pages. The Swiss labour market is in part highly regulated which questions economic textbook explanations of the Swiss vote that are predicated on low-income workers’ apparently natural resistance against the free movement of workers. Whereas unregulated labour migration certainly entail negative side effects, as argued elsewhere regarding both sending (Stan and Erne 2013) and receiving countries (Erne 2008), Swiss voters have accepted the free movement of Romanian and Bulgarian workers in 2009, because Swiss trade unions successfully fought for improved measures that aimed at preventing any abusive undercutting of Swiss wage and employment conditions (Wyler 2012).

As during the earlier Swiss votes on the free movement of West European and Central and Eastern European workers in 2000 and 2005 respectively, trade unions, employer organisations, and government agreed improved ‘flanking measures’ in order to boost popular support for the opening of the Swiss labour marked to European migrant workers. Overall, the Swiss ‘flanking measures’ consist of acts and actions in the following three areas:

The flanking measures against the abusive undercutting of local wage and employment conditions were particularly effective in unionised low-wage sectors, where the measures facilitated the extension of collective wage agreements by law, such as in the construction and the hospitality industries. In order to enforce the equal pay principle for local and migrant workers in the construction industry, for example, tripartite commissions verified in 2010 the wages paid to 50% of all employees in the sector. By contrast, however, the measures were much less effective in other sectors of the economy – especially in services, retail, banking, but also research and development – given the lack of effective corporatist implementation mechanisms in these predominately non-unionised sectors.

We haven’t seen the results of any detailed analysis of Swiss voting behaviour yet, but I wouldn’t be surprised if the success of the Yes-vote could therefore be attributed to highly-paid employees who are holding relatively cosmopolitan attitudes and hitherto supported Switzerland’s opening to the EU, but aren’t working in sectors that are effectively protected by the flanking measures. As mentioned by Rechsteiner and colleagues, Swiss high earners’ fears of labour market competition from highly-skilled university graduates from Switzerland’s neighbouring countries, namely Germany, have played an important role in this year’s referendum campaign. This suggests, however, that interpretations of the Swiss vote along the common divide between (upper-class) cosmopolitansist and (working-class) nationalists – which is dominating much of the current debate on Euro-skepticism – may be misleading.

The defeat of the No-campaign may indeed be better explained by the limited sectorial scope of the flanking measures and a gradual erosion of the class-compromise that hitherto had been sustaining them. Consequently, neither the Liberals and Christian-Democrats nor the Social-Democrats and Greens campaigned wholeheartedly against the SVP proposal. On the one hand, employer organizations and the Liberal Party (FDP) prevented any further strengthening of the flanking measures and their extension to new policy areas. In a heated exchange with the leader of Social-Democratic Party (SP), the FDP president justified his party’s refusal, by mentioning that the point at which the regulatory costs of further ‘illiberal’ flanking measures for businesses exceed the benefits from the bilateral agreements with the EU had been reached (Müller 2014).

On the other hand, Social-Democratic requests for an extension of the flanking measures beyond the labour market may unintentionally also have played into the hands of the SVP. By demanding new flanking measures in new policy areas – for instance, in order to combat housing shortages and accelerated rent increases – the SP implicitly vindicated SVP propaganda that was linking all ills caused by a capitalist economy to the presence of migrant workers, as self-critically acknowledged by several promoters of an ‘open and social’ Switzerland after the vote (Capus 2014, Kreis 2014).

In sum, the very different outcomes of the Swiss votes on the free movement of EU workers over the past 10 years show that EU integration referenda first and foremost reflect the intricate socio-economic and political conjunctures in which the referendum debates took place. These conjunctures, however, cannot be captured if one simply applies the analytical models that are dominating present conventional wisdom, whether they originate from textbook economics or culturalist identity politics.

Roland Erne has been lecturer at UCD since 2003. He is a visiting fellow and adjunct professor at the Department of International and Comparative Labor, ILR School, Cornell University and was Marie Curie Fellow at the Center for the Study of Social Justice, University of Oxford. He is a graduate of the Freie Universitaet Berlin and Sciences Po (Paris) and obtained his PhD in political sciences at the European University Institute in Florence.