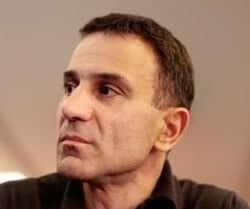 The structural problems within the UK and other mature economies were brought to the surface during and after the financial crisis of 2007-9. In my new paper,  State and finance in financialised capitalism, for the Centre for Labour and Social Studies (Class) I argue that these problems are inherent to contemporary mature capitalism and have to do, above all, with the process of financialisation and the state’s active role in supporting this process.

The financialisation of capitalism refers to the unprecedented rise of finance in terms of magnitude, penetration and influence over policy, society, and the economy. Financialisation first took hold in the 1970s and continues until the present day. During this period, inequality has increased in income terms, but also in terms of the share of national income between capital and labour. The highest ranks of the income distribution have taken the bulk of the productivity gains of the last four decades, to a large extent by using the financial system to extract enormous incomes.

The Three Levels Of Financialisation

Financialisation has occurred at three levels – in non-financial enterprises, banks, and households. Firstly, large, non-financial industrial or commercial companies have become more independent of banks. They possess huge amounts of cash through retained profits and increasingly use that cash to engage in financial transactions without the need to involve banks. Secondly, banks have focused less on the traditional business of lending for investment and production, and more on redirecting their activities towards transacting in financial assets. Thirdly, households and individual workers have been drawn into the formal financial system because more and more are forced to supplement their stagnating wages with increased borrowing. Across the world, working people who have traditionally met their basic needs through state provision of public services have seen that state provision retreat and private provision take its place – again forcing more reliance on private finance and the financial system.

There is no doubt that the state must play a decisive role in confronting financialisation. Effective regulation is a fundamental first step in reversing the trend. However, regulation alone would not be effective without the simultaneous introduction of regulation to control and limit cross-border capital flows.

More significantly, the question of public ownership and control over financial institutions and other areas of the economy must also be placed on the agenda. It is notable that public ownership of banks and other major financial institutions was openly mooted in the course of the crisis of 2007-9, even in the USA. However, public ownership has typically been treated as a temporary counter-crisis measure aimed at restoring the solvency of banks with the aim of returning them to private ownership. Governments have consistently refused to exercise effective control over the banks in which they hold a dominant ownership stake; the typical concern has been to avoid making losses at the time when the banks would be returned to private hands. Financialisation has, meanwhile, continued apace.

It is time for governments to start taking control over the banks in which they hold significant shares. If the public interest was fully represented and democratically expressed within finance, it could help re-establish public service as a superior motive compared to private gain across the economy. A new public financial sector would be a vital step to reversing the ascendancy of finance, while also laying the foundations for a broader transformation of the economy in the interests of the many. Finally, public systems of provision for housing, health, education, and pensions as well as a systematic policy of redistribution of income and wealth would begin to tackle the financialisation of households.

Reversing financialisation and establishing a new relationship between state and finance requires a broad programme of public intervention across a variety of fields which would do no less than transform the entire economy. The greatest challenge facing organised labour, social movements and the political left today is to reverse the ascendancy of finance, while also laying the foundations for an economy in the interests of the many.

This blog was also published on Left Foot Forward

Costas Lapavitsas is Professor of Economics at SOAS, University of London.