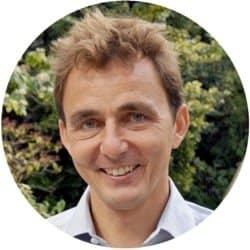 Even if it is likely to be averted in the second round of the Presidential election, France’s populist temptation should not be underestimated, as it highlights the difficulties of one of the founding members of the European Union.

Conventional wisdom depicts France as a stubbornly rigid economy, whose allergy to reform makes it every day less competitive. The increase in trade deficits is the best indicator of this loss of appeal of the French economy.

As is often the case, conventional wisdom depicts a picture that is too simplistic. French productivity is not stagnating now nor did it stagnate in the past. Since the 1970s output per worker in France and Germany has been growing broadly at the same average rate, a much higher one than in the UK or Italy. As for investment, innovation, and R&D, France fares as well as, if not better than, most of its main trading partners. Its workforce is educated; both outward and inward FDI flows are similar to other OECD countries; infrastructures are among the best in Europe; and its overall attractiveness (as measured for example by the Ease of Doing Business index), while not stellar, is anything but worrisome. This is not to deny that France has problems – the main one being an unemployment rate that remains stubbornly high and has cost François Hollande his job. But these problems need to be assessed (and addressed) by looking at the broader picture, which is one of a country comparable in dynamism and performance to other advanced economies.

The current account problem arises on the cost side, as price competition, especially from France’s main partner and competitor Germany, has gradually led to the loss of market share for French firms. But this does not signal a French problem, rather the contrary. Since the Euro’s inception France’s labour costs have grown in line with productivity, while the same cannot be said for Germany, especially after the wage compression that started in the mid-2000s.

Unlike other countries, France chose not to engage in the compression of wages and domestic demand; and, unlike countries in peripheral Europe, it was not forced to go through internal devaluation by a debt crisis. As a result, France’s robust domestic demand absorbs a part of other countries’ excess savings and, together with the rest of the world economy, sustains their growth.

Thus, the sick man of Europe is not France, but Europe itself in that it is becoming chronically incapable of generating enough domestic demand. The current institutional set-up and the policies pursued since 2010, force a choice upon countries: either the Scylla of fiscal competition through decreased labour costs (and the consequent inevitable downsizing of the welfare state); or the Charybdis of protecting the welfare state and losing out in the price competitiveness game. Hollande’s failure and that of many European leaders has been the incapacity to break free of this choice.

If France and Europe do not want to give up their own social model, they need to find a way to sustain growth without engaging in the negative sum game represented by internal devaluation and price competition. It should be clear, especially at this delicate moment, that exiting (from the euro, from the EU) does not represent a viable choice. It is not by substituting external (exchange rate) devaluation for internal (wage) devaluation that countries may regain control over their policies and preserve their social model. A small open economy on its own is more, not less, likely to be subject to external constraint – unless it shuts itself off from the global economy, a choice that never worked in the past. Different policies are either possible within Europe or not at all. Similarly, it is hard to see how, in the current European framework, a single country could preserve its social model while accepting to engage in a price competitiveness race to the bottom.

The fate of the next French President will be decided within the European arena. He should engage in a serious effort to build a coalition and reform Europe; Hollande was elected on such an agenda, but during his term France was remarkably absent from the European debate. We don’t lack proposals that would help us to avoid the race to the bottom: any institutional change putting in place mechanisms that dampen divergence would help. What we cruelly lack is the political will and capacity to impose them. If the new French President fails to play this role in Europe, he will remain trapped between the Scylla and Charybdis that doomed his two predecessors and led to confused and wrong-headed policies. France cannot preserve its social model, if it does not manage to trigger change in Europe. And conversely, only France has the strength to build a coalition aimed at reversing the deflationary policies that have plagued the old continent. On May 7, it is Europe that is at stake.

Francesco Saraceno is deputy department Director of the OFCE Research Centre in Economics at Sciences-Po in Paris.